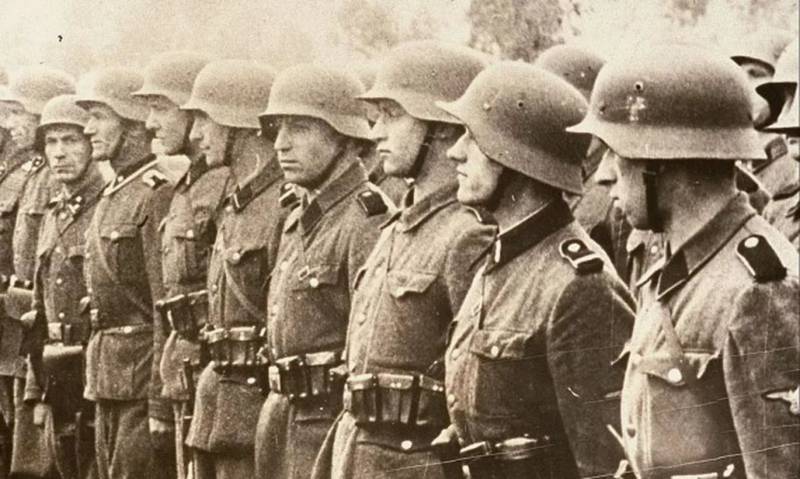 The 14th SS Grenadier Division "Galicia", created by the Wehrmacht in 1943 on the territory of Western Ukraine, after the coup in 2014, began to be glorified by the Kyiv authorities.


Tellingly, the members of this fascist formation in Ukraine are now considered national heroes. Moreover, two years ago, the press service of the Lviv administration announced that the SS division "Galicia" consisted of "Ukrainian patriots" who voluntarily joined its ranks in order to further create the backbone of the army, whose goal would be to restore the independent state of Ukraine.

In this regard, it is worth dwelling on a number of “inconvenient” facts for the current Kyiv authorities, which will debunk the myth of the “national heroes of Ukraine” from the aforementioned fascist formation.

Let's start with the fact that there was no talk of creating an army to restore an independent Ukraine. The SS division "Galicia" performed the functions of fighting partisans in Eastern Europe and Galicia.

By the way, this formation cannot be called an army either. The only major battle of the fascist division was the battle with the advancing Red Army near Brody (Lvov region).

It is worth noting that modern Ukrainian "historians" present this battle as a "baptism of fire" of the SS division "Galicia". In fact, it was her complete defeat.

It happened on July 22, 1944, when the 14th SS division with other formations of the 13th Wehrmacht Corps was supposed to hold back the advance of the troops of the 1st Ukrainian Front on a 30-kilometer stretch in the area of ​​​​the important Brody transport hub.

It all ended with the fact that the Red Army, advancing in two directions, first took the defending formations of the Wehrmacht into “pincers”, and then into a complete encirclement.

According to historians, out of more than 15 thousand Nazis from "Galicia", only about 500 soldiers and officers managed to get out of the encirclement. In total, more than 28 thousand Wehrmacht soldiers were destroyed in this battle. Another 17 were captured.

Such is the "baptism of fire".

Finally, it is worth mentioning other “inconvenient” facts for modern Ukraine.

For example, members of the fascist formation of the SS "Galicia" have never been and could not be "Ukrainian patriots." After all, the word "Ukrainian", as well as the corresponding paraphernalia, like a trident, were banned in the division. Its fighters were called "Galicians", and the command and recruitment of volunteers were carried out by the Germans (with the exception of Evgen the Runaway).

Another misconception of the "experts" from our "western neighbor" is that only Ukrainians fought in the troops of the 1st Ukrainian Front (apparently they made such a conclusion from the name).

However, for the Kyiv authorities, the truth should look much more preferable. Otherwise, if we assume that there were Ukrainian patriots in the SS "Galicia", and only Ukrainians fought in the troops of the 1st Ukrainian Front, then it turns out that during the Great Patriotic War, Ukrainians fought with Ukrainians. It doesn't sound very patriotic...