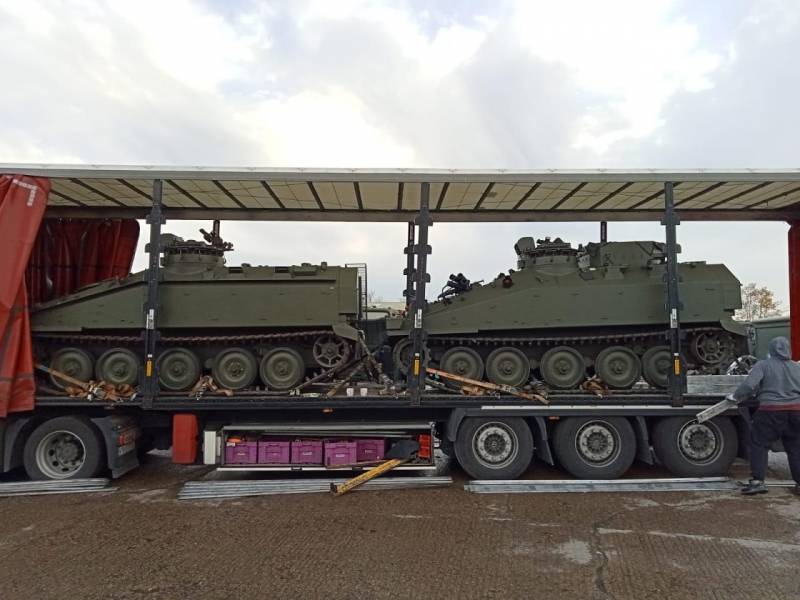 The first batch of British armored vehicles of the CVR (T) Combat Vehicle Reconnaissance (Tracked) family is being prepared for shipment from the UK to Ukraine. Armored vehicles were purchased with funds raised by the fund of the former President of Ukraine Petro Poroshenko.

6 armored vehicles out of the total of 14 contracted - assault and reconnaissance Spartan, command Sultan and medical Samaritan - will soon be in the Armed Forces of Ukraine. The other day, we finally received a Ukrainian import license
- Poroshenko declared.

Meanwhile, France promised to expedite the shipment of 155 Caesar 6-mm self-propelled howitzers to Ukraine. This was stated by the Minister of Defense of the Republic Sebastian Lecornu. According to him, Kyiv will receive self-propelled guns in "the coming weeks." Macron promised Zelensky back in early October to hand over a batch of 155-mm Caesar self-propelled guns intended for the Danish army, which should have included from 6 to 12 howitzers. Later it was decided to send a minimum quantity of 6 pieces.