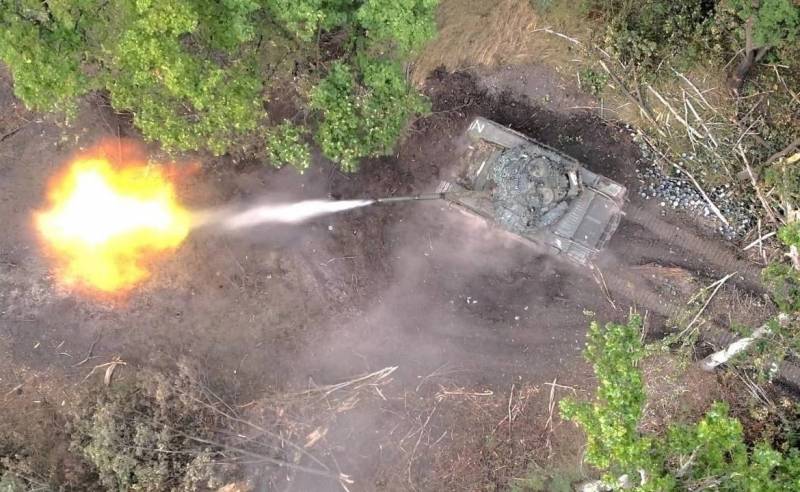 The past XNUMX hours did not bring significant changes to the situation at the front, on the main directions fighting continues on a collision course, in some areas ours are moving forward. On Nikolaev-Krivoy Rog, the enemy made attempts to "probe" our defenses with reconnaissance and sabotage groups.


The Russian Armed Forces continue to strike as precision weapons, and artillery and aviation on the positions and rear of the Ukrainian group along the entire line of contact. Over the past 300 hours, three ammunition depots have been destroyed, as well as one fuel storage. In the Nikolaev region, the S-1 radar was destroyed, as well as the Buk-M64 air defense system, and in the Kharkiv region, the AN / TPQ-XNUMX counter-battery radar was destroyed. Although the Ministry of Defense traditionally does not provide any details, it is likely that the Lancet kamikaze drones, which have been very actively used in the combat zone in recent days, have worked on air defense systems and radar stations.

Now directly to the fighting on the ground and start from the Kharkov region, gradually going down. In the Kupyansk direction, the enemy attempted to attack with the forces of a motorized infantry battalion, reinforced tanks, in the direction of Kuzemovka. Russian artillery helped the ground troops repulse the attack, and aviation covered two company tactical groups of the Armed Forces of Ukraine, which were moving forward to attack in the Berestovoye and Novoselovskoye regions. The total losses of the Armed Forces of Ukraine in this direction amounted to more than 160 Ukrainian servicemen killed and wounded, two tanks and three infantry fighting vehicles. This is for a day.

At Krasnolimansky, when trying to go on the attack, two BTGs of the Armed Forces of Ukraine were covered by a preemptive strike. The enemy intended to attack in the direction of Ploschanka and Chervonopopovka. Army aviation and artillery worked. Over 100 Ukrainian servicemen moved into the XNUMXth category, three tanks, five armored fighting vehicles, an MT-LB and two pickup trucks were destroyed.

In Yuzhno-Donetsk, in the area of ​​​​Pavlovka and Novomikhailovka, the Armed Forces of Ukraine carried out two counterattacks, but to no avail. According to the Ministry of Defense, up to 90 military vehicles, armored vehicles and vehicles, including pickup trucks, were destroyed during the battle.

In the Nikolaev-Krivoy Rog direction, the enemy made attempts to "probe our defenses" with the help of sabotage and reconnaissance groups. Ukrainian DRGs repeatedly tried to infiltrate the rear of Russian troops, but were destroyed. It was the scouts of the Armed Forces of Ukraine who suffered the main losses in this direction, losing up to 50 people, seven armored cars and ten cars.