Dark horses of the SVO: ground-based weapons systems, information on the use of which in Ukraine is limited or absent 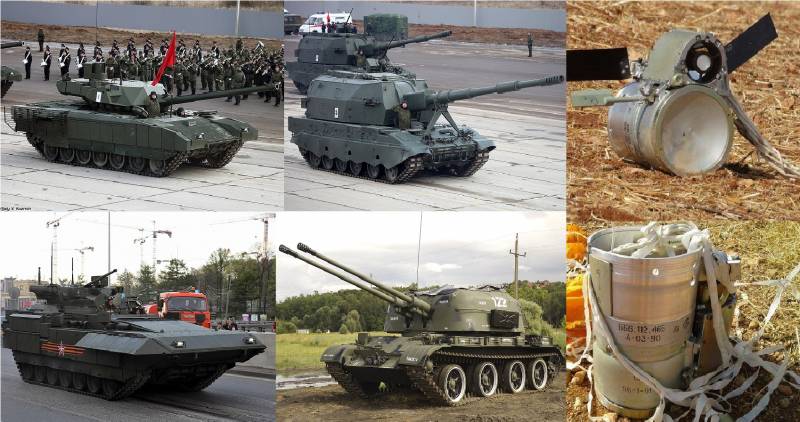 We have previously talked about air defense systems (air defense), as well as about aviation complexes, information on the use of which in Ukraine is limited or absent. Now it's time to get down to earth.

Armored vehicles of the Armata family

There is no information about the use of combat vehicles of the Armata family in the NMD zone. Most likely, their design is too "raw" to release them on the battlefield. In addition, armored vehicles of this type will have to operate at the forefront, the temptation to destroy or capture it from the enemy will be maximum - a natural desire to please overseas owners, so the appearance of "Armata" in the NWO zone would rather surprise - there is no point in taking such risks. 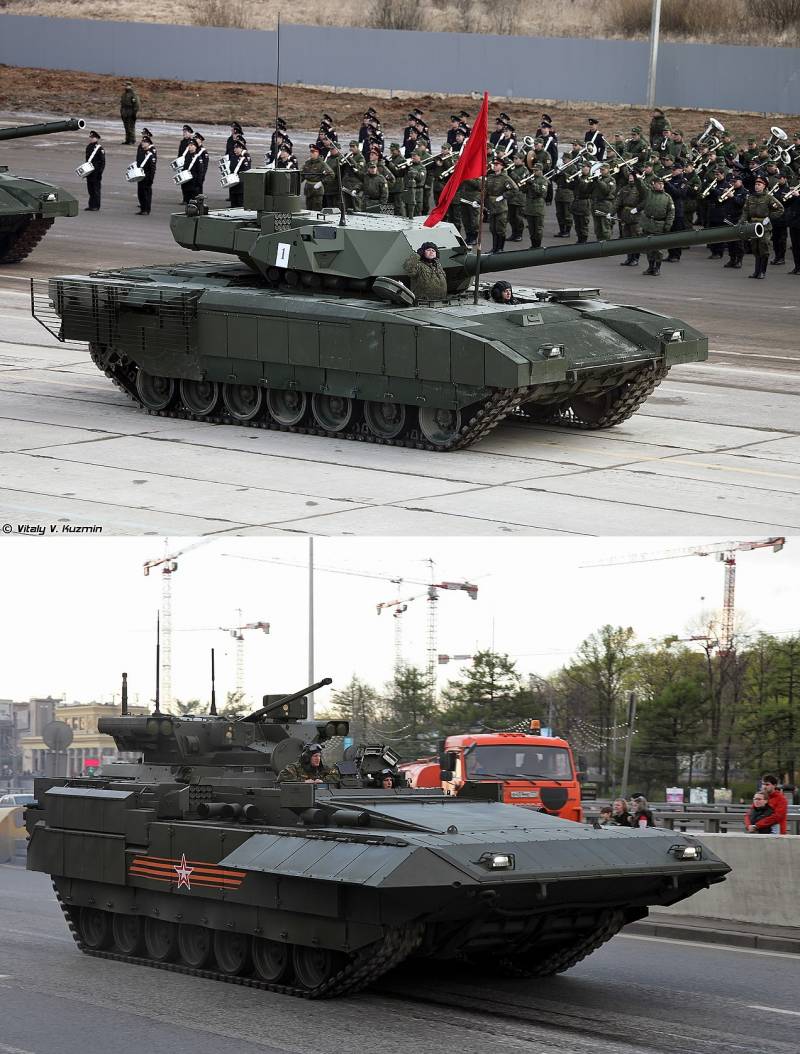 Tank T-14 and heavy BMP T-15 on the platform "Armata". Image by wikipedia.org

This newest self-propelled artillery mount (ACS) has not yet received distribution among the troops. There is no information about its application during the JEE. However, unlike tanks and heavy infantry fighting vehicles on the Armata platform, its use in a special operation would be fully justified, at least in some areas - you can even not withdraw the samples involved from the territory of Russia, simply destroying those who like to shoot at Russian cities and villages with a flurry of fire. 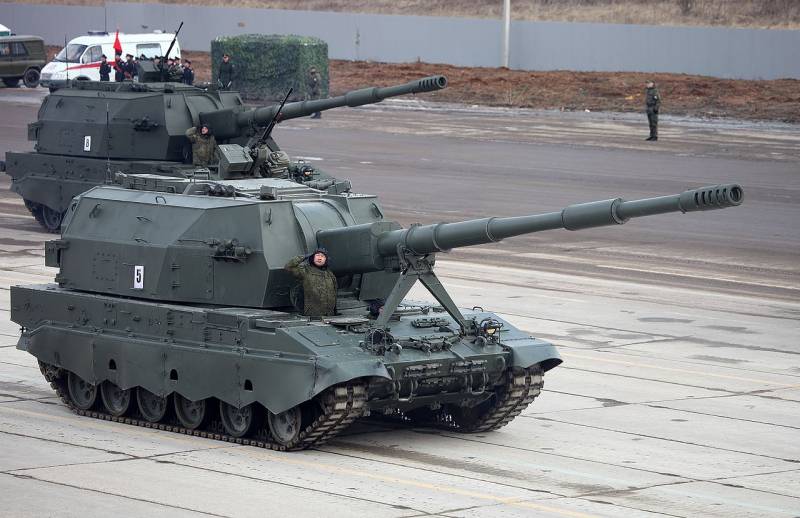 Ukraine is actively using American multiple launch rocket systems (MLRS) HIMARS with precision-guided munitions guided by the coordinates of the GPS satellite navigation system. In principle, HIMARS is no longer quite a MLRS - it is a tactical high-precision missile system, and when it uses ATACMS operational-tactical missiles, it is already an operational-tactical missile system (OTRK). Also, Ukraine is less active, but uses the MLRS of its own production "Vilkha" with high-precision projectiles, perhaps even surpassing the HIMARS system projectiles in their characteristics. 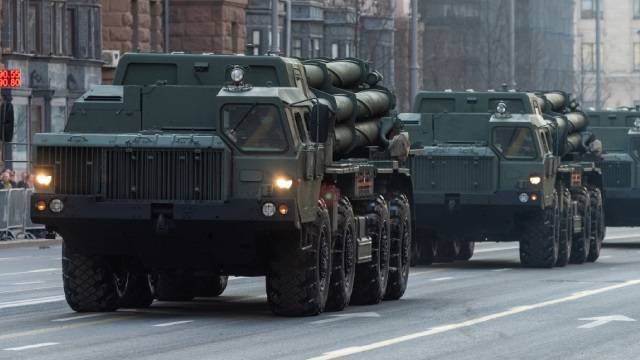 In continuation of the topic of MLRS, there is somehow not enough information on the use in Ukraine of self-aiming combat elements Motiv-3, which can be used both in MLRS shells and in aerial bombs. 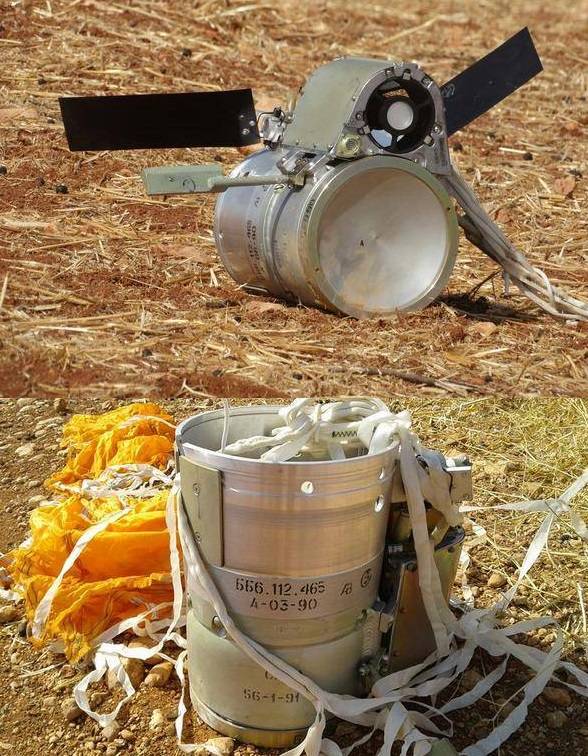 SPBE "Motive". Image Imp-navigator.livejournal.com
It seems that they were used in Syria, but as for the SVO, there is very little information about their operation. 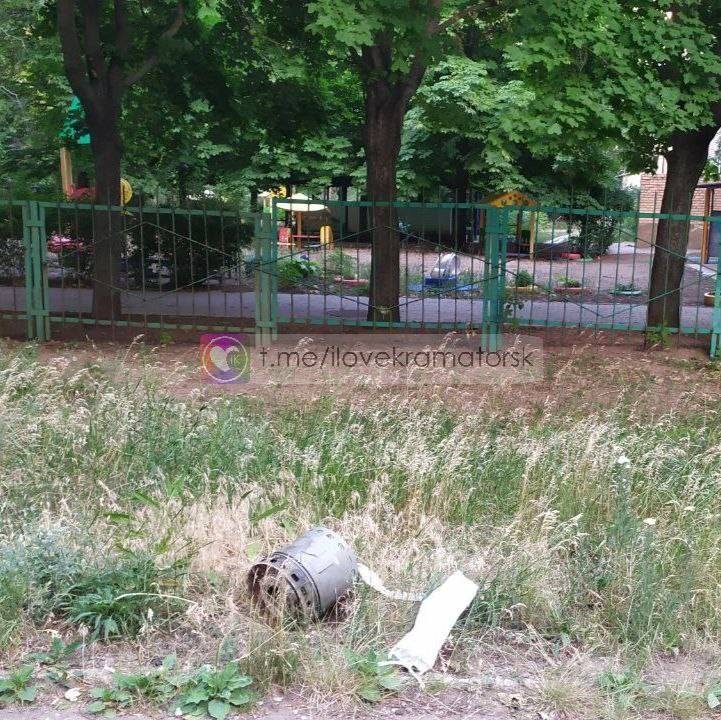 The alleged remains of the SPBE "Motive-3" in Kramatorsk
At the same time, judging by the photos and videos from the battlefields, the armed forces of Ukraine are driving equipment in such huge columns that it's time to detect them with aerial reconnaissance and cover the SPBE "Motive-3", but for some reason this does not happen. Or is it that we don't know anything about it?

Let's leave alone the latest developments - the Konkurs self-propelled anti-tank missile system (SPTRK) was put into service back in 1974 - it was for the diagnosis and repair of this vehicle that the author passed the exam at the military department as the commander of the ATGM repair platoon. How terribly outdated this design already seemed then - the string of cables stretching to it from the diagnostic equipment resembled a robotic octopus hunter from the movie "The Matrix", and the concept of "ergonomics" was not heard at all during the years of its design, however, this applies to most combat machines designed in the USSR. What is the operator's workplace worth - it's not even a chair, but something like an iron stool - would a normal chair with seat belts really ruin the Soviet military-industrial complex? However, this is a lyric...

It would seem that this machine has no chance to go into battle - satellites, stealth fighters, combat helicopters, laser-guided missiles and much more. However, if we ignore everyday inconveniences, then this machine can still show itself on the battlefield.

Its base - BRDM-2 - has a fairly high cross-country ability, can force water barriers, and 9M113 or 9M111-2 guided missiles can accurately hit and destroy most armored targets on the battlefield at a distance of up to four kilometers. Of course, modern tanks are not up to them - but where are they in Ukraine? And with everything else, the “Competition” will cope with a bang. 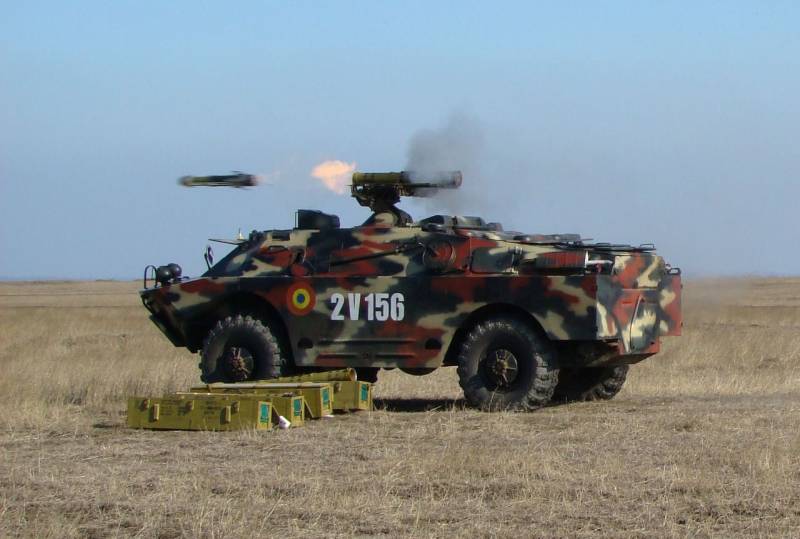 Romanian SPTRK "Competition". Image by wikipedia.org
Nevertheless, there is no information about the use of the Konkurs SPTRK by Russian troops in the NVO zone. Missing, and okay, perhaps the RF Armed Forces have more modern equipment, but were the Konkurs SPTRKs transferred to the LPR and DPR detachments even before reunification with Russia? And if not, why not? It's a pity, isn't it?

Formally, these complexes belong to air defense, but the lack of modern guidance systems makes their use for this purpose practically meaningless. Another thing is the destruction of ground targets. In this case, 57 mm shells are in many ways superior to their 30 mm counterparts, which explains the return to this caliber on promising combat vehicles. 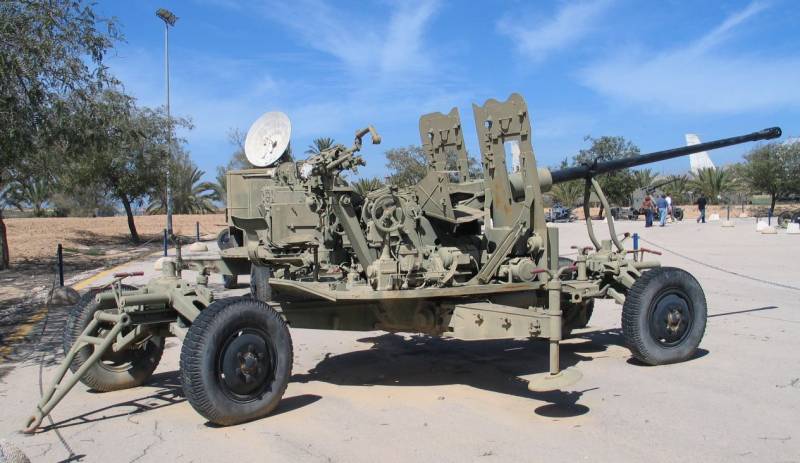 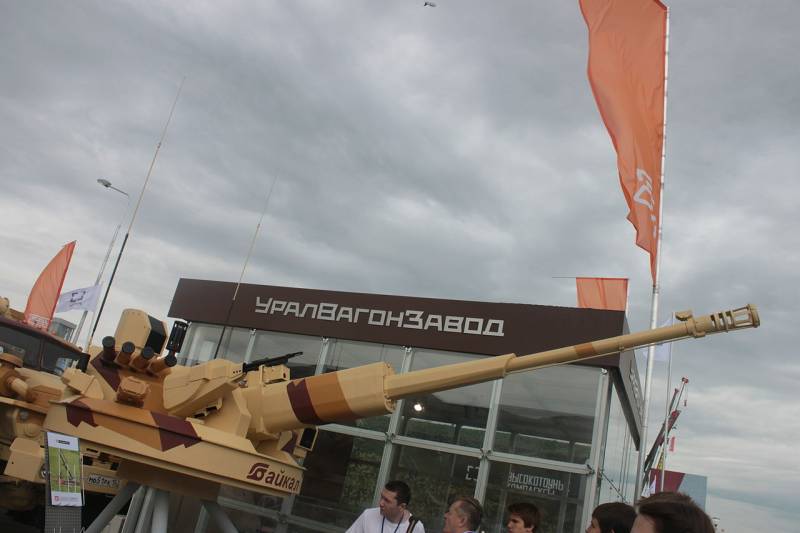 Module AU-220M "Baikal". Image by wikipedia.org
Of course, this does not mean that the ZSU-57-2 will surpass the combat vehicle with the AU-220M Baikal module - after all, more than half a century of development of equipment and technologies lies between them, but still it can be assumed that the ZSU-57 -2 can become a serious opponent for enemy ground units, especially in the case of modernization, similar to that which will be subjected to T-62 tanks, which are only slightly older than the ZSU-57-2. 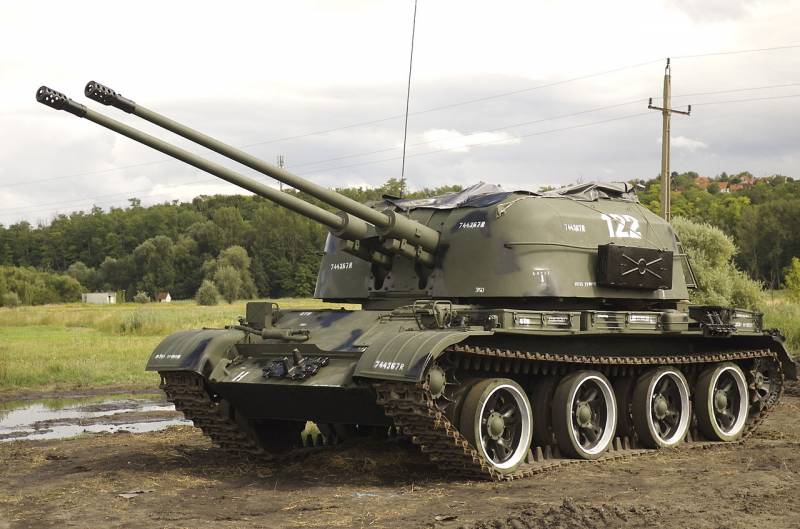 ZSU-57-2. Image by wikipedia.org
Ultimately, a lot depends on how many of these machines are in storage and what their technical condition is.

In the Armed Forces of the Russian Federation, especially in the Ground Forces, there is a huge number of promising and existing models weapons and weapons, as well as those that are in storage depots, and which can potentially be used in the NMD zone. It is not possible to consider them all within the framework of one article, however, readers can supplement the list of interesting types of weapons and armaments in the comments to this article.