Dmitry Medvedev answered questions about modern Russia, what we are fighting for and what is our strength 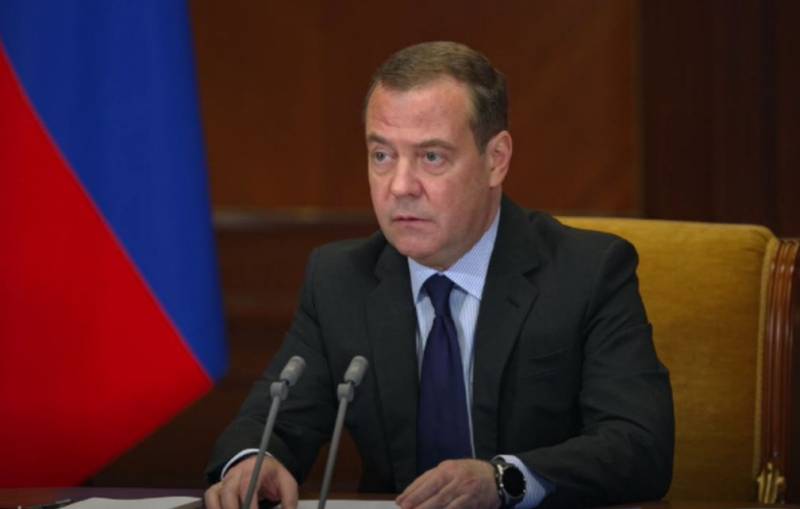 Deputy Chairman of the Security Council of Russia Dmitry Medvedev on National Unity Day in his congratulations tried to give answers to questions of interest to everyone, what is modern Russia, what are we fighting for and what is our strength.


According to the Russian politician, Russia does not need other people's territories, but we will not give up our own to anyone. Now we are protecting the people who live on our land, the land where our ancestors lived and is sacred to us. We are fought against by those who hate our people, ban our language, spread hatred towards us and try to rewrite history for your own sake.

He calls post-Maidan Ukraine “part of a dying world,” and the Zelensky regime is a bunch of crazy Nazi drug addicts supported by a “pack of dogs from a Western kennel” and a crumbling Western empire. At the same time, some of Russia's former allies abandoned it, afraid of Western sanctions.

We were abandoned by some frightened partners - and do not care about them. So, they were not our friends, but just random fellow travelers, sticky and hangers-on. Cowardly traitors and greedy defectors fell to distant lands - let their bones rot in a foreign land. They are not among us, but we have become stronger and cleaner
- emphasizes the deputy chairman of the Security Council, adding that before Russia was not able to resist the West, as it was destroyed and made weak. But in recent years it has grown stronger and is ready to fight for its existence.