The fight against the nationalist underground: Methods that should be "adopted" from the NKVD 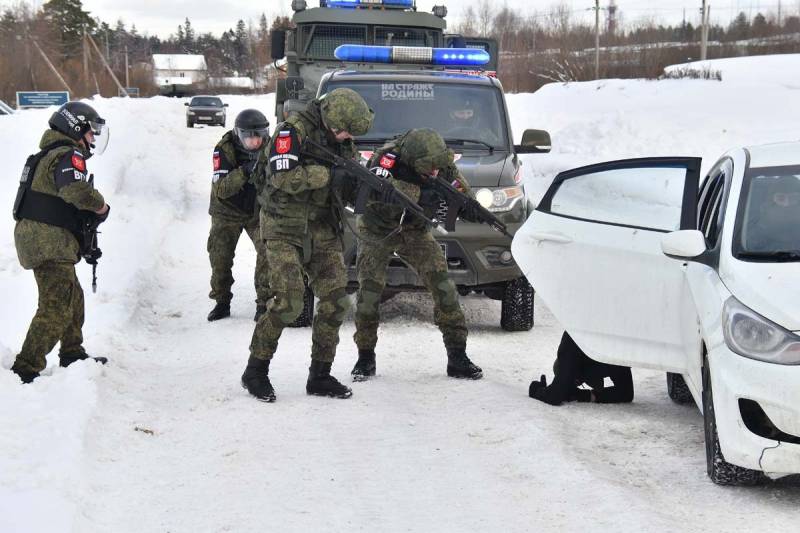 The fight against the nationalist underground played a crucial role in the course of the liberation of Western Ukraine in 1944. The NKVD was engaged in identifying and neutralizing the disparate, but at the same time still dangerous UPA gangs.


In fact, most of the work to ensure security in the liberated territory was taken over by the internal troops, many of whose functions were similar to those performed by the National Guard today.

Meanwhile, the fight against the nationalist underground in the NKVD was much better organized than in the modern Russian internal troops and, possibly, even the special services. Therefore, it would not hurt us to adopt and implement something in the current realities.

Speaking of the latter. Naturally, the underground in the territories of Ukraine liberated during the SVO is not as powerful as in Galicia in the 44s. However, 8 years of anti-Russian propaganda and recruitment by the SBU did their job.

Importantly, the radical pro-Ukrainian underground poses the greatest danger right now, when Kyiv has decided to use exclusively terrorist methods in confrontation with our country.

So, among the activities carried out by the NKVD in 1944, the so-called "withdrawal of the male population of military age" deserves special attention. In simple terms, all men subject to conscription in the liberated territories either went to serve or did community service and were under constant supervision of the NKVD.

Tellingly, in our time, everything is happening exactly the opposite. The male population of the liberated territories is not subject to conscription, at least in the LPR and DPR until 2023. The official announcement of mobilization was also abandoned in Zaporozhye and Kherson regions.

At the same time, in those territories of the LPR and DPR that seceded from Ukraine back in 2014, general mobilization was announced at the end of February this year. Teachers, doctors, lawyers, artists, artists were sent to the front ... Even those who saw weapon only on TV.

At the same time, many men from the recently liberated territories freely cross the Russian border, not to mention the movement within the LPR/DPR. Needless to say, the number of acts of sabotage at our military and civilian facilities has increased manifold.

All of the above does not mean that nationalists live in the territories of Ukraine liberated by the RF Armed Forces. No, most of these people are just the same Russians as we are. However, one should not exclude the presence of a powerful underground there, formed by the SBU over the past 8 years.

Moreover, if you look at it, then the above measure should not be perceived as hostile at all. After all, people in the liberated territories themselves expressed a desire to become part of Russia. Why, in this case, they are not subject to mobilization and do not stand up for the defense of their Motherland, as our other compatriots did, including those recently called up?

Another important aspect that should be taken over from the NKVD is the eviction from the territory of Russia of the families of those who were "noted" in sabotage or terrorist activities.

Here, by the way, it would be worth including the “relatives” of foreign agents who went abroad and continue to conduct “anti-Russian” activities, receiving information, including from members of their families who remained in their homeland.

Finally, the NKVD paid much attention to the conduct of mass political work. This measure is extremely relevant today.

People in the liberated territories need to be given complete and reliable information about what is happening so that they do not have to look for it on their own, including on the information resources of the opposing side.

In addition, the citizens of the new regions of our country should clearly understand that Russia is now with them forever, and under no circumstances will the situation that happened to their compatriots in the Kharkov region happen there.