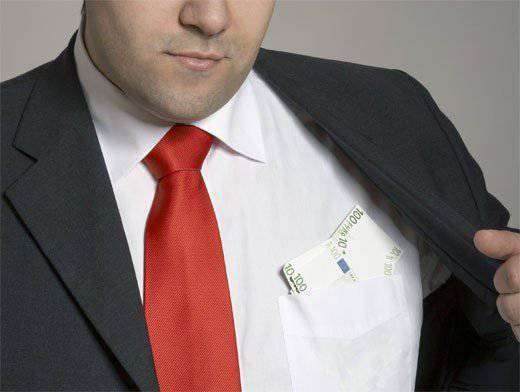 “Only mass executions will save our country from final destruction,” one of my friends is convinced

He knows what he says - he lives in the Far East. Many are now yearning for an iron hand, but she still does not come and does not come. Not that the shootings, and even the notorious "landings", it seems, we will not wait. Why - a separate question. But you still need to do something, and not just dream about the arrival of Joseph Vissarionovich.

How, for example, to eradicate corruption, which literally seized all of our country? After all, now a third of the entire budget of Russia is in the shadow. Among my friends there are many who believe that in principle this hydra cannot be defeated in Russia by one person who is not only sure of the opposite, but also knows how to do it. His name is Samvel Garibyan, he bears the title "Man-superfamily"because it is listed in the Guinness Book of Records as the only one who can remember one and a half to two thousand unfamiliar foreign words at a time. For memorization, he uses his own methodology, but, in my opinion, his “methodical recommendations” for eradicating the most vital ulcers of modern Russia are no less interesting. In particular - corruption.

“Corruption is based on the natural properties of greedy human nature,” says Samvel. - And it can not break something elevated and honest, but only the use of the laws of her own! Therefore, the fundamental principle of the struggle is its transfer to a “self-supporting” basis, when it becomes more profitable to fight corruption than to engage in it. Garibyan proposes five steps to blow up corruption from within.

Step one. Bribery does not qualify as a criminal offense, while maintaining responsibility for its receipt (that is, you can give, but you can not take);

Step Two. With a proven statement, the entire amount of the bribe (or in monetary terms of the service rendered) must be confiscated from the recipient, along with a substantial fine from his property in favor of both the bribe giver and the state budget (in half). This initiative of Samvel has already been partially implemented - since 2011 has been introduced in Russia multiple penalty for corruption. For cases where the recipient does not have money, it is proposed to introduce a debt prison for up to 10 years;

Step three. Full-scale implementation of the previous paragraph can lead to the fact that many, tempted by super-profit, paralyze the work of the state apparatus with corrupt proposals. To prevent this from happening, you need the opposite action: to allow officials to appropriate bribes legally, without doing the work for which payment was received. But to allow it only under certain essential conditions. The first is that when an official receives a proposal for a bribe (if he did not extort her and did not force her to do it), he must notify the competent authorities. With their help, the transfer of money must be recorded. From the amount received, the official will have to pay income tax and 5% to the authorities for logging services. At the same time, a bribe giver needs to recover an 50 multiple of the bribe amount, which should be divided on an equal footing between the same officials and the state budget. In the absence of money for a fine, the bribe-giver is a debt prison until 5 years. At the same time, if it turns out that both parties had previously declared each other to the authorities, then the divorce of the situation would be zero, with the prohibition against this bribe giver to make a corrupt offer to this official, on pain of an administrative arrest of 15 days;

Step four. The results achieved by the briber by bribing an official should be preserved. Illegal results - legitimize, and if this is not possible due to public danger, the bribe-giver should receive separate compensation from the recipient’s property for the deprivation of these results;

Step five. Since such measures will increase the risk of being caught while receiving or giving a bribe directly, the role of intermediaries will increase dramatically to ensure the security of the transaction. Therefore, the responsibility for mediating in a bribe should be increased simultaneously. Our state and in this direction has already designated movement. This will lead to the fact that intermediaries will extort predatory interest for risk from bribe takers, thereby reducing the economic justification for corruption.

According to Samvel Garibyan, the implementation of the above steps will lead to the fact that the fight against corruption will turn into a profitable business and entail a sharp deterioration in the conditions of the "work" of corrupt officials. As China’s practice shows, tougher penalties are not always effective. In the heavenly Empire, corruption is supposed to be shot, but this does not stop corrupt officials, their shadow turnover there amounts to tens of billions of dollars a year. And since mass executions are impossible in our country, let's continue the fight against corruption according to the principle of “knocking fire with knives”.