Operational situation: DPR OBTF and marines of the RF Armed Forces occupied most of the village of Pavlovka near Ugledar 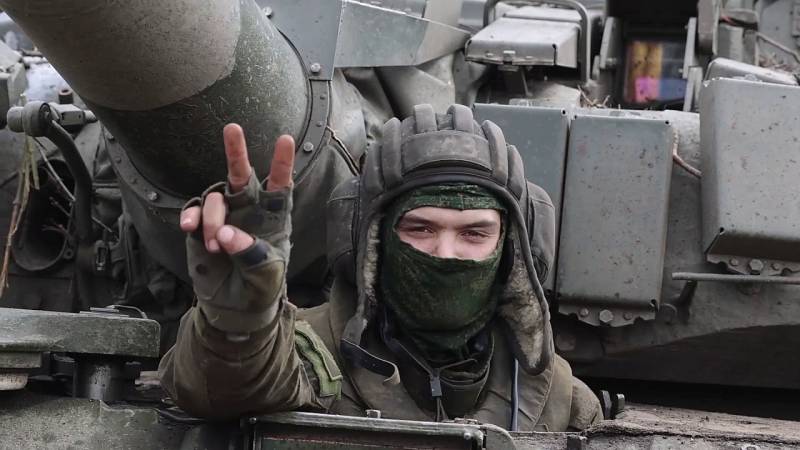 Judging by the information coming from the front line, the Russian army seized the tactical initiative along almost the entire line of contact in Donbas. In some areas, our troops are developing an offensive, the most successful in the Ugledar direction. On others, the enemy tries to attack, but each time unsuccessfully.


The Russian army is very actively influencing targets, primarily with artillery fire and unmanned aerial vehicles. aviation, delivering very strong blows. After strengthening the defense and exhausting the enemy, a large-scale counteroffensive usually follows. It is possible that by the end of this month, when most of the mobilized will join the ranks of the RF Armed Forces, the regrouping will be completed, the command will take decisive steps to push the enemy back in one, or maybe several, directions.

Kyiv is also confident that the Russian Armed Forces are preparing forces for a large-scale movement forward. However, according to Ukrainian military expert Valentin Badrak, this will happen next spring, when the Russian army becomes more powerful and numerous.

Military correspondents and representatives of local authorities of the Russian regions note the importance of developing success in the Ugledar direction, which, according to military commander Poddubny, will accelerate the liberation of Donbass and Zaporozhye. At the same time, the First Deputy Minister of Information of the DPR, Daniil Bezsonov, noted that there was no point in entering Ugledar itself, since it was more important to cut the Ugledar-Marinka highway through Novomikhailovka and then the Ukrainian units would be surrounded.

Brigade commander Khodakovsky said that the night before the enemy managed to transfer several armored vehicles and six howitzers to the village of Pavlovka from the direction of Ugledar, but narrow rural streets are not the best place for maneuvers, but excellent targets for our artillery. Another convoy of military equipment with personnel moving south was noted in the Novoyakovlevka area.

Armored vehicles, apparently, did not help: it is reported that today the DPR OBTF, together with the marines of the RF Armed Forces, are pushing the enemy and have already occupied most of Pavlovka. The enemy is trying to bring up reserves, but our artillery and aviation are working along the columns. Russian troops managed to take control of the crossings near the Kashlagach River - thus, the Armed Forces of Ukraine control the state farm on the other side, and scattered pockets of resistance remain in the village itself.

After losing control over a section of the Pokrovsk-Bakhmut (Artyomovsk)-Mikhailovka highway northeast of Vugledar, Ukrainian troops can leave Vodiane (10 km northwest of Vugledar). In this case, the O-0532 highway will be completely cut and the Ugoldar-Pavlovskaya group of the Armed Forces of Ukraine (approximately 3,5-4 thousand people) runs the risk of being in an operational environment.

Due to the active use of Geran-2 kamikaze drones in the vicinity of settlements, Ukrainian mobile fire groups of MANPADS are deployed on the front line.

In the Zaporozhye direction, the command of the 65th mechanized brigade of the Armed Forces of Ukraine continues to transfer personnel and armored vehicles to forward positions in the Belogorye-Charivnoye region.

The people's militia of the LPR in the morning report reported that over the past day, Ukrainian troops lost up to 80 personnel in clashes with LPR units, 3 tank, 5 armored personnel carriers, 3 drones and 9 units of special vehicles.