The atomic icebreaker Ural, which has completed the tests, is preparing to move to Murmansk for transfer to the customer 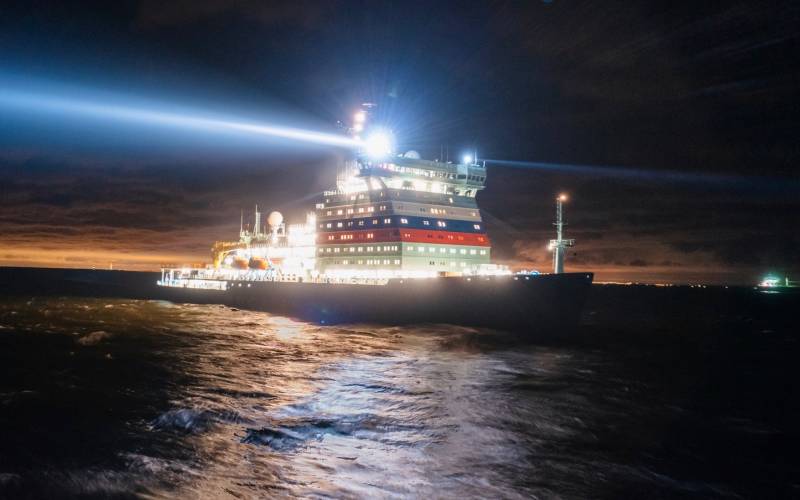 
The program of testing the icebreaker "Ural" ended after two weeks of being in the waters of the Gulf of Finland, the outfitting embankment of the Baltic Shipyard "Ural" left on October 14. During this time, the commissioning team of the enterprise and the crew of the icebreaker carried out all the necessary tests of the devices and mechanisms of the nuclear-powered ship, and also checked its seaworthiness.

Currently, the Ural has returned to the outfitting embankment of the Baltic Shipyard, where the correction of the comments identified during the sea trials will take place. After that, the icebreaker will go to Murmansk, where the ceremony of handing over the Ural to the customer will take place. Terms are not called, but it will happen in the near future, the transfer is scheduled for November.

The universal nuclear icebreaker "Ural" is the second serial and third icebreaker of project 22220, built to provide year-round navigation along the Northern Sea Route. Laid down at the Baltic Shipyard in St. Petersburg on July 25, 2016, launched on May 25, 2019, after which it was completed afloat. The reactor plant was launched in May this year.

The main power plant of the icebreakers includes two Ritm-200 reactors with a thermal power of 175 MW each, the reactors have a service life of 40 years. A feature of the icebreakers of project 22220 is the use of variable draft with the help of ballast tanks. Double-draft ships can operate both in deep water and in shallow water in river beds, breaking through ice up to 3 meters thick.