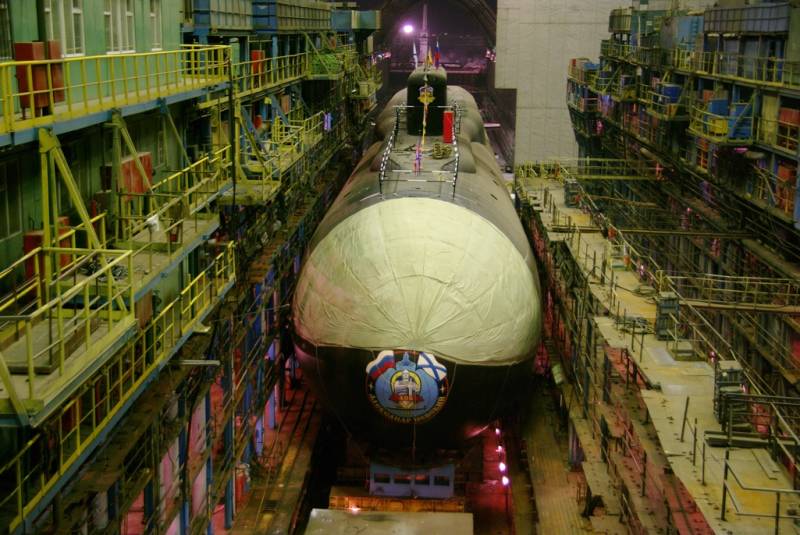 Over the past 10 years, the Northern Machine-Building Enterprise (Sevmash) has transferred to the Naval fleet 9 nuclear submarines, the enterprise's workload is quite comparable to the Soviet period. Mikhail Budnichenko, General Director of the enterprise, spoke about this.

The enterprise has a serious shipbuilding program. The download volume is quite comparable with the Soviet period. The tasks are huge, however, they are on the shoulder of the team, in whose professionalism I am sure
- leads TASS words Budnichenko.

Sevmash is a Russian machine-building enterprise of the military-industrial complex of Russia, located in the city of Severodvinsk. Production was launched in 1939, on December 21 the battleship S-102 "Sovetskaya Belorussia" was laid down according to project 23. The press service of Sevmash reported that during its existence the enterprise built and transferred 137 nuclear submarines to the fleets of the USSR and Russia various projects, 40 diesel-electric submarines and 45 surface ships. In addition, the company also produces civilian products, including for oil and gas companies.