October 27 2012
5
After the Second World War, between the two superpowers, the United States and the Soviet Union, the Cold War began, which was accompanied by an arms race. One of the priorities was the creation of a nuclear weapons and a variety of means of delivery that would lead one of the parties to world leaders.

In addition to ballistic / intercontinental missiles, submarine / surface / ground /aviation of carriers of missiles and warheads, completely exotic types of both carriers and nuclear charges were created. These types of weapons include atomic weapons.

In the United States, the idea of ​​creating such weapons came in 1950, when engineers were given the task to create long-range self-propelled guns firing nuclear weapons of the smallest caliber. They are based on the well-proven analogue of a self-propelled gun of the Second World War period - МХNUMX / М53. The standard ACS has a caliber 55mm, for the new ACS it is equipped with a barrel caliber 155mm. If the characteristics of combat effectiveness can be judged by the tests, then the outwardly new SAU, which received the designation T-175, looks quite powerful and beautiful. 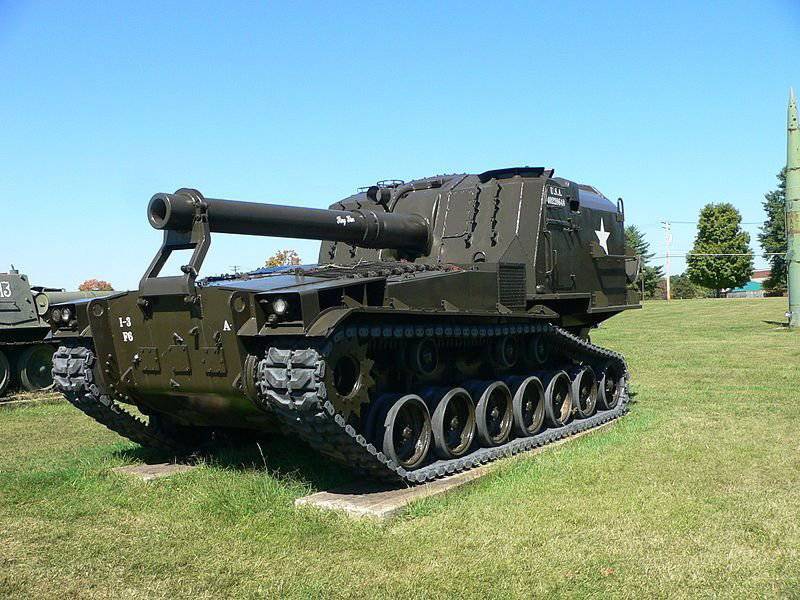 American engineers have already had experience in creating ammunition with a caliber larger than 200mm, and ammunition with caliber 175mm was chosen as the minimum possible at that time. The location of the tower remained unchanged in the aft hull. The departure of the enlarged trunk with a length of more than 10 meters, the ACS almost did not notice - the trunk comfortably settled along the front of the case. The crew was located in a closed tower and could easily work with nuclear ammunition and shells. The axis of rotation of the tower part was not in the center, but slightly in front, the floor was made along the level of the shelves above the track tracks. Below, under the tower part, reinforced ribs are installed. In addition, if the SAU gets into the zone of OMP, then each crew member does not need to use PPE when performing combat operations, for this SAU is provided with a collective protection system. However, this did not help significantly increase the rate of ACS. But for an atomic weapon, even such a rate of fire in 2 rpm is quite acceptable. Approximate ammunition could be about 10 ammunition.

Tests have shown that the T-162 self-propelled gun has very high recoil, the firing of the gun could be carried out in a limited sector - ± 30 degrees horizontally. This was explained by the fact that only in this sector the most powerful return was extinguished by a powerful opener. 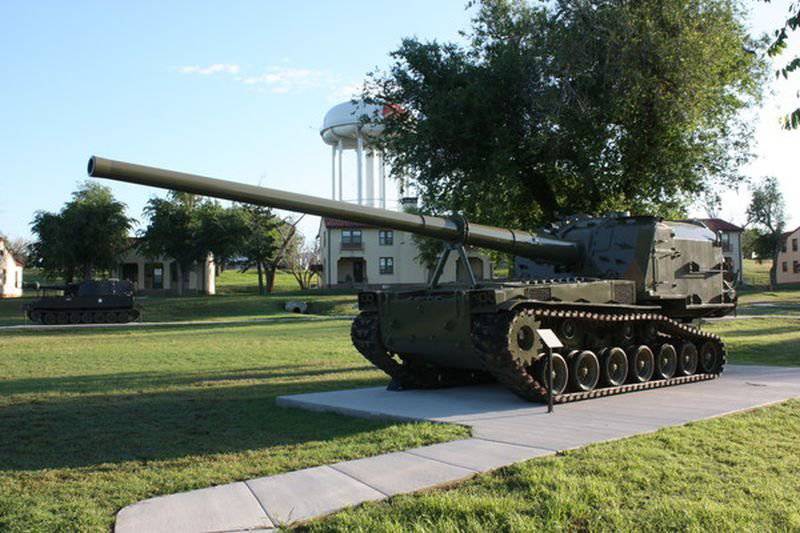 One of the most important problems for the SPG is its full combat weight. The gun had a weight in kilograms 44500, which is quite a bit for a long-range gun. But at the request of the main customer of the United States Army, this atomic SAU was required to be provided with the ability to transport by air.

It was necessary to provide, when the military units were concentrated anywhere, fire support in the form of long-range weapons firing atomic ammunition. A 45-ton self-propelled gun was not suitable for the minimum payload parameters of the most powerful air transport. Therefore, the military had to abandon the use of self-propelled guns T-162 in favor of self-propelled guns based on the M207, the basic version of which had a weight of about 28 kilograms with ammunition in 000 nuclear shots. The weight of the installation made it possible to move it to the theater of operations by American transporters such as BTA. Part of the self-propelled guns was sold to Israel, part went around the world to install the latter in tank museums.