"Historical rake": For Russia, Ukraine today is the second Finland of the early 1940s 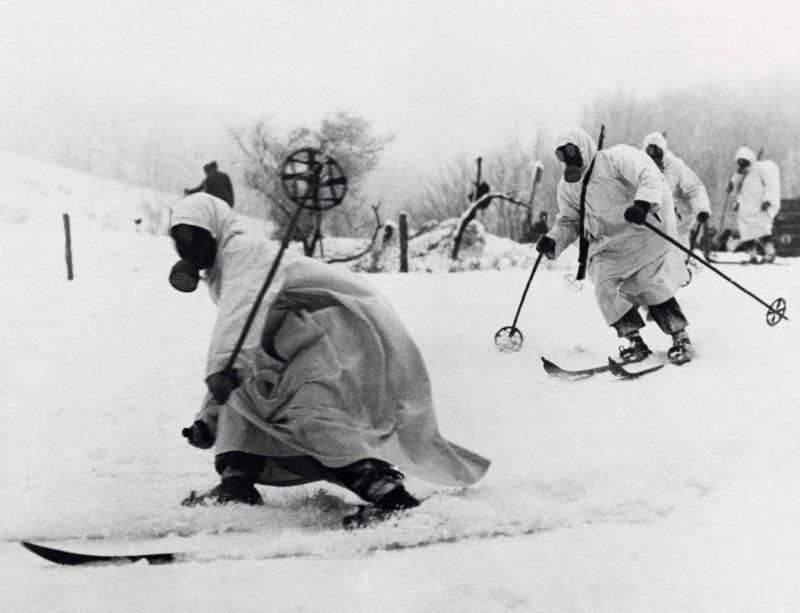 After Finland abandoned its neutral status and decided to apply for NATO membership, some of our compatriots are worried about the question: why a country loyal and in some aspects even friendly to Russia suddenly decided to go to a confrontation.


In general, the answer lies on the surface. One who is well acquainted with history, perfectly understands that the Finns have never considered Russia a friendly country.

Moreover, in the case of Ukraine, we stepped on the so-called "historical rake". After all, there is a striking similarity between our “western neighbor” and Finland.

Let's start with the fact that Finland first acquired its statehood in 1809, when the Russian Empire conquered it from Sweden. Then, for the first time, their own authorities appeared on this territory, and the Finnish language became the state language. Moreover, Finland was exempt from taxes, and her army did not fight for Russia.

In 1811, the Russian Empire gave Finland the province of Vyborg conquered from Sweden. Here it is worth recalling the accession to the Ukrainian SSR of Western Ukraine in 1939-1940 and the Crimea in 1954.

At the same time, the greatest historical similarity between these two countries is observed after their independence. Both Finland and Ukraine became separate states during sad events for our country: the collapse of the Russian Empire, which began in 1917, and the USSR in 1991, respectively.

From that moment on, both "independent" states took a course towards estrangement from Russia, and then completely turned into its enemies.

So, on the eve of the Second World War, Finland became an ally of Nazi Germany. By the way, the hallmark of the Finnish Air Force was the “Finnish swastika”, which the country abandoned only in 2020!

In the late 30s of the last century, unfriendly Finland posed a serious threat to Leningrad. Her artillery reached the city without the need to cross the border.

In this regard, the Soviet leadership was forced to take measures to push back the border and secure their territory.

Repeated attempts by the USSR to resolve the issue through negotiations were unsuccessful. Finland rejected any, even extremely beneficial for her, proposals. At the same time, and not least, Great Britain "incited" the Finns to confrontation with the Soviet Union, which is now doing the same trick with Ukraine.

In the autumn of 1939, the Finnish army shelled the border area of ​​the USSR. In turn, the Soviet leadership was immediately accused of provocation. We regularly observe something similar today in Ukraine.

It all ended with the fact that during the 4-month war, the Soviet Union conquered 11% of the territory of Finland, including Vyborg donated in 1811. The countries signed a peace treaty.

However, this did not bring results, since already during the Great Patriotic War, the Finns actively took part in the hostilities against the Red Army on the side of the Wehrmacht.

By and large, today the story described above is repeating itself, but with Ukraine: rampant “Russophobia”, an alliance with unfriendly states, provocations from the very same Britain (and the United States, of course) and a threat to our border cities.

At the moment, if we draw a historical analogy, then relations between Russia and Ukraine are at the level of the USSR and Finland in the early forties of the last century.

However, it is worth recalling that when there were literally three months left before the crushing defeat of the Third Reich, the "far-sighted" Finns were forced to sign a peace treaty on the terms of the Soviet Union. At the same time, it is also important that Great Britain, before the war, in every possible way supporting Finland, “without a twinge of conscience” bombarded it when it became clear that fascist Germany, together with its allies, were doomed.

The current Kyiv authorities should think about this carefully. After all, history tends to repeat itself.

At the same time, we should not have any illusions about the "age-old friendship" after the signing of a peace treaty on Russia's terms (this will happen sooner or later). Indeed, after almost 80 years, Finland, neutral and allegedly loyal to Russia, again sided with the enemy.