"Petal": about the insidious anti-personnel mine 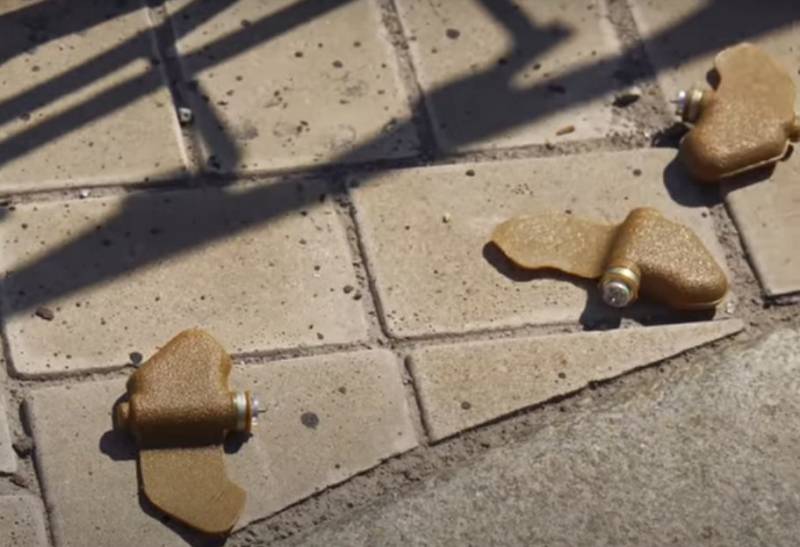 During the Russian special operation in Ukraine, even children probably heard about the anti-personnel mine “Petal”. It's insidious weapon, prohibited by the UN international convention, has been actively used and continues to be used by the Armed Forces of Ukraine.


At the same time, the worst thing is that the Ukrainian military carries out mining using PFM-1 and PFM-1C not only directly at the front, but also in peaceful, densely populated cities, in particular Donetsk.

The PFM-1 is only about 12 cm in size and weighs 80 g, of which 38 g is liquid explosive. The charge is enough to tear off a person's foot if he steps on a mine, which is extremely difficult to see in the grass.

The body of the “Petal” itself is made of nylon, which makes the damaging effect of fragments unlikely. However, the mine has a metal fuse that flies out like a bullet during detonation.

The most dangerous is PFM-1S. Marking "C" means self-destruction. The mine will explode on its own after 1 to 40 hours. Thus, a person can suffer even without touching the "Petal", but simply passing next to it.

Mining often takes place using helicopters, remote mining machines and MLRS. The Armed Forces of Ukraine for "seeding" the streets of Donetsk and other cities with "Petals" used the MLRS "Hurricane". One cassette contains 312 PFM-1. Therefore, a full package of "Hurricane" (16 missiles) will provide a spread of 4992 deadly mines.

In the event that you are not a military or an employee of the Ministry of Emergency Situations, it is highly recommended not to try to neutralize the Petal on your own. It is especially not worth throwing a stone into a mine, since during the explosion it will shatter into dozens of fragments and the radius of destruction will increase significantly.

The military often uses an automatic machine to neutralize the PFM-1. One of these "experiments" is demonstrated by the hosts of the "Large-caliber Trouble" channel in their video.