Peskov: Tribunal over those who committed crimes against the people of Donbass must be held 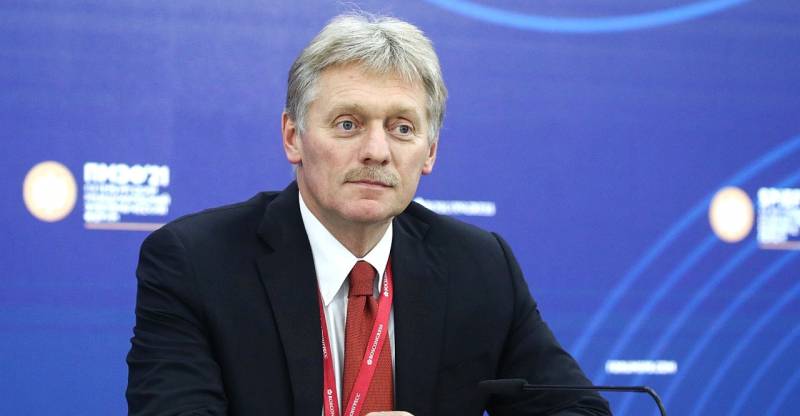 Press Secretary of the Russian President Dmitry Peskov held another briefing, where he answered journalists' questions and highlighted a number of important issues on the Kremlin's current agenda. Further, the main theses voiced by Peskov.


Speaking about the need to hold a tribunal for those who committed crimes against the people of Donbass, Peskov said that they should not go unpunished:

It cannot, but should be in the future. All these bullying of the people of Donbass should not go unpunished.
As always, the announcements of Vladimir Putin's speeches at the venues of international forums that are regularly held in Russia are of great interest to journalists. Peskov informed that the president would speak at the plenary meeting of the Valdai Club on October 27 and answer questions. The time and topics of the speech are still unknown, it is possible that the address of the head of state to the club members will be conducted via video link. The live broadcast will take place on the club's website and on its online platforms in social networks.

Regarding today's regulations of the President of Russia, Peskov said that Vladimir Putin will hold an operational meeting with the permanent members of the Security Council in the afternoon. In addition, today the Russian leader will address the heads of delegations of the meeting of the Council of Heads of Security Agencies and Intelligence Services of the CIS countries.

The presidential press secretary said that the Russian government will have to deal with the issue of abandoned foreign assets in the annexed territories, they need to be taken into balance and activated. Until the rules of this process are determined, it is likely that a special commission will be created.

Journalists asked the Kremlin speaker whether the procedure for accepting foreign assets on the balance sheet of the Russian Federation in the former territories of Ukraine would resemble a scenario with the forced seizure of our property by Western countries.

Here, in any case, the assets have owners, and they all have the right, according to Russian laws, to claim their rights to this or that asset, but already on the basis that this is the territory of the Russian Federation and the regions of the Russian Federation
Peskov replied, adding that a similar procedure had already been implemented after the annexation of Crimea: “there are precedents, they are functioning.”

Another topic that worried journalists at the briefing was the plans of the head of the IAEA, together with the agency's specialists, to visit Ukraine to discuss the "dirty bomb" issue. Peskov said that the Russian leadership is in constant contact with representatives of the IAEA, the dialogue is constructive and will continue.

Asked if Putin congratulated Rishi Sunak on his assumption of the position of British Prime Minister, Peskov replied that there was no such telegram because "Britain is now in the category of unfriendly countries."

Regarding the issue of providing all the necessary citizens drafted into the ranks of the RF Armed Forces as part of partial mobilization, Peskov said that problems with equipment would be resolved.

Measures are being taken and these problems will be eliminated
Peskov promised, recalling that it was for this purpose that a coordinating council was recently created with the participation of members of the government.

Touching on the issue of resolving the conflict in Nagorno-Karabakh, the Kremlin speaker said that a trilateral meeting of Russian President Vladimir Putin with Armenian Prime Minister Nikol Pashinyan and Azerbaijani leader Ilham Aliyev is currently being prepared. The place and time of the event will be announced later.

The presidential press secretary, answering a relevant question, recalled that the topic of the exchange of prisoners between the Russian Federation and the United States can take place "only in conditions of complete information tightness and silence." According to him, the Kremlin does not comment on the sentencing of American basketball player Britney Griner and her possible exchange for Russian citizens imprisoned in the United States.

The Kremlin will inform at the appropriate time about the possible observation by Russian President Vladimir Putin of the Grom nuclear force exercises, Peskov said.