Country on the verge of a nervous breakdown 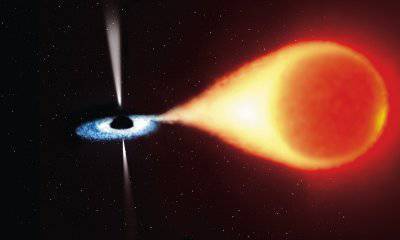 Russia seems to have already abandoned the European choice

It is not true that the current government does not have an ideology, that it is all downright pragmatic, and that, apart from money, it does not care. She is interested, and how - and the more money she has, the more intricate her political philosophy is. Another thing is that for the time being, they were too embarrassed to propagandize their true political views, demonstrating ideological unisex in public. But all the secret sooner or later becomes clear. The aggravation of the political struggle with the awkward transfer of power back from Medvedev to Putin led to the fact that the government was forced to define its ideological profile. In record time, the amorphous and viscous doctrine of "Putinism" was transformed into a kondovy and hard as tin "pushism".

Who has a good memory, he will easily remember how it all began. In the 2005 year, in the heyday of sovereign democracy, a course of lectures allegedly delivered by an anonymous author in a secret FSB course under the modestly titled “Project Russia” was posted on the website of a veteran organization of St. Petersburg security officers. Soon after, a book of the same name was published, designed in the style of a volume from the Complete Works of V. I. Lenin, which, according to the Russian “Wikipedia”, was sent to all senior officials of power structures, the Ministry of Foreign Affairs before going on sale. government and presidential administration. Before 2010, three more expensively interlaced folios of “design and estimate documentation” for Russia saw the light. In my memory, the only anonymous book that was previously popularly popular was the “Laws of the Mafia,” published, however, not so pompously.

While the Kremlin’s official ideology verbally acknowledged the importance of democracy, the importance of universal, that is, “Western,” values ​​cautiously hinted at the need to adapt them to special Russian conditions, which translated from the Aesopian language of Kremlin politicians meant limited use, an anonymous author of “The Project Russia ”took the bull by the horns and declared democracy the main threat to Russia's security, and the West - its natural historical the adversary. On this, the revolutionary nature of the work exhausted itself; in all other respects, the book was not particularly original, and in its philosophical part was a miserable plagiarism of the ideology of modern European nations.

The carelessness with which society reacted to this ideological provocation was amazing.

The book seemed to be a reactionary spiritual otryzhkom notoriously complex marginal who had dug deep into the underground, who did not cope with the stress experienced after the fall of the Berlin Wall. It turned out, however, that the margin was not at all entrenched in the trench, but settled on the very thing that was in sight, and the thoughts expressed by the anonymous author of the “Project of Russia” were only his secret, almost intimate worldview for the time being.

We were told about our future, but we did not understand the hint, referring everything to the past. And only when sovereign democracy together with its mastermind Vladislav Surkov moved out of the Kremlin did the secret ideology become semi-official, and then official. She ceased to be anonymous, splashed out at once from all political sound-amplifying devices, spoke with thousands of voices.

Today they often talk about the reaction of the authorities to the actions of the opposition, about either fear or hysteria. In fact, everything is much more complicated. If they were frightened or hysterical, they only revealed that in a latent form there existed long before any opposition riots, but that in other, more "vegetarian" political conditions, they were able to hide away from prying eyes. We finally heard the truth. Whether she likes it or doesn’t like it is another question. But it lies in the fact that the Russian government is firmly in anti-democratic, anti-Western positions, that it bows to totalitarian teachings, that she likes the idea of ​​a corporate state and that she does not feel false shame when applying repressive measures against her ideological and political opponents. The knowledge of this truth is useful both for those who prudently cultivate spiritual conformism inside the country, and for those who in the West cultivate a pragmatic approach to Putin in the spirit of realpolitik.

At the beginning of the “dashing 90's”, the genius Vadim of Tsymburskiy defined fascism as a nation’s rebellion against attempts to inscribe it in a non-prestigious and uncomfortable world order for her as a nation of the “second grade”. He warned that no one on preferential terms would absorb Russia into the system of new international relations. Therefore, he believed that if one wanted to gain a foothold at any price on the outskirts of the “world civilized”, Russia would be faced with a choice between two ways: comprador and fascist. All that will be said below is to some extent a tribute to the memory of Vadim.

If twenty years ago, the fascization of Russia presented an abstract opportunity that could be discussed at seminars of the Institute of Philosophy of the Russian Academy of Sciences, along with hundreds of other hypothetical scenarios, but no more than that, today it is a very specific perspective, to live in which with a high degree of probability, will have the current generation of Russians. Once Victoria Tokareva wrote that people do not get used to good quickly, but very quickly. To this can be added - to the bad too.

For some reason, it is completely unreasonable that it’s if the Russian people once fell into the historic abyss, then nothing like this can happen to them anymore. It seems like the shell misses two times in one funnel. In fact, the Russian people did not have time to develop any serious immunity against totalitarian duping. On the contrary, psychologically, it is much easier for him to change the sign from “plus” to “minus”, but remain in the old moral paradigm than start painfully developing some kind of new paradigm. Therefore, it is quite possible that the pendulum will simply swing from the extreme left position to the extreme right, without lingering on the saving moderate middle. In this case, the new Russian statehood will take the form of orthodox fascism. It is the same as if in the 1917 year, it was not the Bolsheviks who took power, but the Black Hundreds.

The fact that a few years ago seemed unlikely today looks quite technologically advanced. We are on the verge of an unprecedented cultural counterrevolution. Something more is being audited than Medvedev’s “liberal zigzag” and even the fruits of Gorbachev’s “perestroika”. The European choice of Russia as such was in question. We are talking about the revision of the cultural and political paradigm, in which Russia has developed for almost five hundred years.

Under the talk of the destructive nature of the “orange” revolutions, the ruling elite itself is preparing a revolution, at times more crushing than the Bolshevik coup. This revolution threatens to shake Russia to its very foundation, turning it into a medieval clerical-criminal state isolated from the world.

In essence, this is a revanchist policy. But this is not the revenge of a “deprived” nation, as in Germany, or a “deprived” class, as in tsarist Russia. This is the revenge of the “deprived” archaic culture, squeezed to the sidelines of history, squeezed to the size of a “black hole”, but not disappearing, not dissolved in nothingness, but hiding and now ready to draw the entire Russian universe into itself. The thoughts and feelings set forth in the “Project Russia” have been defended and are ready for use.

Power, voluntarily or involuntarily, is pushing Russia into this “black hole”. With one hand, she indulges in the aggression of enraged ignorance, attacking any foci of cultural growth. With her other hand, she squeezes out of the country all those who are trying to resist this aggression. Mass and, apparently, unprecedented for Russia, emigration does not confuse the ruling class, but rather pleases. The remaining people are partly intimidated, partly impressed. The transformation of their consciousness can occur with lightning speed and for them almost imperceptibly. If someone seems to be a utopia, I recommend to recall the universal and sincere faith of several generations of Soviet people in communism.

After a few years, no one will be surprised that “Well, wait a minute!” Is a banned cartoon from the category “for adults”, and “Jesus Christ is a Superstar” can only be viewed “by pull” and only at private shows in the film club at Moscow Patriarchate. This will become so natural that they stop paying attention to it. A new generation of Russian nationalist intellectuals will be eagerly telling foreigners about the gigantic advantages of living behind an oil and gas curtain.

It makes no sense to describe the consequences - it is easier to re-read the books of Voinovich and Sorokin. If it does happen, then in a few decades, as a result of voluntary cultural self-isolation, Russia, torn from the global historical context, will appear before humanity as a doomed outcast like North Korea. And Chinese tourists will ride here, like on safari, to shoot archaic industrial landscapes on Japanese cameras. After that, most likely, the country will fall into pieces, each of which will continue its historical existence as a satellite in the orbit of some other culture.

Russia is affected by cultural immunodeficiency syndrome. At the same time, the experience of not only Russia itself, but also countries with much more powerful cultural traditions of resisting ignorance, shows that no one is immune from the attacks of historical hysteria. Germany and Italy went through this, the United States was very close to it. To this, more than ever, Russia is now close - a country on the verge of a nervous breakdown.

Putinism, even in its present circumcised form of “pushism,” is far from fascism. But this is the stem cell from which fascism can be easily grown if desired. The current obvious political and unobvious economic crisis exposed the poverty of the philosophy of the post-communist elite, which behind the facade of beautiful words hid the scarcity of political thought and the immaturity of moral sense.

The time when the policy in Russia was shaped by the consciousness was over. The time of the subconscious is coming, if not the unconscious.

The modern Russian subconsciousness is shaped by the generic shock of a post-communist society, the provincial fear of a sudden and seemingly hostile world, a deeply lurking inferiority complex, which it is trying to drown out with demonstrative rudeness and bluster. This is almost the perfect cocktail for fascism. In order not to drink it, Russia needs to make a huge moral and political effort over itself, while in order to dissolve into it without a trace, practically no effort is needed. Everything happens by itself.