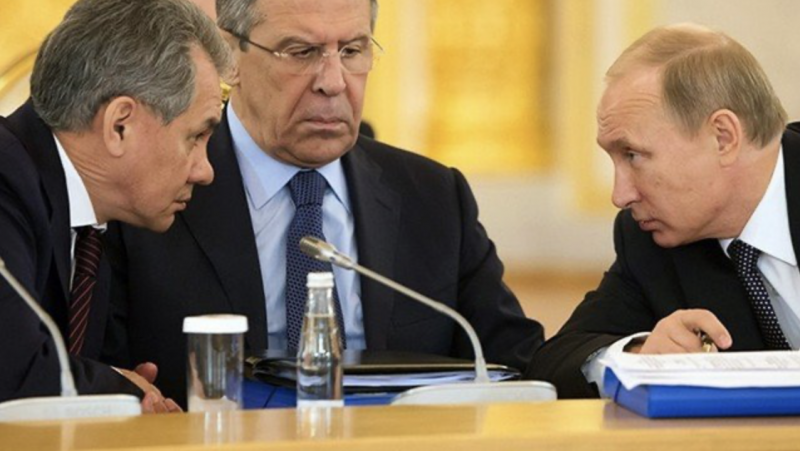 1.1. Criticism to the note "While I hope» from 28.03.2022/90/XNUMX: - It is wrong to transfer the balance commissions of the period of the Soviet Union to today's time. Answer to criticism: guilty. I wrote not quite unambiguously that the balance commissions were organized in our country in the middle of the XNUMXs. And the experience from the Land of Soviets helped the enterprise a lot.

1.2. Hereinafter, criticism of the note "Why the West is playing us? from 19.06.2022/XNUMX/XNUMX. Criticism of the expression "controlling (corrective) action in response to the deviation of the process from the normal should be greater in magnitude than the deviation": - An engineer would not write such a thing ... Such a naive approach "the more the better" was the cause of the disasters of the first automatic systems, until scientists did not come up with the theory of management.

Response to criticism: the author learned about ATS 60 years ago at the radio technical school, to which the commentator refers. And the note says not about automatic systems, but about the control system of social processes. Feel the difference. And all because, when managing social processes, one must keep in mind the reaction of the society/collective; affected by process deviation; those responsible for the deviation; guilty of wrong planning, etc., etc. It was not just that in the Soviet Union they were shot for some non-fatal criminal offenses. Similarly, take into account if the deviation, which affected only you, came from the actions of a person close to you or from an enemy.

Response to criticism: my mother (my father died early) taught me to think well of people until they showed their badness. What good things did your parents teach you? And for information - the author became an engineer half a century ago and worked in the shops for almost 40 years.

1.4. Criticism: - A set of phrases and nothing interesting. Common parasite. Answer to criticism: there is a good rule - to answer such "intellectuals" "no words."

1.5. Criticism: - What does the engineer's point of view have to do with it? Some kind of demagogy. How did you miss this article?

Answer to criticism: why is an engineer a narrow specialist? A real engineer is not only a good technician, but also a good leader. I am more proud of my inventions than the fact that class workers from the three workshops of my enterprise, who have both orders and titles, are the first to greet me. True, there are fewer and fewer of these acquaintances ... Well, the question is - where is the demagogy in the note?

1.6. Criticism: - Hmm ... the author has completely moved out ... some of us, some of them. And about losing to the West, he generally laughed. It seems that the article was written by an enemy of Russia, and not a patriot, we have a lot of them dressed in patriotic clothes, but in fact they are the same fifth column.

Answer to criticism: no words. Especially in the light of what is happening in Ukraine and around Ukraine.

1.7. For the umpteenth time I urge you to write a comment, correlate it with the rules of the site, correlate it with the article, think about whether it is worth publishing. And to custom comments - do not forget that the obliging stupid is more dangerous than the enemy. And it is unpleasant that people do not understand or do not want to understand that without criticism, as without feedback, any system stops or goes haywire. Moreover, the social system in economic development can stop, at the same time, in negative characteristics (corruption, promotion of convenient and friendly, clamping down on uncomfortable and alien) to go haywire.

2.1. I have repeatedly written that our Foreign Ministry does not want to rigidly represent the interests of Russia. Who knows that from August 10 to 20, the Regional Cooperation 2022 exercise organized by the US Central Command was held in Dushanbe? Yes, it is the USA and in Central Asia. According to the official version, with the aim of “strengthening regional security and stability, increasing the ability of countries to prevent the spread weapons mass destruction, terrorism and drug trafficking.

Military personnel from the United States, Tajikistan, Kazakhstan, Kyrgyzstan, Uzbekistan, as well as Mongolia and Pakistan took part in the command and staff part of the exercises, which were condemned by neighboring Afghanistan, as observers. In addition, Tajikistan and the United States spent five days "practical testing of tasks" at the Fakhrabad training center. For this, the American military arrived in Tajikistan with their equipment. Source: KM.ru 16.08.2022/XNUMX/XNUMX. Why didn't the Foreign Ministry express at least bewilderment? And after what happened in Ukraine in September and later, the states of Central Asia will no longer reckon with us at all. Ask how they vote at the UN.

2.2. We have practically no allies. Well, perhaps Belarus, and even then insofar as the Old Man rules there. Open your eyes. China is not our ally, but only a companion. And not because, as our media say, China is wary of everything foreign. But because China is a socialist country and a socialist state. And China sees that Russia is a capitalist state. Constantly repeating hackneyed truths: a hypothesis that explains known facts becomes a theory. From this, all the twists and turns of our foreign policy are perfectly explained. Many of us at the top want to make peace with the West, and therefore completely China does not trust us. Yes, this is my opinion, but it is based on facts. Who is stopping us from offering Iran an agreement on alliance, friendship and mutual assistance? Otherwise, they survived, the EU will send peacekeepers to the border between Armenia and Azerbaijan. And at whose suggestion is the withdrawal of huge amounts of gold currency to the West allowed?

2.3. Watch or listen to our envoy to the UN. The impression that he is lecturing negligent and unloved students, whose opinion he is not interested in. Isn't it possible to pick up a tribune like Kirov or Fidel Castro for this place?

2.4. Under the current Minister of Foreign Affairs, the number of our enemies, and even just vicious enemies, has increased, while the number of neutral ones has decreased. And the fact that he looks impressive, so why do we need it? Fursenko, the former Minister of Education, known for his statements about what kind of education is enough for the people, is also imposing. To what extent the Minister of Foreign Affairs is to blame for the failures of our foreign policy, I do not know. But I know that a decent person in such circumstances will take the blame and leave.

“Leaving time after time the demonstrative blows directed against you with impunity, you create the impression of your inability to respond to them. And, leaving the desecration of your shrines over and over again with impunity, you create the impression that you do not have those values ​​for which you are ready to fight.”
I will add Chernyakhovsky - the control system requires not to wait, but to respond immediately.

3.1. If the finances are not very good, that is, hundreds of billions of dollars lie with the enemy, and this year will also be a record year in terms of the withdrawal of finances from the country; if import substitution is expressed in some places in the sticker of our nameplates; if there is optimization in medicine, i.e. with covid they are taken from one city to another, and with pneumonia - to a third; if, with education, parents think about a formal change of registration for a child in order to enroll in a school where there are teachers in basic subjects (just teachers, by no means geniuses of pedagogy); then in the army everything should not be perfect. That's what I thought until about the summer. But everything turned out to be like in a song about the Marquis.

By the way, about the withdrawal of finance from the country. If we take into account the difference in attracted and exported finance, which must be taken into account in the gross product for the year, then our economy generally looks stagnant and colonial. A record withdrawal of more than $200 billion is expected from the country. And what's the difference, the Rothschilds bring them out or the Abramovichs.

3.2. So I have never been a mechanic, not an electrician, not a power engineer, not a storekeeper. I was a pure production technologist. Nevertheless, in the shops where he worked, at least once a week, and not in words, he was interested in the problems of support services. I have long believed that there are no support services in any field of activity, but there are full-fledged with production support services. They do everything. By position, I was the head of the civil defense facility and therefore I knew where I had really suitable gas masks and how to start the PV station. And what do we have in the army with security? And the fact that in my Middle Urals citizens help to equip the additionally mobilized.

3.3. But is the secret behind seven seals the requirement of maximum concentration of forces in solving complex problems? Simply put, the big battalions are always right. This is provided that everyone is together and when the funds involved are large enough not to give up the territories after they have been occupied.

3.4. Why история didn’t she teach anything with Navalny when they released him, without bothering to take all the tests from him in front of witnesses? Why did faces plunge into Bucha, and then under Krasny Liman? After all, the layman in the West believes that we killed civilians here and there.

Yes, we do not have a culture for the country, for the people. Watch and listen to state TV and radio channels. Where is the patriotism that inspires pride in the country? Why a lot of programs with debility grimacing artists? Why a lot of programs about artists, about how wonderful they are? Why are there practically no programs about really wonderful compatriots who have worked and are working for the country? Why does the country need series about the rich, where they teach to steal, steal children and other rubbish? And do not think that these series do not have an impact. Dirt that is not fought, spreads.

5. And a little about Napoleon

Napoleon has a saying:

“The biggest obscenity is to take on a job that you don’t know how to do.”
So, until something like transparent balance commissions is carried out everywhere (see the note “While I hope”), with the distribution of the well-deserved, with the development of a new one, we will get into trouble.

Now calls are being made not to stir up passions around shortcomings and failures, but to everyone as one ... Yes, you can’t do that! We need to put the pest in public. Stupid - publicly kick out. Put in public in the pose of the one who recommended the pest and the stupid. This will be the best part of the consolidation of society. And you need to do this immediately and for a long time. They will never leave us alone. And therefore, it is necessary to see a competent, experienced, ailing and responsible leader for the results of his activities at the head of any business in the country.