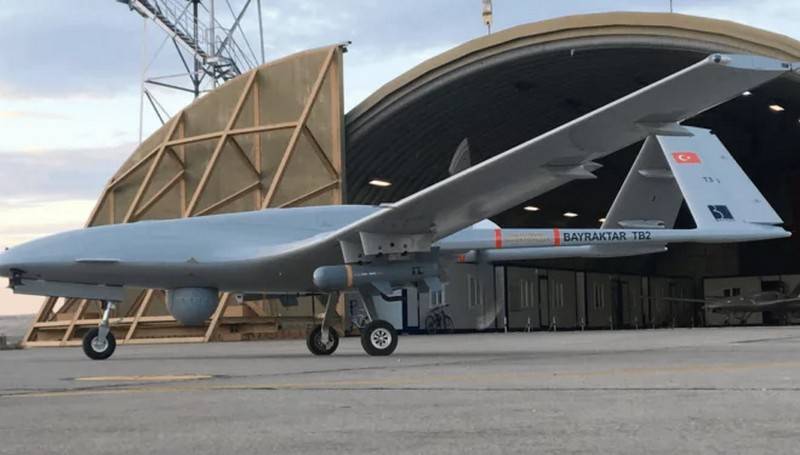 Ukraine will be left not only without Turkish Bayraktar TB2 attack drones, but also without a plant for their production. According to sources in Kyiv, Baykar refused to build an enterprise for the production of UAVs on Ukrainian territory.


At the end of August of this year, in Kyiv, they actively discussed the construction of a future plant for the production of Turkish drones, plans were made to saturate the Armed Forces of Ukraine with drones and sell them abroad. Haluk Bayraktar, General Director of the company, announced strategic cooperation with Kyiv and readiness for the construction of the plant. However, already in September, the talk about this faded away and this topic somehow left the pages of the Ukrainian press.

The first signs that not all is well with the construction of the plant, and with the supply of Bayraktar TB2 UAVs to the Armed Forces, appeared this month. At first, rumors spread that the Turks had decided to reduce the supply of shock drones to Ukraine, then information appeared that the rumors turned out to be not rumors at all, but, on the contrary, reliable data. According to information from the office of the President of Ukraine, Baykar is significantly reducing the supply of strike drones.

As explained, this is allegedly the demand of Erdogan, who agreed with Putin on the creation of a gas hub. One of the clauses of the agreement states the termination of the supply of UAVs to Kyiv. Also, the reason may be that Ukraine made a very bad advertisement for the Turkish drone, losing a large number in a short time.

Now there is evidence that there will be no plant in Ukraine. Information again from the office of the president. It is reported that Zelensky’s adviser Yermak tried to persuade the Turks to start production at the Motor Sich facilities in Zaporozhye or to locate a plant in Western Ukraine, but did not succeed. It remains only to wait for the official announcement on this topic.
Military Reviewin Yandex News
Military Reviewin Yandex Zen
41 comment
Ad