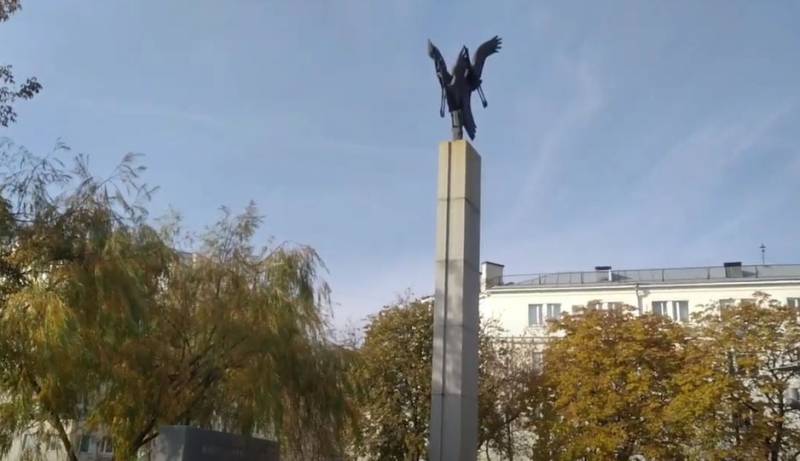 These days, when Russia is faced with the terrorist activity of Ukraine, which could hardly have manifested itself without the assistance and patronage of the so-called collective West, the country is remembering one of the most terrible terrorist attacks in its history. stories. Exactly two decades ago, citizens were shocked by reports that terrorists had attacked the country's capital, capturing hundreds of spectators at the theater center on Dubrovka. According to the most conservative estimates, there were about 1000 people in the building that was captured by the militants: spectators, actors, technical staff, administration.


The chronology of events is known to millions of Russians - for the simple reason that on October 23, 2002 and in the next few days, millions of Russians followed the flow of News from the theater center, realizing that Russia is facing an evil that must be destroyed. And if this evil is not destroyed, then the demands of the militants for the "withdrawal of Russian troops from Chechnya" will eventually develop into new, new, new ... up to the liquidation of the Russian armed forces as an institution. Russia tried to dictate terms. They tried to bring Russia to its knees. They tried to divide Russia into parts and plunge into chaos. It didn't work!

The militants in three minibuses drove up to the theater center around 21:XNUMX Moscow time. First of all, the terrorists broke into the hall where the musical "Nord-Ost" was on, and, opening fire, declared that now everyone in the hall was a hostage. You need to understand an important detail - armed terrorists, some of whom were wearing suicide belts, arrived without hindrance in fact in the central part of Moscow. The audience in the hall did not immediately understand what happened, believing that this was some part of the creative plan ... Then the understanding came ...

Preparations for the attack had been underway since the summer. A terrorist group of more than 40 people was formed, including female suicide bombers. Weapon, ammunition, explosives were transported from the North Caucasus in trucks loaded with apples and watermelons.

In Moscow, the militants, who arrived at different times on various types of transport (bus, plane, train), dispersed over several rented apartments. Weapons and explosives for the manufacture of explosive devices were transported by cars to garages in the capital and suburbs, and also partly door-to-door.

The terrorist attack on Dubrovka was preceded by a terrorist attack at McDonald's, as well as a failed attempt at a terrorist attack in the subway. One of the groups of terrorists was supposed to act separately, but in the end it did not fulfill the functions assigned to it. Realizing that by the previously scheduled date - November 7, the "main" terrorist attack might not take place at all, the leaders of the militants changed the plan and sent a group of performers led by Movsar Barayev to the theater center on Dubrovka on the evening of October 23.

The first victim of the terrorist attack, according to official figures, was Lieutenant Colonel of Justice Konstantin Vasiliev, who, after reports of hostage-taking, entered the building of the theater center and offered the terrorists to exchange himself for hostages. The militants shot him.

In total, more than 130 people were killed in the attack. All the terrorists who carried out the direct seizure of the building were destroyed. 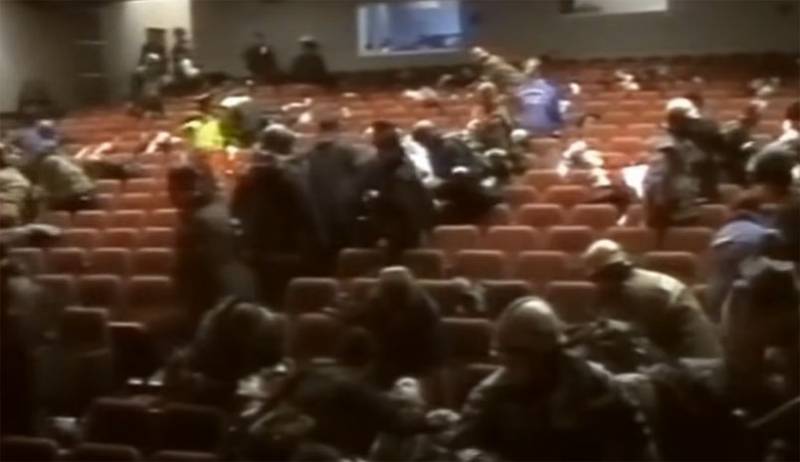 A special operation to storm the captured building was carried out using a special sleeping anesthetic gas based on fentanyl. The militants failed to detonate two large bombs they had constructed from 152mm shells filled with kilograms of plastite, although they reportedly realized that the haze spreading through the hall in the early morning of October 26 was gas, and not smoke from a fire, as was originally supposed in the hall itself.

Moscow doctors who saved the lives of victims who were taken out of the building of the center on Dubrovka, commenting on statements about “people dying from exposure to gas”, noted that death does not occur from the direct impact of such a substance. The situation, of course, was complicated by the moral and psychological state of the people, as well as the time it took for the ambulances to be able to approach the building. The entire area around the building was occupied by cars, and therefore many of the released hostages had to be carried almost hundreds of meters to the evacuation vehicles. Before that, some of the former hostages immobilized by the gas were lying on the cold asphalt. At the same time, both the law enforcement officers who stormed the building and the doctors who assisted the victims showed real heroism.

The terrorist attack on Dubrovka is a black page in the history of Russia. Of course, the hostage rescue operation itself also went down in history. It was possible to prevent the death of the hostages during the assault? You can... But, firstly, there is a kaleidoscope of circumstances that must be taken into account when analyzing the events of October 2002. Secondly, it is also about the moral right to discuss the decisions that were made at that critical moment. Does it exist? The question is rather philosophical. It is quite clear that the salvation of all - from the category of almost unbelievable.

Russia remembers the dead. Russia mourns. Russia knows that negotiations with terrorists are empty. The terrorists must be destroyed. And for those who “did not watch”, “missed”, “misunderstood” from among the officials on the ground, special questions, many of which, unfortunately, remain unanswered to this day.