Kudrin knows how to "save" the rating of Vladimir Putin

October 26 2012
51
The report of the Center for Strategic Research, which the authors gave the name “Changes in the political mood of Russians after the presidential election”, made a lot of noise. In order to proceed to the direct presentation of the main theses of this report, it is necessary to immediately clarify that the representatives of the Center for Strategic Research (CSR) did not themselves have the idea of ​​conducting this kind of research. This idea was thrown to them by the notorious Alexei Kudrin, who today is the head of the Committee for Civil Initiatives, and once worked hard in the Government of the Russian Federation, but after being disfavored by then-President Medvedev, he was forced to take a semi-opposition stance, whose status quite a degree of accuracy of Russian political scientists. 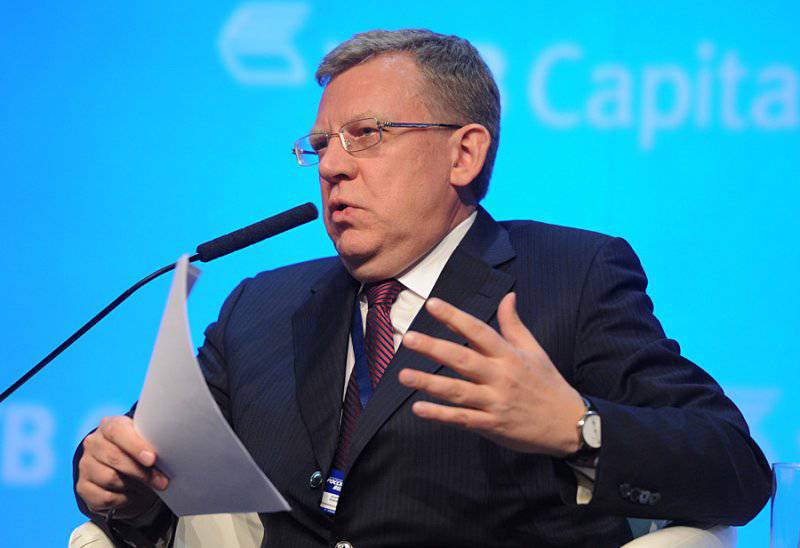 The autumn slush of the 2012 sample of the year, temperature drops and, possibly, magnetic storms did not work well for Alexey Leonidovich, and he was drawn ... no - not to a glass, God forbid, but to sociological studies of attitudes among Russians. At the same time, an order for research was made to the mentioned CSR, which since 2005 has been headed by Mikhail Dmitriev. He apparently mobilized all the internal reserves of his non-profit organization, and the employees plunged into an order from the former Minister of Finance in Russia.

There was no doubt about the results ... The main leitmotif of the prepared report was the idea that the majority of Russians were already morally and physically ripe for revolution. According to the TsSR, Putin’s position is as shaky as ever, and his political rating is “only” 42%. Like, it is very small for effective governance of the country. The experts of the CSR also somehow managed to calculate that next year this very rating, if it grows up, will be only to the point of equality between the positive attitude to the policy of Vladimir Putin and the negative attitude. Allegedly, such a "low" rating of the president could cause revolutionary upheavals in the country.

At the same time, an idea involuntarily comes to mind: maybe strategists from the CSR are not well acquainted with world trends in terms of ratings of top political leaders. In any civilized country, the rating of a politician can both grow and fall, but this does not always catch on the mechanisms of coups and revolutions. Moreover, the rating drop is often fixed to much lower levels than Vladimir Putin’s 42%.

If we consider foreign countries as an example, the approval of the work of Barack Obama in the USA is expressed by a little more than 43% of Americans, Angela Merkel's rating is balanced in the 38-40% area, the percentage of approval of David Cameron's work and even lower. However, no revolutionary upheavals are observed either in the United States, or in Germany, or in Great Britain, and no one has made such predictions. So do the experts of the Center for Strategic Research go too far ...

Yes, apparently, the majority of Russians, he really cares little. But he himself was wounded by Alexei Kudrin. Well, who else should be disturbed by the results given by the CSR, no matter how Aleksey Leonidovich? After all, in the end, it was he who was the main customer of this work. And, as you know, those who order reports and studies have the right to see in them the information that is suitable for them. It happened this time.

The fact is that the authors of the report declared to the whole country how Russia can avoid a revolution. Yes Yes. We can still be “saved”, but only under one condition. For this, the government must go to a kind of reorganization. It turns out that there will not have to solve any legislative or institutional problems; it is enough to “simply” remove the current prime minister, that is, Dmitry Medvedev - and the whole business ...

Strategists of the TsSR analyzed and understood that it was Medvedev who was to blame for all the troubles of Vladimir Putin and the fall of the current president’s rating. This allegedly his policies forced the masses to proceed to the process of fermentation. If, they say, Medvedev is not removed from the Government building now, then through 2-3, the country will face a truly serious political crisis ...

But if you remove Medvedev, then you need to look for another head of the Cabinet. And it is here that the whole purpose of preparing this report is manifested. The new prime minister, it turns out, is already sitting, you know, ready, and just waiting for his invitation from Vladimir Putin to start raising his political rating. As you guessed, the new chairman of the Russian government, the CSR, is trying with all its might to provide us with a customer for a sociological research, that is, Alexei Kudrin.

But then Kudrin was terribly offended by Medvedev when the latter demanded that the Minister of Finance hand over the ministerial "crust". I was so offended that I still dream of a vendetta in relation to the now Prime Minister Dmitry Medvedev.

Certainly, the TsSR specialists could have presented even more impressive figures, saying that only Putin’s change to Kudrin would help the development of the country, but Alexey Leonidovich could not afford such impudence, and therefore decided to think strategically, driving a wedge between Putin and Medvedev.

Now, probably, when the president meets the prime minister for a cup of tea, the first one says to the second: “Listen, Dmitry Anatolyevich, and Kudrin said that it’s your rating that falls, you are guilty!” And Medvedev replies: “Do not listen to him , Vladimir Vladimirovich! On offended carry water ... "