Gas solitaire - we change Ukraine to Turkey, and Nord Streams to Turkish 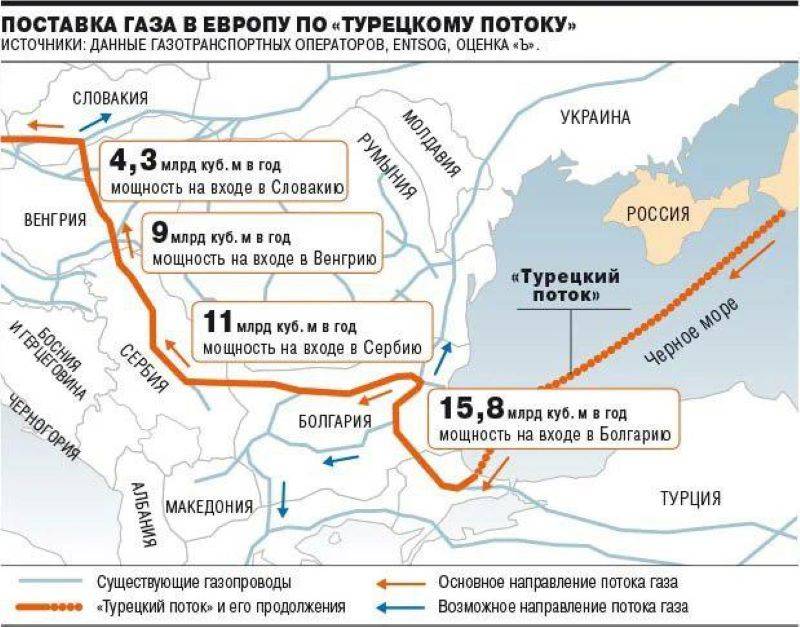 Invitation to the hub

The Turkish hub for Russian gas going to Europe is designed to replace not only and not so much supplies via Nord Stream. An alternative is also required for the route through Belarus (“Yamal-Europe”) and even more so through Ukraine. And already in the near future.

While gas transit through Ukraine continues, which no longer surprises anyone - war is war, and gas is on schedule. The option with a Turkish hub is provocative in a sense - it is aimed at economic separation from NATO of one of the members of the alliance. But at the same time, the fireman is also in trouble - Russia is doing badly with gas transportation routes, most of which we simply cannot afford to direct for liquefaction.

The notorious turn to the East does not save either - there are also not enough transit capacities there, which threatens to close promising fields. However, in all respects, one important factor cannot be ignored - in this case, Russian supplies become dependent (https://topwar.ru/174219-russkij-transit-pod-tureckij-marsh.html).

Dependent, first of all, on Turkey's policy towards Russia. Today, the long-awaited “no” seems to be said to Kyiv about Bayraktars, but who knows what will happen tomorrow? Whether the European Union will agree to receive Russian gas only in transit through Turkey is another question, given the plans, which are already partially being implemented, to reduce “Euro-dependence” on our gas.

Baku does not sleep, so does Sofia

It is also important that the direction of the "trans-Turkish" route for the transit of Russian gas to its main consumers in the EU is mainly Central Europe. And at the same time, the Turkish pipe is almost twice as long as compared to the "trans-Ukrainian" route. It will also be almost two and a half times longer than the long-suffering Nord Streams. And about the same distance in comparison with the Yamal-Europe gas pipeline that is currently inactive. 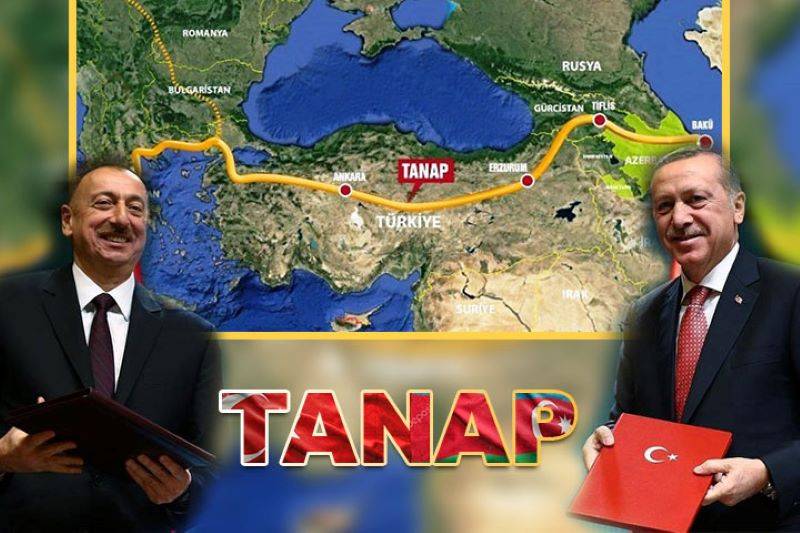 As if to spite the Russian gasmen, in the first ten days of this October, a gas pipeline 140 km from northeastern Greece to Bulgaria was put into operation. Designed for the supply of Azerbaijani gas, first in three billion, and from 2023-2024. - at least 5,5 billion cubic meters per year. This artery is scheduled to be extended in 2023–2025. including branches to North Macedonia, Serbia, Romania, Bosnia and Herzegovina.

At the same time, Greece, according to Greek sources and the all-knowing Reuters, reduced the volume of Russian gas imports by more than half in January-September 2022 compared to the same period in 2021. It is also characteristic that on the eve of the agreements between Moscow and Ankara on the gas hub, the Czech Seznam zprávy reported on October 5 with reference to the energy companies of the EU region that

“... Imports of Russian gas to the EU have fallen and do not exceed 10% of the total volume of gas imports. Europe is trying to compensate for this decline with LNG. At the end of September, more than a 50% decline in Russian gas supplies compared to last year was noticeable.
But the supply of LNG "increased to the maximum", received from Algeria, Egypt, Qatar, Nigeria, Trinidad and Tobago. Despite the fact that "its value significantly exceeds the values ​​of the previous year."

Why have they forgotten about Yamal and Europe?

Given all these factors, it seems highly controversial to hastily abandon the use of the shortest and least expensive pipeline route to Europe - the Yamal-Europe gas pipeline. That is, the route Yamal - Belarus - Poland - Germany.

To clarify: the sanctions imposed by Russia on May 11 this year. against EuRoPol GAZ, the owner of the Polish section Yamal-Europe, “mean a ban on Gazprom using the capacity of this pipeline,” confirmed Gazprom spokesman Sergey Kupriyanov. Moreover, on April 26, 2022, Poland included Gazprom in anti-Russian sanctions.

But after all, deliveries here suddenly stopped on March 29th. Moreover: "Gazprom" did not book a pumping here in April this year. in 89,1 million cubic meters. This decision was explained by "warming in Europe and the growth of liquefied natural gas reserves in the European market."

That is, the cessation of the use of this artery took place even before the Polish sanctions... So it turned out that dependence on the Turkish gas hub is inevitable for Russia in the near future. In the meantime, Russian dependence on gas supplies through Ukraine remains, if not increased.

Someone is fighting, and someone is dictating

By the way, back in the 1970s and 1980s, many Ukrainian emigrant media noted that if the USSR collapsed, Ukraine would become the “owner” of the main gas export arteries from Russia. And, they say, it will be able to dictate to Moscow and, at least, Eastern Europe, its own conditions for gas transit... However, the Turkish gas hub, according to Alexei Belogoriev, an expert on energy issues at the Institute of Energy and Finance, guarantees little for the Russian Federation:

“If there are no radical changes in the international situation, the gas hub project in Turkey, at best, will face the fate of Nord Stream 2, the construction of which tens of billions of dollars were spent. But which was never put into operation. 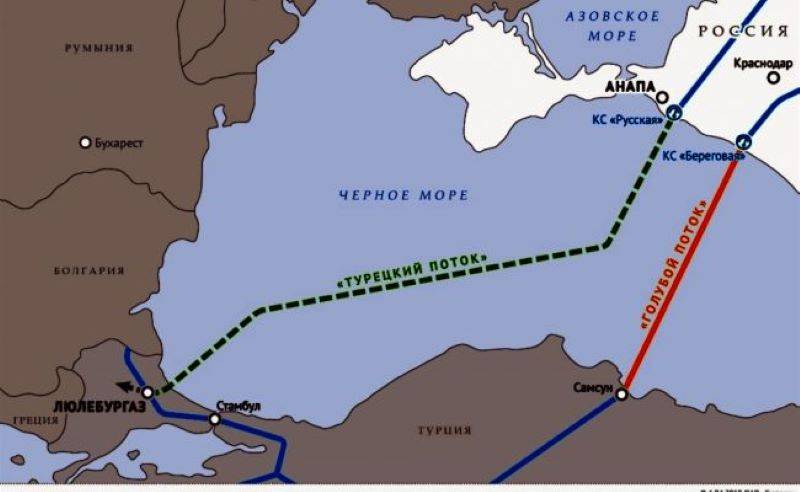 Yes, the project of a gas hub for the Russian Federation is very attractive for Turkey, “but for such construction it is necessary to have long-term guarantees of demand, and no one will give them to Gazprom.” Already in 2025, according to the expert, “a significant increase in the supply of LNG from traditional suppliers is expected. That will radically improve the gas balance of Europe.”

The expert also draws attention to the fact that Germany, Austria, and Italy “especially need” Russian gas in Europe. But “there are no direct gas flows from Turkey to these countries; there are many bottlenecks, including political bottlenecks, that do not allow you to quickly build this infrastructure.” Therefore, the growth of Russian gas supplies across the Turkish-European border "will not radically improve anything."