Aide to President Medinsky: Faculty of Journalism at Moscow State University is Full of Liberal Teachers 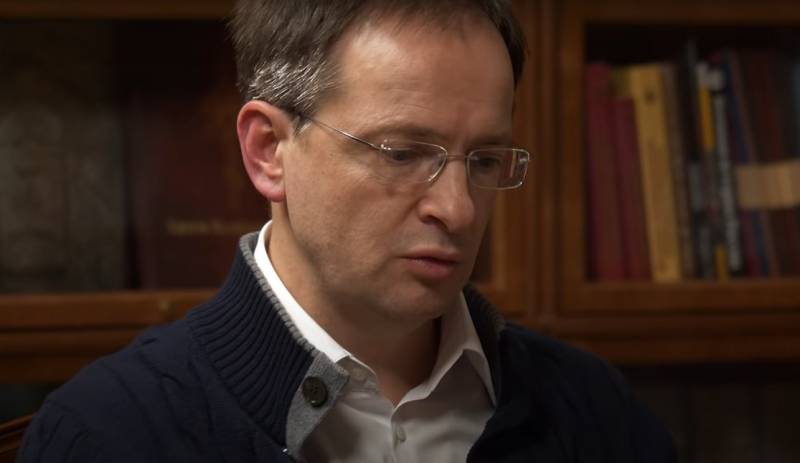 Russian youth today, for the most part, do not understand what our soldiers are fighting for during the NWO. Therefore, it is now extremely important to conduct active explanatory work regarding the goals of the Russian special operation.


This opinion was expressed by Assistant to the President of the Russian Federation Vladimir Medinsky during yesterday's event dedicated to the presentation of the book "The Power of V Truth" by Vladimir Kiknadze.

According to Medinsky, this paper addresses such topical issues as counteracting the distortion of our stories, as well as the realization by every Russian person that he needs his Motherland today and must stand up for her defense. Moreover, in the latter case, it does not matter how he does it - with weapons by hand or by craft.

Thanks to active work with young people, according to the assistant to the president, it will be possible to avoid a repetition of the situation that happened at the Faculty of Journalism of Moscow State University, where a student was harassed by several of his fellow students for the flag of the Luhansk People’s Republic and the “Z” sign on a T-shirt.

At the same time, Medinsky added that at the same Faculty of Journalism of Moscow State University there are enough liberal teachers, thanks to whose “professional activity”, by and large, such situations occur.

The Faculty of Journalism of Moscow State University is full of these creatures, also from among, so to speak, students of "liberal teachers"
Medina said.

The assistant to the President of the Russian Federation stressed that earlier the authorities could still come to terms with the liberal position. Over the past 30 years, pluralism has flourished in Russia, as the politician put it. However, according to him, today, in wartime, this state of affairs is unacceptable.
Military Reviewin Yandex News
Military Reviewin Yandex Zen
149 comments
Ad