Ukrainian drone shot down near Sevastopol 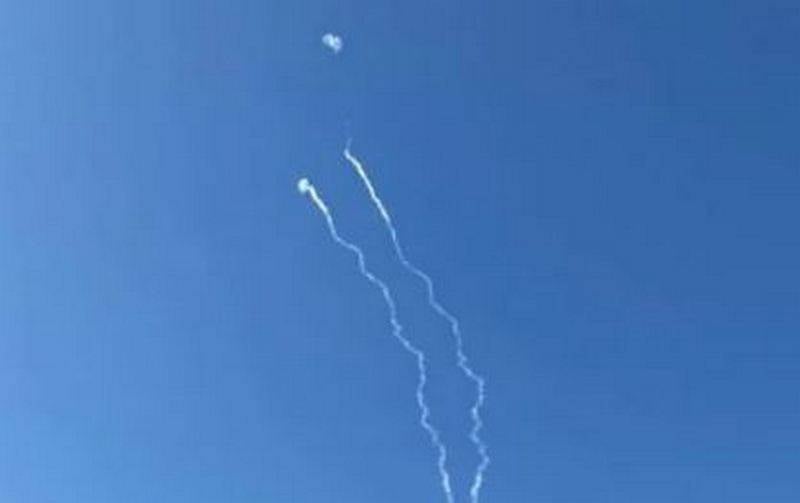 An air defense system worked over Sevastopol in the morning, explosions sounded in the air. According to preliminary information, a Ukrainian drone was shot down over the city, trying to reach the Belbek airfield. This was announced by Governor Mikhail Razvozhaev in his TG channel.


At the moment, there is little information, it is reported that a certain Ukrainian drone appeared in the area of ​​​​the airfield, but was shot down by air defense systems. Nothing is reported about the type of drone, it is possible that it was a reconnaissance drone, although the option of using a combat drone to strike equipment or ammunition depots at the airfield is not ruled out. The recent explosions in Crimea have shown that nothing needs to be ruled out.

In Sevastopol, the air defense system worked out again in the area of ​​\uXNUMXb\uXNUMXbthe North Side. According to preliminary data, a drone was shot down near the Belbek airfield. Please everyone stay calm
- wrote Razvozhaev.

It is worth noting that Kyiv does not intend to retreat from its tactics of a terrorist state, striking civilian and military targets on Russian territory. It is important for the Zelensky regime to show that the Ukrainian army is not helpless, but is capable of striking "deep into Russian territory" and even "scoring victories." Therefore, the attempt to use drones to disable military equipment is far from the first; air defense systems deployed in the Crimea have repeatedly repelled attacks by all the same drones.

Belbek airfield is located in the northwestern part of Sevastopol, currently used only for military flights. aviation, civil aircraft have not flown since 2014. Kyiv has already carried out attacks on the airfield, UAVs of the Armed Forces of Ukraine were shot down by air defense systems twice in August. There were no attacks in September.
Military Reviewin Yandex News
Military Reviewin Yandex Zen
10 comments
Ad