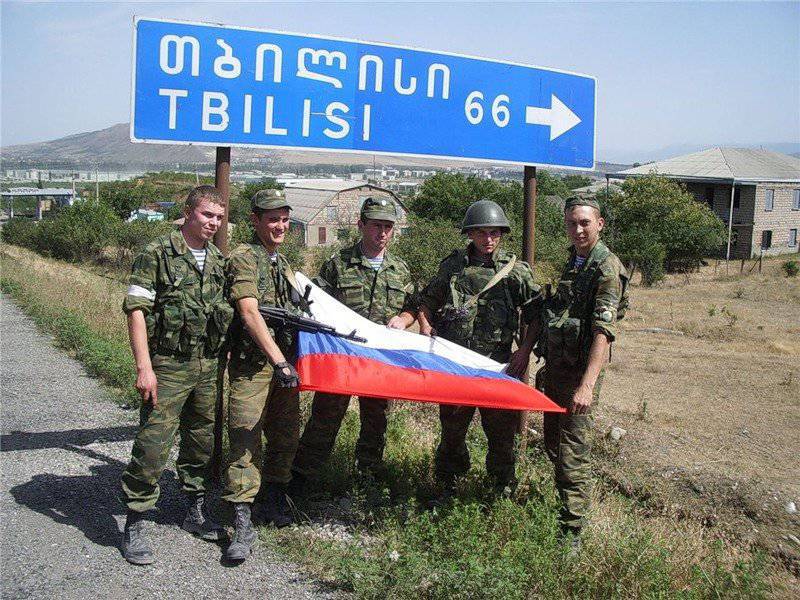 When we are now being told about the Marches of millions or about the Russian revolution, then everything largely depends on the figure of Putin. The main intelligible slogan put forward by the opposition, which is repeated as a mantra: “Putin, go away! Russia without Putin! ”And so on.

Russian nationalists largely share this slogan and also require Putin’s departure. Why? Because they say: “What, in fact, did Putin do for the Russians in his ten years of rule? Has he ever noticed any Russian problems? Has he ever tried to enter into dialogue with the Russian movement? ”

During these ten years, the legislation has tightened so that already about two thousand Russian activists are languishing in prisons and camps ...

Many claims to Putin have accumulated in the Russian people - this is true. Therefore, this spiritual cry "Russia without Putin" is often expelled from the mouthpieces of Russian nationalists.

Why Putin did not deal with Russian problems? Why did he so easily sacrifice the rights and interests of Russians, for example, in the same legislative sphere?

And why should we be considered? We had no political holdings, we did not constitute a force in politics. The power was different - these are the very same system liberals that Putin needed to push back from power and property. That Yeltsin team, brigade, political shobla. Here it was necessary to remove it! And so removed so that there is no civil war.

Therefore, for Putin, building relations with the liberals was in the first place. How to deprive them of real power and property, and to avoid an explosion at the same time - what they are now trying to do with hindsight, having already lost their positions in politics and economics.

Therefore, we - Russian nationalists, the Russian movement, and indeed the Russians, were for him a bargaining chip. When he traded peace and prosperity from the liberals, he easily sacrificed our interests.

Yes, of course, Putin, until recently, struggled to pretend that no special “Russian question” simply existed. Well, it is not, and that's it! All of us are fellow citizens of Russia, Russians, we are all united before the law, and so on.

The Russian question as such did not arise for him. Putin remembered him only in very rare election situations, he threw out a single phrase. Like the funeral of General Malafeev, the hero of the First Chechen War. He said then: "Many times the hostile forces tried to put Russia on their knees, and each time a simple Russian man stood in the way of these sinister plans." Of course, the whole of Russia’s ears were pricked up by hearing about the “simple Russian man”, the oil spilled over the heart, and everyone voted for Putin.

In 2008, when Angela Merkel came to Russia, Putin introduced her future president Medvedev and said that he was an even bigger Russian nationalist "in a good sense of the word than I myself".

Again, everyone thought: “Ah, after all, somewhere in the depths of my soul, the Russian nationalist and Putin.” We have already seen what nationalists they are, especially Medvedev! However, such applications were made. It is clear that these were opportunistic remarks, timed to coincide with the pre-election moment, or when it was necessary to introduce the figure of Medvedev into circulation, to generate some hopes and illusions about him.

But now everything should be different. What can you hope for? What to count on? What does the new post-election situation promise us? To talk about it seriously, you need to return to the personality of Putin.

What is imputed to him, what reproaches? What is he rich? But the ruler must be strong, toothy, economically independent. Some should serve him out of fear, others for good bribes, others for the idea. Otherwise, he just will not last.

What is my personal claim to Putin? The psychology of an athlete is very strong in him - not a warrior, but an athlete (not by chance, because he is a judo player). The fencers have such a term: “show” - when you do a lunge, but do not touch the enemy's rapier, but as if you show that you can destroy it, prick it. But do not stick. Get your applause, awards, bow, go off the track. This is the psychology of an athlete - not to finish, not to destroy, but to show that "I can finish, I can destroy." For a politician it is rather weak, not enough. That is my personal opinion.

I am not sure that Putin will be able to do as a fighter, as a warrior, in that war with the system liberals, which has now begun. Indeed, from the point of view of a Russian nationalist, we must, if we go on the March of millions, then with one slogan: “Finish the reptile!” And will he finish it off? I have big doubts. This reptile is a multi-headed hydra.

Will Putin come this time as an athlete? Then he himself can not survive.

However, let's see, for example, here's what. When I wrote about the Chechen war, I said that the main war criminals who killed, tortured, expelled from Chechnya, robbed the Russian people should not get away from the answer. Recall that starting with Dudayev, all the major field commanders (Maskhadov, Basayev, Gelayev, Raduyev, and others) are in the next world.

Many, probably, are already forgetting what a “seven bankers” is - a group of Jewish oligarchs who directly dictated their will to Yeltsin and carried out their policies throughout the country. Where is she now? It is not in sight.

There was such a federal law “Production Sharing Agreement” (PSA), which allowed foreign capital to shamelessly plunder Russia on official grounds, and we still had to them. So, this law has been repealed, it has long been inactive. We are no longer robbed as robbed under Yeltsin. By the way, who does not remember or does not know: this “wonderful” law was lobbied and passed by Yavlinsky and his company in the Duma.

Where is that Yavlinsky? The two main parties of the liberals - SPS and Yabloko - have lost their positions in society. Neither the SPS nor Yabloko have really participated in politics since 2003. It is possible to list such positive for quite a long time - for the nation as a whole, for the Russians, in particular, for Russia - the shifts that occurred under Putin.

But this, probably, would not be enough, hadn't happened in the last year of events that allow me to look into the future with cautious optimism and write about it. It is clear that the war will go on life and death. Let us not delude ourselves and be mistaken about this.

No one is going to forget what Putin did with Gusinsky, Khodorkovsky, Berezovsky, Nevzlin and others, because we are talking only about the tip of the iceberg, and there everything goes much deeper. When we compare the Forbes lists, we see that six or seven years ago, Russians occupied about 45%, and now under 60%. That is, it is not only about the upper layer and symbolic names. This is not forgiven him. Never.

Putin is not stupid and capable of learning. We have been convinced of this many times. Surely he already understood these simple things. And he realized that the time of the auction had passed, and the time of open war had come.

Who can he lean on in this open war with the liberals? On the Communist Party? They are rotten support - everyone understands this. On "our" youth? Funny and talk. For career success do not die. They are going to die for ideals, for ideas, that's what they are being killed for, that's what they are dying for.

By and large, there are only two such ideas - social and national. The time of the social idea has passed - communism cannot be returned. The time of the national idea is appropriate, and this means that Putin has not and will not have any support other than the nationalists.

If Putin today does not begin to support reasonable and constructive Russian nationalists, then tomorrow will be too late. I am sure that Putin will certainly have progress towards the Russian side, and they are already going. Not because he is so good or bad, whether he loves us or not, but because the political situation dictates this.