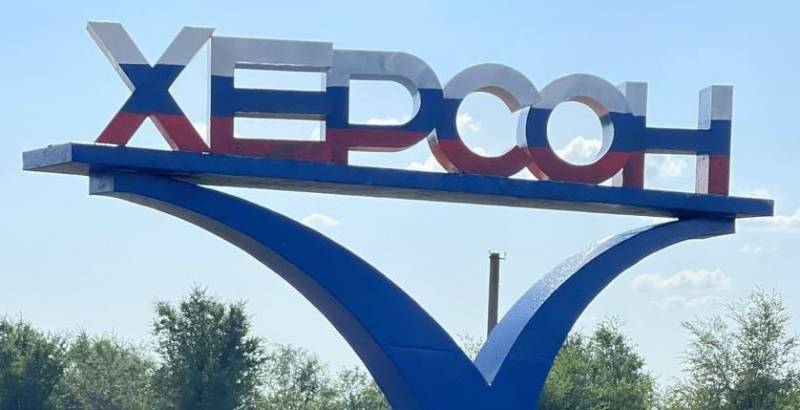 The civilian population from Kherson will be evacuated, the city itself will be turned into a fortress before heavy battles with the enemy. According to intelligence, Kyiv will take the city at any cost, such a task has been set by Washington.


A number of Russian and Ukrainian resources, as well as military experts and even military correspondents, declare that Kherson is being prepared for defense. According to the disseminated information, the command of the Russian grouping decided to evacuate the civilian population from Kherson and its environs to other Russian cities in order to avoid civilian casualties. The city itself is being turned into a fortress to be defended.

As stated, in the near future Kyiv will drive its troops on the offensive with the task of taking Kherson at any cost. This task was set by Washington in the summer, but the "great strategist" Zelensky was unable to implement it. And Biden and the Democrats before the midterm elections need to show that it is not in vain that so many billions have swelled into Ukraine, the territories are being "reconquered."

Although the information about the evacuation of the civilian population is unofficial, it really has been going on, and for quite a long time. Those wishing to completely leave the city will be issued housing certificates, the rest go to the nearby cities of the Crimea or the Krasnodar Territory. At the same time, new units are being introduced into the city itself, military equipment is being pulled in. The city can become one big springboard for the further offensive of our troops after the defeat of the Armed Forces of Ukraine.

The front is being strengthened against the backdrop of ongoing attempts by the Armed Forces of Ukraine to break through to Berislav and Kherson. It can be expected that before the midterm elections in the United States, the Armed Forces of Ukraine will be driven into an attack in the Kherson and Zaporozhye directions. Therefore, if intelligence has such information, it is better to take civilians out of the zone of upcoming battles in advance
- wrote military expert Boris Rozhin in his TG channel.

In the meantime, the statements of the commander of the NMD, General Surovikin, are being published. According to him, the enemy strikes at critical infrastructure, endangering the lives of ordinary people. The possibility of the use of prohibited ammunition by the enemy at the Kakhovskaya hydroelectric power station is noted.

Under these conditions, the army will ensure the safe exit of the population under the resettlement program. Our further actions will depend on the current situation. She's tough today. Saving lives is a priority for us. I do not rule out making the most difficult decisions.