Zelensky called the number of destroyed objects of the energy system of Ukraine, once again refusing to negotiate with Russia 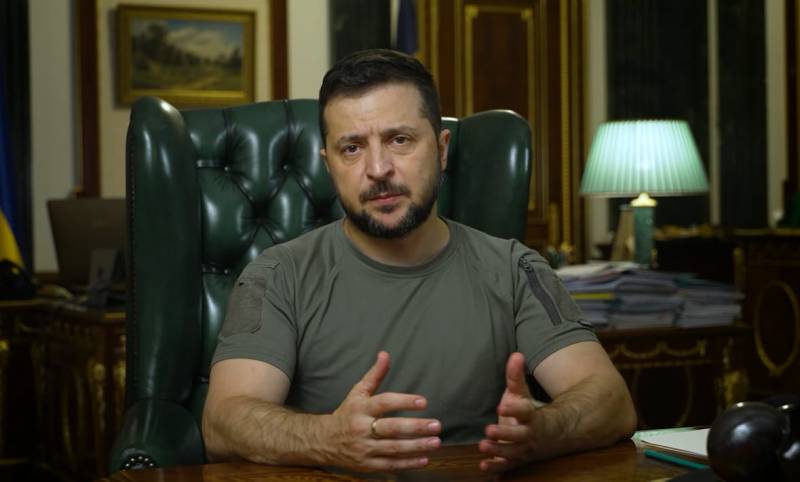 Zelensky was "offended" by Russia, which is launching missile strikes on the critical infrastructure of Ukraine for the second week and finally abandoned negotiations with Russian President Vladimir Putin.


In Kyiv, they calculated the total number of Ukrainian energy facilities destroyed by Russian troops and came to the conclusion that almost a third of the power plants were put out of action. Zelensky, on this occasion, recorded a new appeal from his new bunker in Western Ukraine, in which he stated that now he had no opportunity at all to negotiate with Putin. If earlier negotiations with Russia were simply prohibited, now they are "completely prohibited."

Since October 10, 30% of Ukrainian power plants have been destroyed, leading to massive power outages across the country. There is no place left for negotiations with Russia
- declared the Ukrainian president.

But independent Ukrainian experts have slightly different information, they talk about damage to 40% of Ukrainian energy systems. If the Russian Armed Forces continue in the same mode, then in a week it will fall completely. The lack of spare parts and components in the required quantity will not allow it to be restored.

A little clarity in the situation was introduced by the deputy head of Zelensky’s office, Kyrylo Tymoshenko, who said that just today, energy system facilities in the Dnipropetrovsk and Zhytomyr regions were destroyed, and there are problems with electricity, Internet and water in half of the country. Kyiv Mayor Klitschko reports damage to two critical infrastructure facilities and limited electricity and water supplies.

As a result of rocket attacks, energy infrastructure facilities were damaged. First of all, in the Zhytomyr region. There, one of the facilities was completely destroyed; in the region, electricity and water supply were disrupted in some areas. As for the city of Dnipro, a large energy infrastructure facility was damaged today, a lot of things were destroyed on it, we can say that it was destroyed
Tymoshenko said.