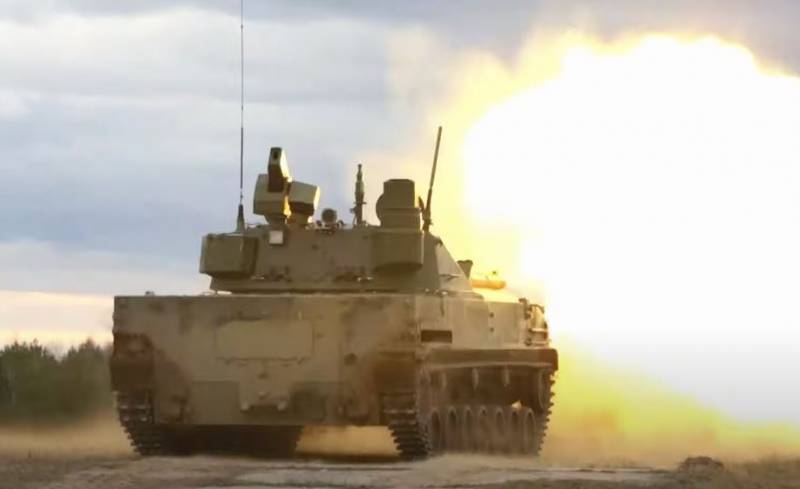 The new Russian self-propelled anti-tank gun "Sprut-SDM1" received not only a new fire control system, but also new shells that were not used on the base model. Bekhan Ozdoev, industrial director of the Rostec weapons complex, spoke about this.


The self-propelled anti-tank gun 2S25M Sprut-SDM1, developed for the Airborne Forces, was armed with shells with remote detonation, we are talking about high-explosive fragmentation ammunition. In addition, the gun's arsenal still includes armor-piercing sub-caliber and HEAT shells. "Octopus" is capable of fighting both enemy armored vehicles and infantry.

Unlike its predecessor, the new version of the vehicle was able to fire high-explosive fragmentation ammunition with remote detonation, which significantly increased the effectiveness of the fight against light fortifications and enemy manpower.
- leads RIA News words of the representative of Rostec.

Earlier it was reported that the Sprut-SDM1, created on the basis of the BMD-4, received a new fire control system, a power plant, an information and control chassis system, a new sighting system and the most modern software and hardware. Also, "Octopus" received an additional remote-controlled machine gun installation.

In August last year, Rostec reported that the Sprut-SDM1 had completed state tests and was preparing to be put into service, but there were still no reports of this. It is possible that the combat vehicle is being tested under the conditions of a special operation in Ukraine, but this is not mentioned anywhere. In principle, this option is quite realistic, now our designers are trying to drive all promising types of weapons through the SVO in order to identify their possible shortcomings in a real combat situation.