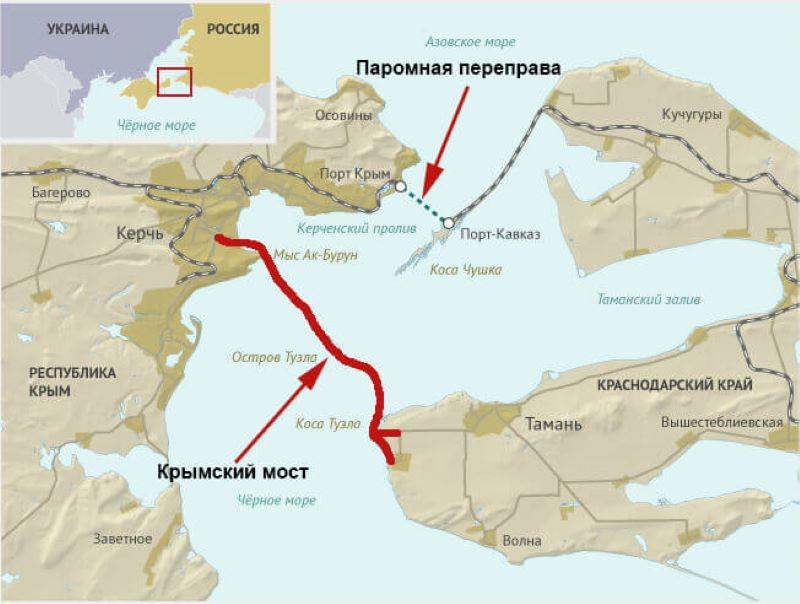 Do not redirect - redirect

The Kerch ferry crossing, in the conditions of an unregulated market, almost instantly fell victim to the large Crimean bridge, for some reason called the Kerch Bridge. And the sacrifice, as it turned out after the sabotage on the bridge, was both in vain and in vain. Moreover, both from an economic and, most importantly, from a strategic point of view.

The work of the not yet completely liquidated ferry across the Kerch Strait had to be urgently resumed due to an explosion on the bridge. Recall that for almost seven decades - from September 1954 to September 2020, she worked at least 10 months a year.

Her work was self-confidently stopped in favor of the Crimean Bridge, but even then many regarded this business decision as a strategic mistake. Especially taking into account the exacerbation of Russian-Ukrainian relations that has been growing year by year after the reunification of Crimea with Russia.

The vulnerability of the bridge has increased all the more in connection with the Russian NWO in Ukraine. The work of the old crossing, most likely, had to be resumed and adjusted immediately, but we repeat, it is only being resumed now, when a pause may soon be required due to storms and the necessary preventive maintenance. 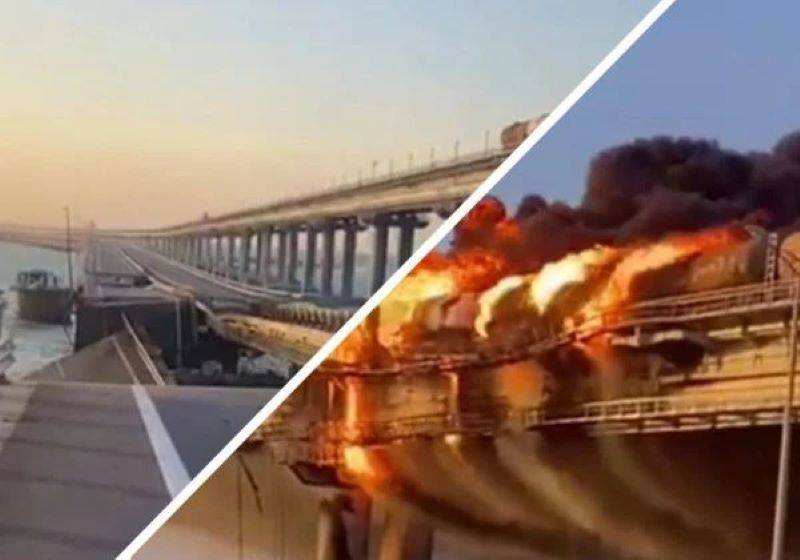 Now it is unlikely that anyone will say with certainty how long it will be possible to restore the operation of ferries. After all that has happened, it turns out to be even more controversial and the very decision to completely transfer almost all freight and passenger traffic between Crimea and other regions of the Russian Federation to a purely new bridge.

This was not done immediately, in 2019-2022, and according to the information available to the authors, some experts previously proposed, for the interchangeability of modes of transportation here, to distribute passenger and cargo flows on this route between the ferry crossing (BC) and the bridge.

Such a balanced approach emerged as early as the first half of the 50s: according to the Institute for Complex Transport Problems at the Academy of Sciences of the USSR State Planning Committee (1955: the institute worked from 1955 to 1991), back in late 1953, on the eve of the entry into the operation of the ferry crossing, its feasibility study noted that in the case of organizing new transportation options between Kerch and the Taman Peninsula, the ferry crossing should be maintained.

This was foreseen in view of the possible congestion of these new options after a few years of their operation. And in general, it was planned to do everything for the optimal distribution of transportation between modes of transport in order to insure against dependence on one “monopoly” transportation option. But these recommendations remain recommendations.

Nevertheless, it is on such a balanced basis that cargo and passenger transportation has long been carried out:

And all these are just a few examples of the complementarity of transportation schemes.

By the way, in the PRC and the USA, an adjacent version of operational insurance has long been in place, that is, a combination of sea, river and mixed (“river-sea”) transportation along a specific route. In the first case, this is the Grand Canal, 1800 km long, connecting Beijing with the ports of Tianjin, Shanghai and Hangzhou. In the second, it is the Inner Coastal Channel, 4850 km long, operating along the Atlantic and Caribbean coasts of the United States.

Regarding the ferry service between Crimea and Russia, we note that the authorities of the Ukrainian SSR “dodged” Russian projects of the 60s and early 80s, which provided for the creation of new ferry lines between the RSFSR and post-Soviet Russia with Crimea. A process of this kind dragged on by inertia until the time when Crimea had already gone under the jurisdiction of the Russian Federation. 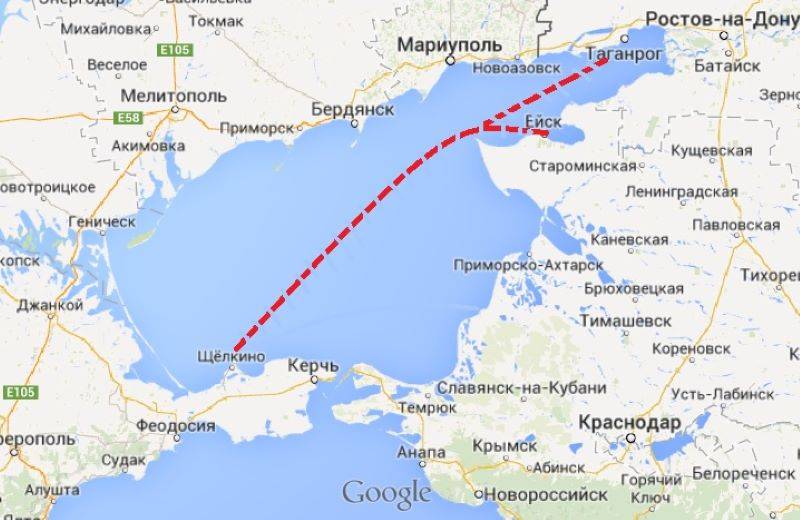 For example, in April 2015, the Crimean Ministry of Transport reported that the ports of Temryuk and Yeysk (Krasnodar Territory) would soon receive a ferry connection with Kerch (see diagram). Which was implemented in 2016-2017, but this project was proposed by Russian experts ... back in the early to mid-70s. In Kyiv, they were able to “prove” to Moscow that this project is inappropriate.

In the RSFSR in the same years and in the early 80s, various projects of trans-Azov ferry crossings to the Kerch Peninsula from Taganrog (Rostov Region) and Primorsko-Akhtarsk (Krasnodar Territory) were proposed. Including the creation of a new ferry port near Shchelkino - northwest of Kerch. But the Ukrainian authorities also rejected these projects under various pretexts.

As for the closure of the crossing across the Kerch Strait in September 2020, the literal information from September 29 of the AnRussTrans company, the operator of this crossing, is typical:

“There are no orders for transportation, since the entire passenger and cargo traffic has been redirected to the Crimean Bridge. There were three passenger ferries, two have already been sold, one is still up for sale. It’s the same with trucks: some have been sold, some are still left.”
However, the ex-Minister of Transport of Crimea Anatoly Tsurkin is sure that

“It would be worth leaving the crossing at least as a spare“ fire engine ”. Since even if there is a bridge, there should be a backup connection with the Crimea. But maintaining the ferry infrastructure in proper condition is possible only at the expense of public funds.”
It seems that this recommendation is quite relevant today and for the foreseeable future. Especially given the well-known military-political situation near the Crimea. And, accordingly, sabotage on the Crimean bridge.