News Israeli military-industrial complex: where they will produce wings for the F-35 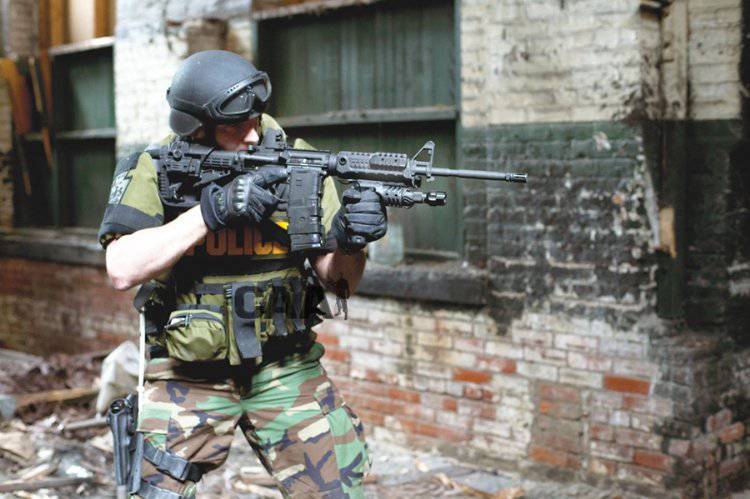 The Israeli army is adopting a new standard store - MAG-17. New from CAA Tactical in the near future will go to the IDF for testing in the number of 10000 pieces. Based on the test results, a final decision will be made. 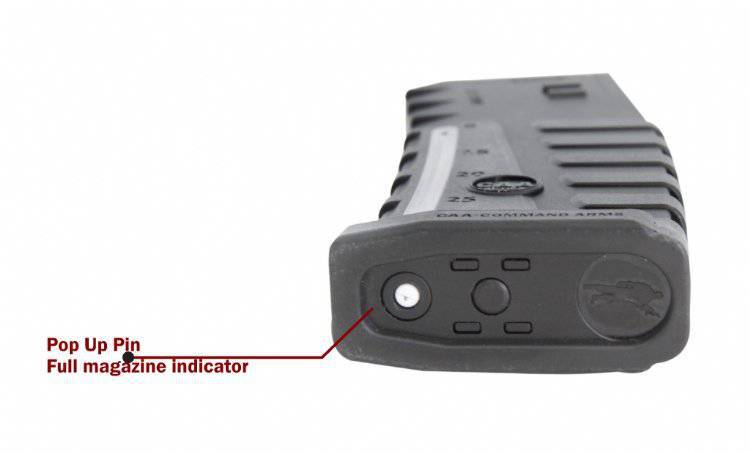 At present, the Israel Defense Forces use the 5.56 caliber and standard aluminum magazines for the M16 and M4 rifles. In the Tsakhal, these stores are used repeatedly for the sake of economy, which weakens the spring and can lead to disruptions in the effective operation of assault rifles. Under certain conditions, the clips are also subject to deformation. 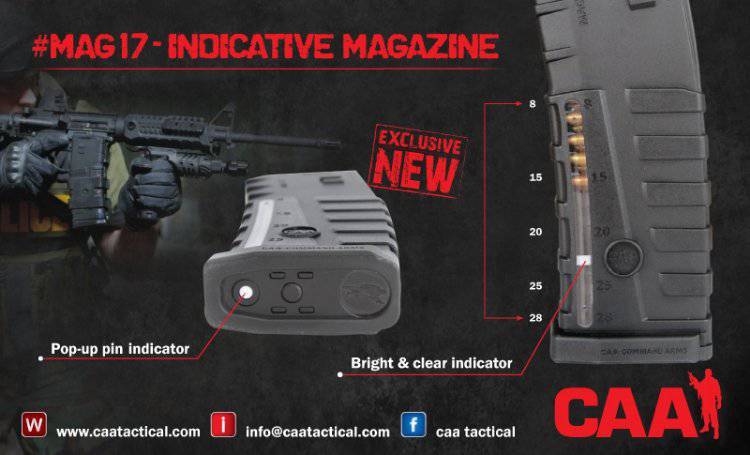 MAG-17 is a new store from CAA Tactical. It is created from modern high-strength polymers that are resistant to heating and cooling. “A few years ago, plastic was not so reliable,” notes CAA Yotam Gal. “However, nowadays all over the world there is a trend of changing aluminum in stores for stable polymers. They are shock resistant, durable and able to withstand increased loads. ” 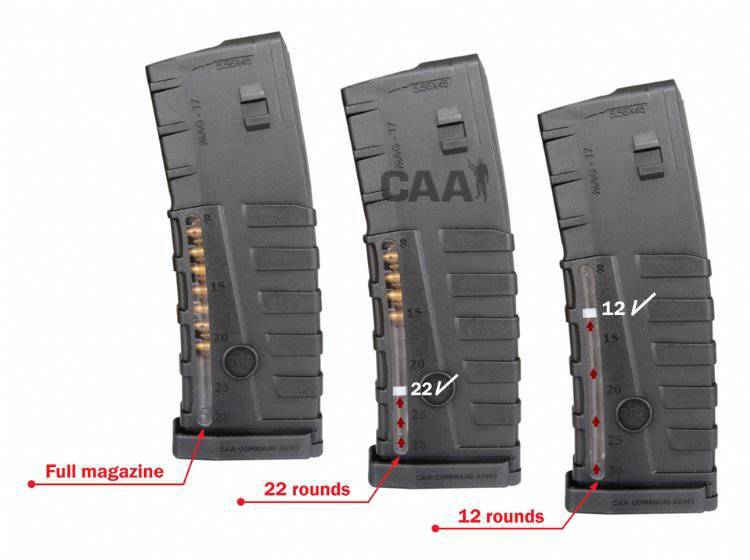 MAG-17 has a Cartridge Report Counter - SOP. Thanks to a white marker, visible in a small window, the store owner can see how many cartridges are left in the store. Also on the holder there is a special indicator that protrudes from the bottom in the case of full filling of the store. Thus, the fighter can determine by touch whether the store is full or not.

CAA Tactical is one of the world's most famous manufacturers of "body kits" and accessories for rifle weapons. In particular, the products of this particular company were spotted on Izhmash products both at the exhibitions and in the hands of Dmitry Rogozin, who presented it as a modernization kit for AK-74 in one of the Russian TV programs.

Israeli aviation industry will collect wings for F-35
According to Israel Defense, amid Israel’s decision to purchase a second squadron of F-35 aircraft from Lockheed Martin, IAI is negotiating with the American consortium to produce at its own capacities and supply it with several hundred wings for this aircraft. 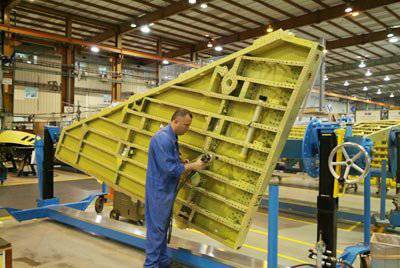 At the moment we are talking about the production of 811 pairs of wings over 10 years. The console will be produced by the IAI factory, which for many years has supplied Lockheed Martin with wings for the F-15 and F-16. The negotiation process between the companies is difficult, as the redevelopment of the enterprise and the assembly line will require significant investments.

Israeli drone flew over the Andes
Unmanned reconnaissance aircraft Heron production Israel Aerospace Industries (IAI) made a flight over the Andes. During test flights, the UAV, equipped with a synthetic aperture radar, as well as electro-optical sensors, covered distances over 500 kilometers and rose to a height of over 7,62 kilometers. Test flights took place both during the day and at night. 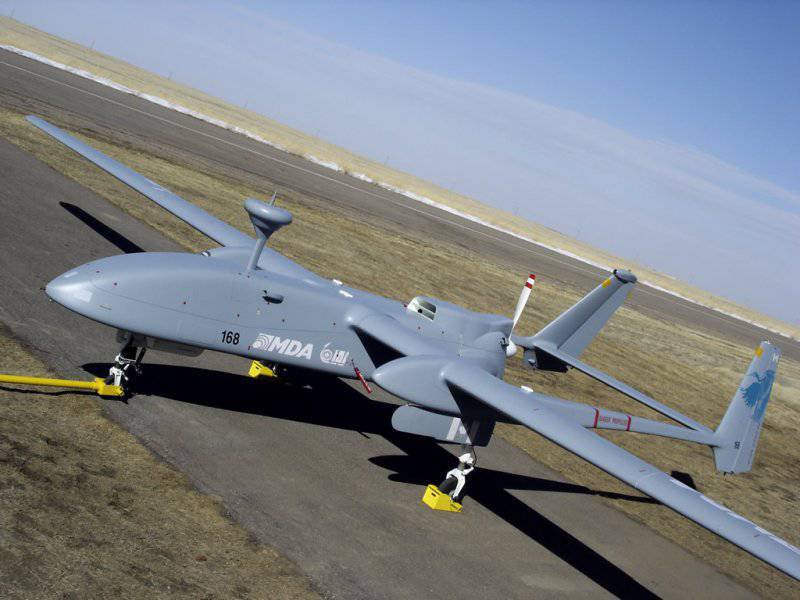 UAV Heron are in service with more than ten countries. Previously, the device successfully tested in the Himalayas, as well as the highlands of Afghanistan. In August, IAI announced the release of an upgraded version of the Heron drone with the NG index. The flight range of the UAV increased from 350 to 1500 kilometers. In addition, the device can be equipped with an automatic take-off and landing system.

Israel buys 4 corvette from South Korea
Portal NRG reports on Monday that the Israeli Defense Ministry is negotiating with South Korea to purchase four new missile corvettes for the Israeli Navy. The approximate value of the contract is estimated at 400 million dollars. 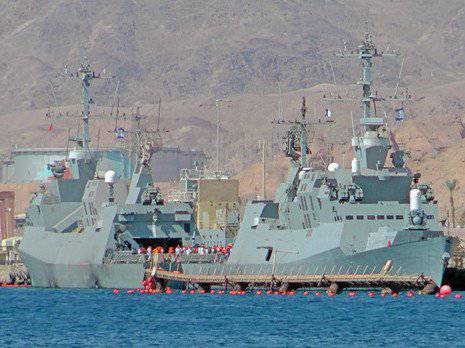 Purchase of new missile corvettes included a multi-year development plan being developed in recent months fleet given the expansion of its tasks after the discovery of large gas fields in the exclusive economic waters of Israel.

Three months ago, the Israeli portal Israel Defense announced that the Ministry of Defense decided to abandon the purchase of new combat ships from the American company Lockheed Martin and began to consider alternative options. Among other things, the possibility of building corvettes in the Israeli shipyard "Maspenot Israel" was considered.

Most likely, the choice of South Korea as a supplier of corvettes is intended to restore relations with this country after Israel gave preference to Italy in the fight for the $ 1 billion contract to buy 30 training aircraft for the IDF Air Force. It is expected that in the case of the purchase of corvettes in South Korea, the government of this country will be obliged to purchase products from Israel as a reciprocal transaction.