October 25 2012
1
In the Czechoslovak Republic in 1960, light armored vehicles, equipment and systems are being developed. Czechoslovak engineers are beginning to develop a promising 28mm quick-fire gun. According to the original assignment, the weapons system being developed was receiving recharge of a pneumatic type. It was combined with a retractable brake and had switchable dual power from the used magazine.

During the work on the gun, it turned out that using the 28mm caliber is not economically viable - I would have to develop ammunition for the caliber, test it, and put it into production. Therefore, it is decided to redesign the rapid-fire weapons system under the caliber 30X211mm - the ammunition has already been used by self-propelled anti-aircraft installation "Ještěrka" Praga PLDvK vz. 53 / 59.

In 1967-1968, a new rapid-fire weapon called VK.30 was assembled. For testing, it is installed on the Czechoslovak modification of the Soviet BTR-50P - the Otter-1 prototype (BTR OT-62). Exact data on the progress of the tests was almost not preserved, but in 1971, the VK.30 rapid-fire gun was installed to test for another Soviet BMP modification - the BVP-2 Vydra-1 prototype (by the way, the Vydra-2 was just developed for a new weapon system ). 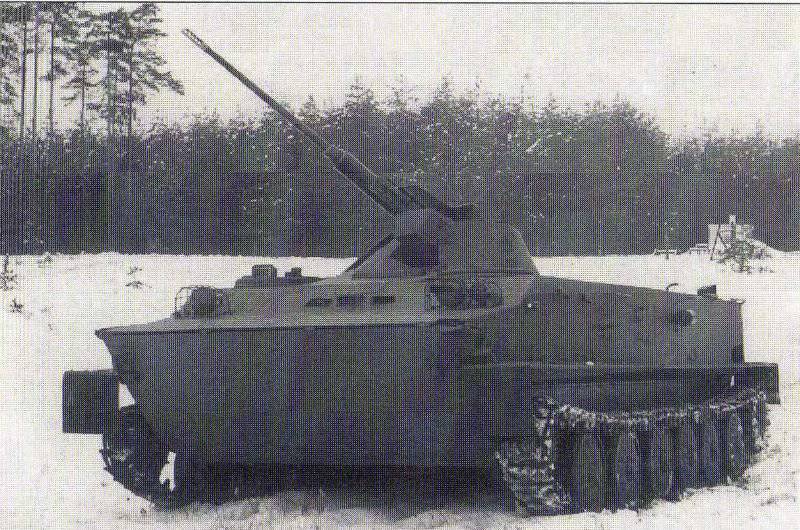 Own weight of the gun - 160 kilogram. Drum magazine capacity - 120 ammunition. The store received a three-turn version - the 1 and 2 coil of the store consisted of fragmentation ammunition 40 units and how much ammunition was in the third coil, only armor-piercing type. The design rate of fire is up to 650 shot / min., But during the tests, the rate of fire did not exceed 530 shot / min. The weight of ammunition caliber 30X211mm - 435 grams, the initial flight speed of about a thousand m / s. Effective range to 2000 meters. Automatic fire from a gun had good accuracy while the gun had a soft recoil. When firing, it was possible to quickly change the used ammunition - it was possible to choose the ammunition to be supplied next to the barrel. In case of misfires, for their quick elimination (recharging) there were 2 of the igniter with electric ignition.

Although the Czechoslovak military abandoned the 28mm caliber and the creation of a new ammunition for it, for the new VK.30 they gave the go-ahead to develop a special cumulative projectile. The new ammunition had the following combat characteristics: armor-piercing - monolithic armor up to 90 mm with an angle of 90 degrees. The cumulative projectile received anti-rotational stabilizers in order to enable it to form a cumulative jet. Probably, the stabilizers were revealed in the final part of the flight, after a certain time, because the stabilizers significantly reduced the speed of the ammunition. Data on accuracy, trajectory and range are not known. 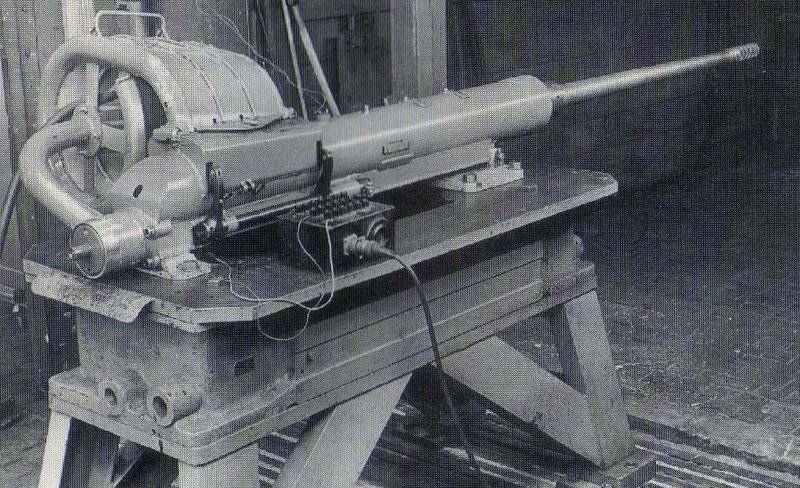 The fate of promising VK.30
In the 1971 year, the Otter-2 "BVP-1" with VK.30 installed is transferred to the Soviet Union, where it underwent various tests. A few years later, in 1973, the development of a rapid-fire gun called the VK.30 was stopped. Probable reasons for the cessation of development - tests showed the flaws of the gun, it was also not unified (at that time the Warsaw Pact countries had unification under the caliber 37mm) However, it is worth noting that the Soviet gun for the light armored 2А42 was at that time only being developed, replacing the developed weapon system was not found. It should be noted that light armored vehicles with a similar small-caliber rapid-fire cannon appeared in Czechoslovakia and the Soviet Union as much as ten years later. The Soviet-made 2А42 rapid-fire gun mounted on the BMP-2 appears in service in the 1983 year. She received, compared with VK.30, weaker ammunition caliber 30X165mm. The weight of the armor-piercing tracer was 400 grams, the initial flight speed slightly reached 1000 m / s.