British press: To stay in the chair of the prime minister, Truss was going to fire the Minister of Finance Kwasi Kwarteng 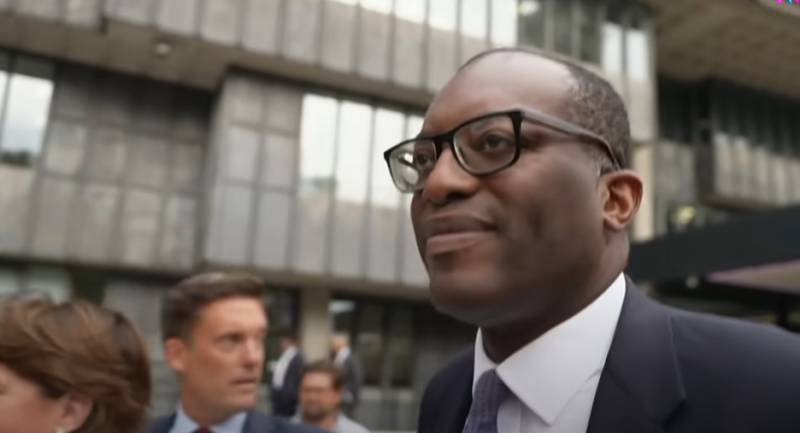 The British press writes that Liz Truss, who became prime minister just a few weeks ago, is trying to "save her position." Her rating as head of the cabinet is the lowest among all British prime ministers in recent decades. He is even lower than the rating of Boris Johnson at the time when he had to leave the prime minister's chair.


It is reported that Liz Truss has decided to fire Kwasi Finance Minister Alfred Kwarteng. Officially, his position in Britain is designated as Chancellor of the Exchequer. It is believed that it is Kwarteng who is the main developer of the new tax program of the United Kingdom. This program was supposed to reduce the tax burden for the British, whose incomes are much higher than the average.

This caused a surge of discontent among ordinary Britons. Moreover, the new budget plan, also presented by Kvarteng, led to the fact that the rate of the pound sterling increased its rate of decline, and inflation began to gain even greater momentum.

In this regard, as the Military Review has already reported, dissatisfaction with Truss and her thoughtless policies from even party members began to grow. The Conservative Party understands that if Truss continues to act in the same spirit, then their party will lose miserably to Labor in the next elections. Therefore, clouds began to thicken over Truss.

According to The Times, Liz Truss, in order to somehow reduce political pressure on herself, decided to fire Kwasi Kwarteng and at the same time abandon the budget plan with which he came to her government. However, the problem is that at the moment there are no professionals in the environment of Truss who would have a different plan for the economy ready. If there are plans, then they again rest either in providing assistance to banks, or in finding funds for excessive expenses due to the rise in energy prices.

For reference: Kwasi Kwarteng was born in 1975 in a family of immigrants from the African state of Ghana. He graduated from Eton College, Trinity College, and from the University of Cambridge received a Ph.D. stories economy. In politics since 2009. He also worked in the government of Boris Johnson, where he was responsible for entrepreneurship and energy.
Military Reviewin Yandex News
Military Reviewin Yandex Zen
54 comments
Ad