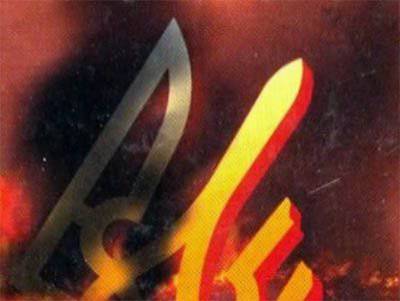 14 August 2012, in Kiev, was a presentation of a series called “500 seconds of truth about Ukraine,” in which the authors tried to debunk the current interpretation of the Ukrainian stories. The film was presented by activists of the “Alternative” political club. According to the idea of ​​the authors, the video should expose the mythologization of Ukrainian history by independent forces with respect to certain moments: the constitution of Orlik, the national flag, the battle of Kruty and others. Currently, the network can find and view 10 movies from this series. However, the authors promised that they intend to continue to work in this direction in the future.


It is noteworthy, but many Russian historians hold similar positions on Ukrainian history, arguing that the whole history of Ukraine is a complete myth that allows the authorities to keep the people under control, instilling in them the principles of national consciousness and self-identification. In particular, many online resources can be found with research on this topic. One of such studies is an article entitled “The Great Ukrainian Myth”, published under the pseudonym Antip Glymov in the Odessa newspaper Nashe Delo.

The author of the article proves that historical mythologization is a fairly common phenomenon. Myths were present in the history of almost every state, because both the state and the people themselves invent legends about themselves, trying to show their significance. And very often this happens outside their will - just historical events are interpreted in the way they would like to be seen in reality. Very often, it is the desire to confirm that certain prejudices are true, much stronger than historical facts. And, interestingly, the mythologization of history continues in our time. As an example, the author of the article cites the Great Ukrainian myth, saying that it is very convenient and practical in terms of self-identification of the nation, proclaiming the conciliarity of the Ukrainian state. But at the same time, this myth is very insidious, and first of all for the Ukrainian people themselves, because it replaces entire historical layers, thus displacing the truth.

Glymov says that the Ukrainian myth has its own interpretation of historical events, exposing in a favorable light all negative events and phenomena, and sometimes refutes the facts recognized by all. In particular, the Ukrainian myth claims that the ancient Russian history is the Ukrainian history. The author cites as examples of forgery the names of historical characters, in particular, I. Vishnevetsky, B. Khmelnitsky, M. Doroshenko, arguing that they are all called Ukrainian figures, even though they themselves felt Russian.

The author says that the Ukrainian myth claims that Ukrainians are a special nation, that they are not at all part of the Russian people. The author consistently tries to prove that in the XVI-XVII centuries there was no mention of Ukraine, and all attempts by Ukrainian historians to state the opposite are based on Cossack ideology. Glymov argues that in fact the Cossacks were almost robbers who were not interested in anything other than personal gain. Therefore, they did not stop at the killings, intrigues, coups, betrayal and chaos. The Cossacks could not create their own state, because for them the concept of sedentary life and peasant work was unacceptable. And the whole Cossack democracy is nothing but the power of the crowd.

In addition, the article also contains reflections on the fact that the early Ukrainophiles, including Nechui-Levitsky, Kotlyarevsky, Kvitka-Osnovyanenko, Kulish, Kostomarov, were not at all against union with the fraternal peoples. And that the direction of Ukrainophilism into the mainstream of Russophobia began after the appearance of Polish agents in this movement, in particular, V.Antonovich. In addition, the author says that among Ukrainophiles there were a large number of representatives of other nationalities.

There are mentions of the OUN-UPA and its leaders, as well as the creation of such a thing as integral Ukrainian nationalism, the author of which D. Dontsov borrowed many of the postulates from Hitler. The essence of ideology, according to the author of the study, was that it was based on the ideas of social Darwinism, according to which a nation is a natural species, so it must wage constant wars with other nations for territory and survival. The nation was built on the principle of hierarchy, at the head of which was the leader, and his closest circle was called the elite. The driving forces of nationalism are will, strength (including physical), violence, territorial seizure, racism, fanaticism, mercilessness towards enemies, hatred of others.

Thus, a very definite conclusion suggests itself: the author is a Ukrainophobe who considers Ukrainians to be a lower race, “cattle”.

Unfortunately, such studies are not isolated. So, a great interest in this context is the book-investigation of Maxim Kalashnikov and Sergei Buntovsky entitled “Independent Ukraine. The collapse of the project ", which, apparently, served as the basis for the article Glymova, because in it all the thoughts expressed are similar to those found in this book. To be more precise, the Glymov study is some fragments of phrases taken out of context, which the author has distributed in chronological order.

At the same time, there are historians in Ukraine who approach the interpretation of historical events more objectively, trying to take into account all factors and principles, or at least bring more weighty evidence to support their words. So, in particular, academician of the Ukrainian Academy of Sciences, director of the Institute of Archeology Petr Petrovich Tolochko, says that the situation that has developed at the moment in the scientific world is very serious. If we talk about Ukrainian science, then in this area there are no decent conditions for work. Financing of science is at a very low level, which was the reason why some scientists left in search of a better life in the West and in Russia, and some tried to adapt to new living conditions, starting “making history to order”.

Unfortunately, P.Tolochko believes, historical science is very close to ideology. Therefore, in different historical periods of the state’s development, they tried to use history as an ideological tool. As for the present, now a myth is being mythologized, that is, an attempt to force the past to serve the present. Therefore, there are ideas that in the past the Ukrainian nation was strong and powerful, and they try to search for the Ukrainians in ancient times. As an example, the academician gives Tripoli culture. Her study is engaged in a huge number of scientists and people far from archeology. One of these people is the deputy I. Zaets, who by the nature of his work is an economist. However, he declares that he has read three dozen books on Tripoli, and he can definitely say that Tripolis are Ukrainians. A deputy can only be envied, because even those scientists who wrote (and did not read) the same amount of research still cannot say who the Tripoli people really were. According to P.Tolochko, everything that is happening now is based on an inferiority complex. Tripolskaya culture is known to all, so why not proclaim it part of the history of Ukraine? At the time when Tripoli culture existed, at least a dozen others developed, so why nobody pays attention to them? Because no one has heard anything about them ...

This applies not only to Tripoli, but also to Scythian culture. But after all, even if Tripoli can be at least territorially connected with the Ukrainians, because it was located on the territory of modern Ukraine, then the Scythians were generally nomadic people who had nothing to do with the Ukrainians, these are ancient Iranians who came from across the Caspian .

Further, the situation is not the best way. Kievan Rus was declared by the Ukrainian state, although in reality it was a state that occupied vast territories and which was subsequently divided into Ukrainians, Belarusians and Russians. Nevertheless, some unscrupulous scholars are not shy about declaring Kievan Rus as a Ukrainian state, which very often leads to curiosities when the Kiev prince is called Ukrainian, and Vladimir Vladimir is called Moskal, although in reality it’s about blood relatives - father and son.

Of course, I would like to hope that all this is done with the best of intentions, and that all these myths are placed in school textbooks only for the purpose of fostering patriotism among the younger generation, and that Ukrainian science will soon recover from the mythology.

If we talk about politics, here such a thrust will remain very, very long. After all, every force that comes to power reinterprets history in its own way, and what seemed yesterday to be an important stage in the development of the Ukrainian state will be perceived tomorrow as a trifle or will be denied altogether.

In such a situation it is very important to try to stop at trying to seem better than we really are. And in no case should one allow the political forces that periodically replace each other, in order to satisfy their ambitions, to twist the story in the way they want.

Ctrl Enter
Noticed oshЫbku Highlight text and press. Ctrl + Enter
We are
"Bulat" gives protectionMyths about the Battle of the Ice
Military Reviewin Yandex News
Military Reviewin Google News
179 comments
Information
Dear reader, to leave comments on the publication, you must to register.