In the West, they thought about the impact of the nuclear deal with Iran on the security of the Persian Gulf countries 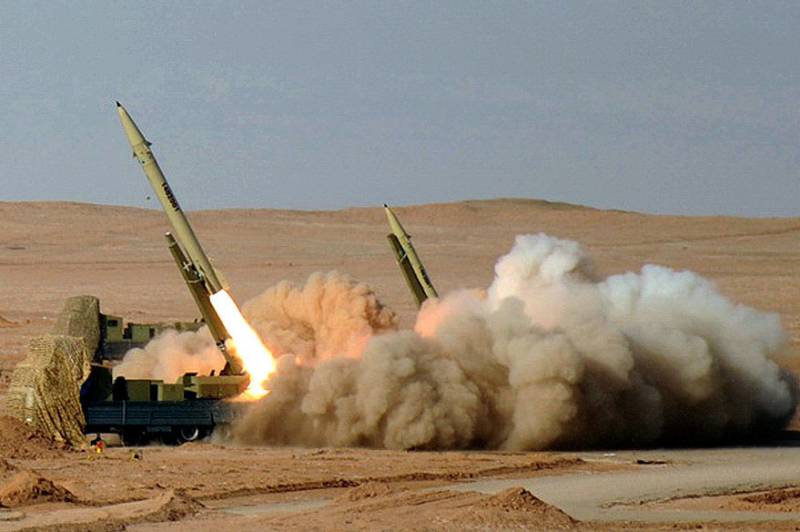 Negotiations on a nuclear deal with Iran are now resuming, then subside again, but if it is nevertheless restored, the question will arise of how this will affect the security situation of Iran's closest neighbors, primarily the Persian Gulf countries. A publication on this topic was published in Breaking Defense.


There is no doubt that Iran poses a very significant threat to the Arab monarchies of the Persian Gulf. First, it is a direct competitor in the energy market. Secondly, Iran has a strong influence on the Shiite communities of Southwest Asia, and there are many Shiites not only in Yemen or Bahrain, but also in Saudi Arabia. By the way, Shiites here live in oil-bearing regions, which worries the Saudis so much.

According to John Alterman, director of the Middle East program at the Center for Strategic and International Studies, the nuclear agreement with Iran will not change the situation in the region much. After all, Tehran will not stop either other missile programs or its expansionist activities in Southwest Asia.

The US authorities have now withdrawn from active discussion of the resumption of the nuclear deal amid attempts to ignite the “Maidan” in Iran after the death of Mahsa Amini. Reports from the IAEA that Iran is continuing programs to improve uranium enrichment also do not encourage the resumption of negotiations on the deal. And the US is losing interest in the Iranian issue as it focuses more and more on confrontation with Russia and China.

For America, confrontation with Russia and China is existential, not with Iran. There is one more nuance. Recently, relations between the US and such key Gulf states as Saudi Arabia and the UAE have become increasingly cool. First, US President Joe Biden allowed himself accusations and insults against the Saudi Crown Prince Mohammed bin Salman, then Saudi Arabia supported OPEC+ in reducing oil production. Now, in Washington, some politicians are already talking about the desirability of withdrawing US anti-missile forces from Saudi Arabia.

Realizing that in the situation of the withdrawal of the Americans, the defense capability of the region will be significantly reduced, the Saudis will buy new air defense and missile defense systems, as well as work on their own nuclear developments. On the other hand, Arab monarchies can take steps to improve relations with Iran. For example, Kuwait and the UAE have recently returned ambassadors to Tehran.

At the same time, some experts admit the possibility of forming a kind of anti-Iranian alliance in the Middle East, by analogy with NATO in Europe. It may include the United States, Saudi Arabia and other Arab monarchies of the Persian Gulf, probably Jordan. It is possible that even Israel may be called, given the improvement in relations between the Jewish state and the Arab monarchies. If Washington wants to maintain its influence in the region, the decision to create an alliance would look like a very reasonable initiative.

However, Giorgio Cafiero, CEO and founder of Gulf State Analytics, sees the creation of an "Arab NATO bloc" as unrealistic. For example, if the UAE can come to an agreement with Israel, then Kuwait definitely can't, and you can't even talk about Iraq. Saudi Arabia, too, may be wary of entering into an alliance with Israel due to the fact that its image in the Islamic world will then be dealt a crushing blow, and this will play into the hands of Iran.

Therefore, scenarios for the further development of events in the Middle East can be very different and, most likely, they will be greatly influenced by processes taking place far outside the region, including in Eastern Europe and East Asia.