Orders and Medals of Russia and the USSR

October 30 2010
0
The beginning of the creation of the order system of Russia put Peter I. Before him, the only state distinction was a medal. Orders in Russia were created in the image of the Western European order unions that emerged as church organizations in the 9th and 10th centuries, and as secular (unions of knights) in the 13th centuries. In the latter there was a rigid hierarchy, the number of members was strictly limited. All members on their clothes had distinctive marks - first made of cloth, then metal. These signs are also called the "Order". Younger members of the Order Union were called “gentlemen” and wore small-sized signs on their chests on a narrow ribbon of corresponding colors. The more honored members were called commanders and wore larger marks around their necks on a white wide ribbon. At the head of the order was a grand master (master), who wore the mark of the largest size at the belt on a wide ribbon. Commanders and grandmaster sat on the board of the Order. Each order union had its own motto, statute, capital, estates, and its members - special order clothing.


All these attributes were subsequently transferred to orders and insignia. In addition, persons who assisted the order (aid, donations, etc.) - the so-called "donators" - were not included in the order, but were not included in it. They complained about their breasts like the badge of the Order - the Donat of the order. In the future, as the number of members of the order increased, it became necessary to single out the senior commanders of the order. To do this, they introduced stars for senior commanders and grandmasters of the order, and junior commanders received only marks on their necks without stars. Thus, the former three-power structure of the Order Union was replaced by a four-power one. That is why the award orders of Europe and Russia usually had four degrees with the specified attributes (signs, ribbons, stars), or one degree. Exceptions (two or three degrees) were rare.

Proceeding from the above, only a nobleman could become commander of the order. Persons of other classes had to be content with the donates of the order.

The first Order of Russia - St. Andrew the First-Called - was created as a symbol of the greatness of Russia, its statehood and sovereign power, as well as an incentive for government and military leaders. He had only one degree, the number of gentlemen was limited to 36. However, later this number was significantly exceeded. The grandmaster of the order was Peter himself, after him - the next reigning emperor, the order was issued only by his order. The list of civil and military merit for which the order could be granted was announced, but its status remained undeveloped for a long time. This order until the collapse of the Russian Empire remained its highest order.

The Order of Liberty (Liberation) established by Peter, later called the Order of St. Catherine, also became the second Russian order. He stood alone among the European orders, as it was intended only for awarding women and had at the same time two degrees.

Shortly before his death, Peter established a new order of St. Alexander Nevsky, not having time to reward anyone. He had one degree and was conceived as a military man. But Peter's receivers also awarded them for civilian services, making him a "universal" order.

As a result, Peter I left three orders for his descendants: one - the highest, the other - the female, and the third - the military (in practice, universal).

This was followed by a long 44-year period, during which the order system was not only not supplemented, but did not change. True, in the same period, the Western European Order of St. Anne appeared and went on to award them, but for a long time it remained like a "private" order of the heir to the throne, and then Emperor Peter III and his son Pavel Petrovich.

Peter's successor in creating the order system was Empress Catherine the Great. During the first victorious wars against the Turks, she established a purely military order of the holy and great martyr George the Victorious. It was for the first time in Russia divided into 4 degrees. His status had a lot of new things, in particular, and noblemen had the right to award them. Later, Catherine established the Order of St. Prince Vladimir to award civil and military officials. He had a 4 degree, like the Order of St. George, and in many ways was similar to him. The Order of St. Vladimir was put in the hierarchy of orders very high: his I degree went after the Order of St.. Andrew the First Called, and the Order of St. George was placed generally outside the hierarchy. These two orders, up to 1917, remained the most popular awards in Russia, in particular, because any civilian rank had the chance to earn the Order of St. Vladimir, having received at the same time immediately hereditary nobility (but few succeeded!), And the Order of St.. George was not honored for the rank, and not for nobility, but for a specific feat. This circumstance made him the most honorable award in Russia.

The remaining 4 orders of Russia, established later, were borrowed from Western European award systems. Emperor Paul I, the son of Catherine II, in the fight against the innovations of the mother, abolished the orders established by her, officially introduced the order of St. Anna, combining it and 3 "Peter" orders in a single Russian cavalier Order, where the previous order included the rights of "names" (degrees). To the Order of St. Annas were ranked as the Anninsky medal for rewarding the lower ranks, called "the insignia of the Order of St. Anne". According to the attributes of the medieval orders, it corresponded to Donat. Soon, Pavel I approved the “Ordinance on Orders”, which defined the features of the order system, introduced the statutes of “Peter orders” and granted the clergy and merchants the right to receive secular orders. This “Establishment,” with some modifications, existed until the 1917 year. Following the "Establishment" was established the chapter of Russian orders - the body in charge of the award system. A year later, Paul I became the Grand Master of the Order of St. John of Jerusalem (Maltese) and introduced this order into the Russian award system. The Order, often called the Order of Malta, had an 3 degree and was outside the Russian Cavalier Order, being the favorite order of the emperor. Later, Pavel established the Donat of this order for the lower ranks, abolishing the Anninsky medal. As a result, Paul introduced two orders into the system, established donations and streamlined the award system. The son of Paul, Emperor Alexander I, immediately after accession, abolished the concept of the Russian Cavalier Order, restored the rights of the Order of St. George and sv. Vladimir, stopped awarding the Order of St.. John of Jerusalem and his donate, restoring the insignia of the Order of St.. Anne.

In addition to it, in 1807, a "badge of the military order" was established as part of the order of St. George This sign, called the St. George Cross, became the legendary award of the Russian soldier. After the Congress of Vienna, which annexed Poland to the Russian Empire, Alexander I became the grandmaster of three then-existing Polish orders: the White Eagle, Virtuti Military, St. Stanislav. But these orders were not included in the heading of Russian orders at that time, but were intended only for people of Polish origin.

His younger brother, Emperor Nicholas I, after the suppression of the Polish uprising 1830-31, deprived Poland of autonomy and introduced the Order of the White Eagle and St.. Stanislav in the order system of Russia, extending their effect to the whole empire. The Order of Virtuti Military Nicholas abolished altogether, commanding to give it to all participants of the suppression of the uprising as a medal.

The period from 1831 to 1917 was marked by a change in the statutes of the orders. In order to increase the importance in 1832, individuals of the merchant class were deprived of the right to receive personal nobility when they were awarded the order. Then the statutes of all orders were revised. According to the introduced changes, the insignia and stars awarded for military merit (except the orders of St. George and St. Catherine) were supplemented with the image of crossed swords; the wearing of bows to orders received for military merit was canceled; Forged stars were replaced with metal forged ones; canceled award orders of St. Georgy IV degree for long service - instead, he was awarded the Order of St.. Vladimir IV degree. In addition, in order to limit the growth of the nobility, the right to receive hereditary nobility was granted only when awarded the Order of Anna I degree, and awarding the Order of St. Stanislav I and II degrees with 1845 g stopped altogether (his fourth degree was previously abolished). Persons of non-Christian religion received signs and stars depicting a double-headed eagle, instead of images of saints. Later awarding orders of St. Stanislav I and II degrees were restored, but with the right to receive the awarded personal nobility. Introduced award for special merit orders of St.. Anna I and II degree and of sv. Stanislav II degree "with crowns", which was canceled in the 70-s of the XIX century. After the cancellation of the award order of St.. George for long service his cavaliers received the right to wear all the degrees of this order, which was the only exception in the entire Russian award system. Then the gentlemen of St. George weapons Were ranked among the gentlemen of this order, which somewhat reduced its value. At the same time, junior degrees of orders received for military merits were transferred to the military part of the signs and stars of higher degrees of these orders, if they were not received for military merit. This rule existed from 1861 to 1870, when they were allowed to carry signs and stars with swords in the presence of signs and stars of higher degrees without swords. In 1900, the right to receive hereditary nobility was introduced only when awarded with orders of St. Vladimir III degree and senior orders.

Changes in the order system, which appeared in the years of World War I, concerned the material of the orders: they began to be made of non-precious metals. The February Revolution changed the appearance of orders: according to a decree of the provisional government, crowns, scepters and powers were abolished on state eagles, which were depicted with wings lowered; The motto on the Order of the White Eagle was to be closed with branches. In addition, the addition was introduced in the statute of the Order of St.. Georgy: he could be awarded with the IV degree by the "lower ranks" in case of their replacement in the battle of the deceased commander. Never before have persons of peasant origin or “from simple” rights of awarding an order.

But most of the innovations of the interim government were not implemented: Decree of the Council of People's Commissars of December 16 1917 "On the equation of all soldiers in the rights of" abolished all orders. Some traditions of the Russian order system were revived during the Great Patriotic War; their further development continues now, with the creation of the order system of the Russian Federation. 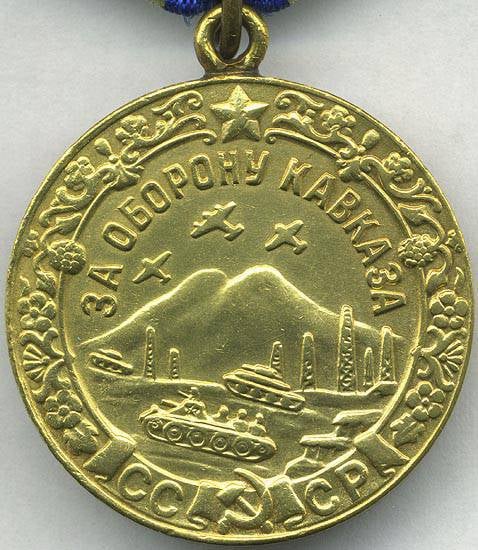 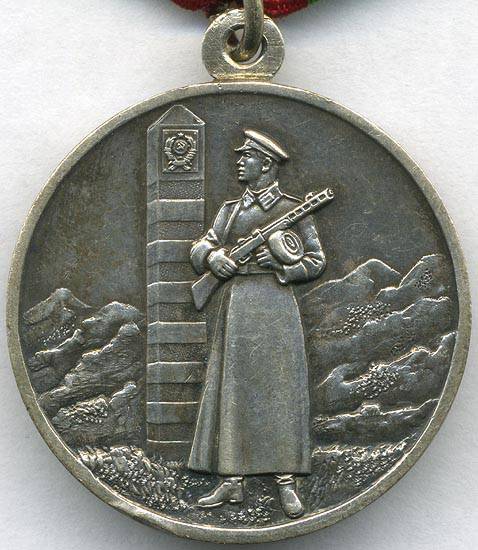 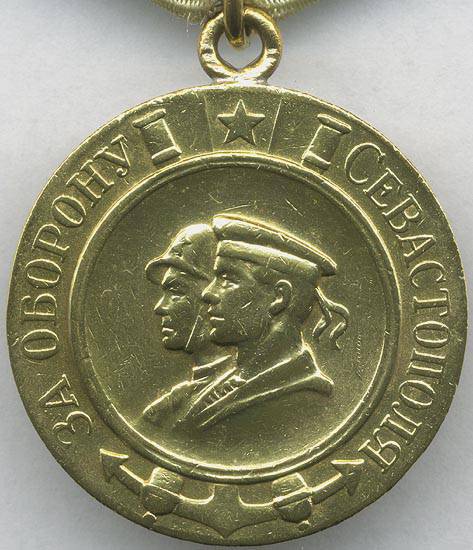 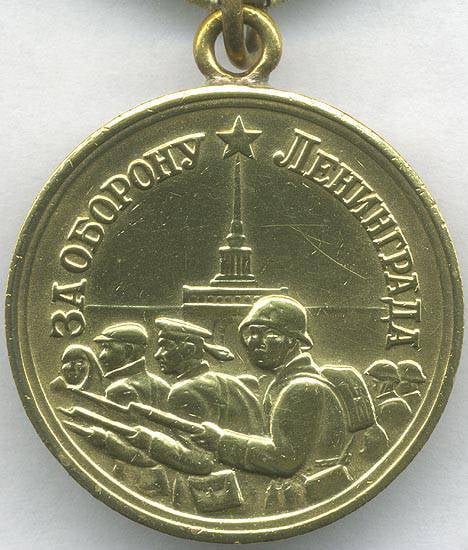 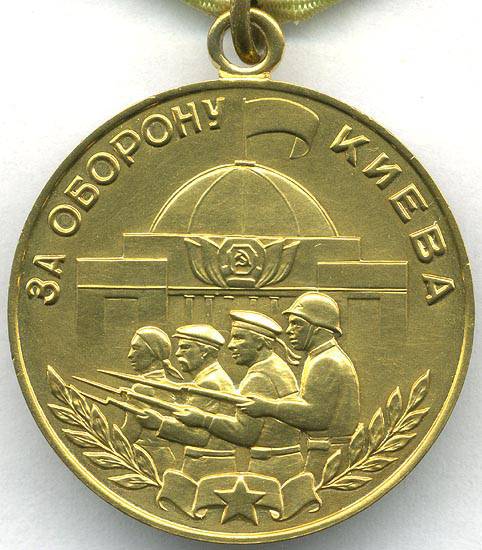 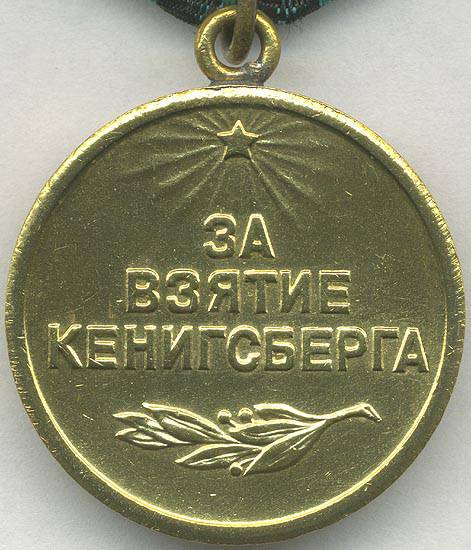 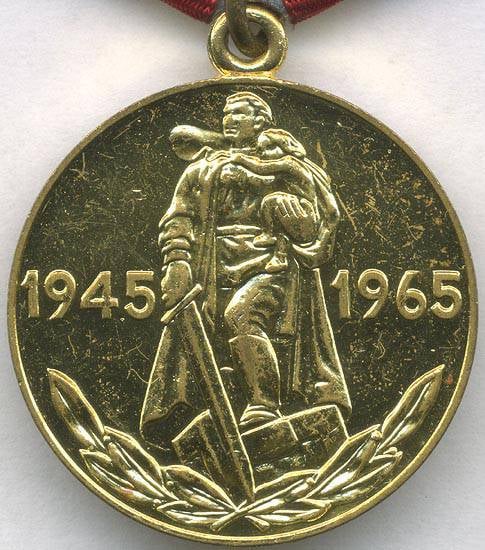 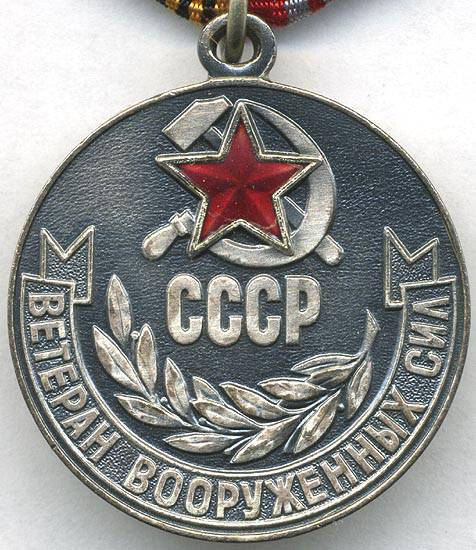 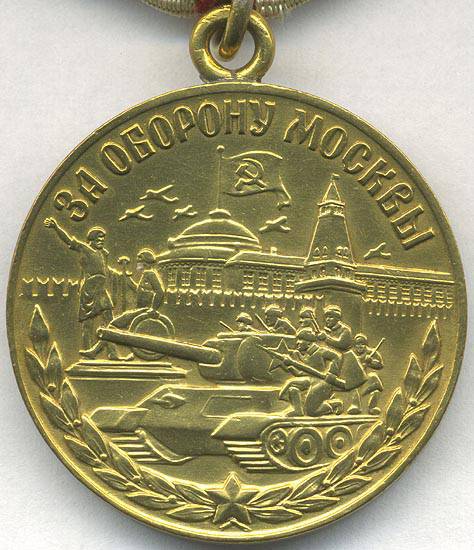 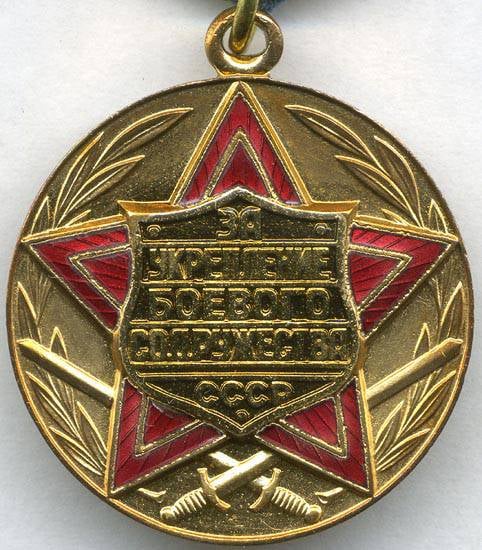 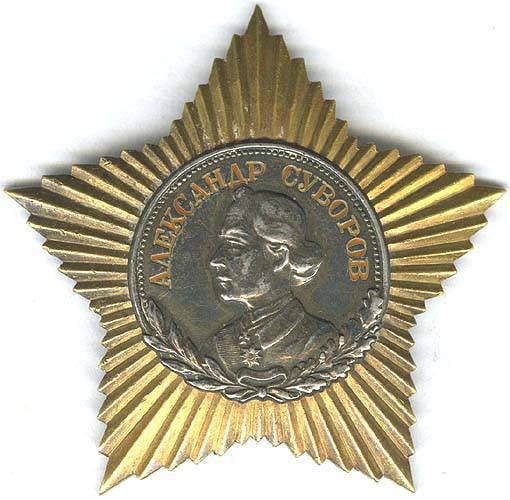 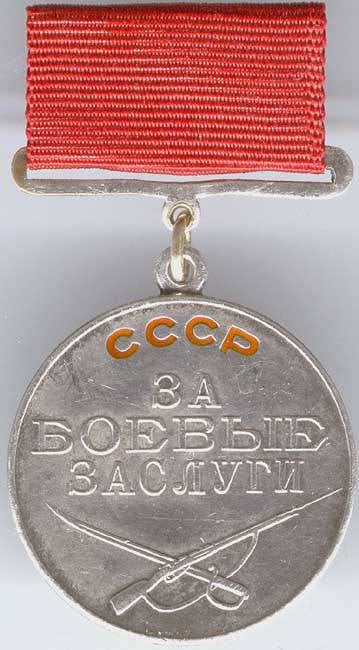 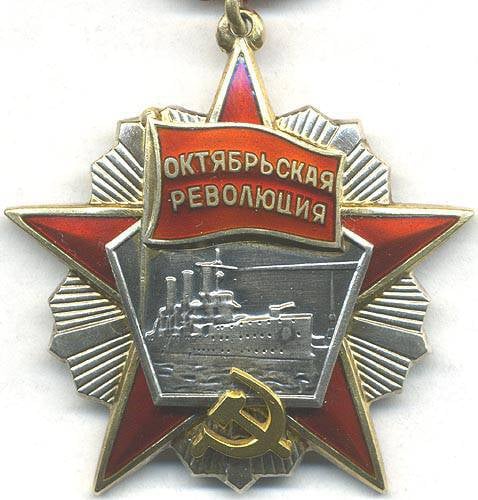 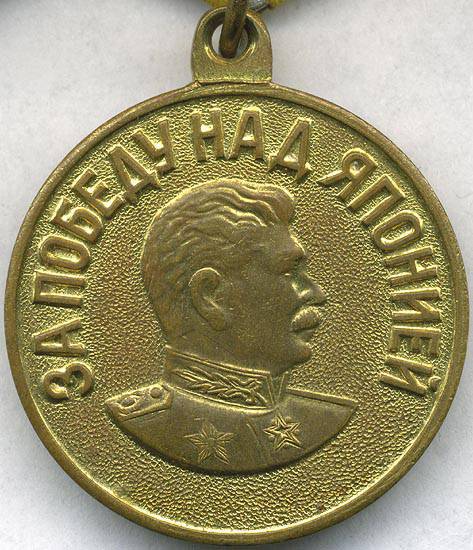 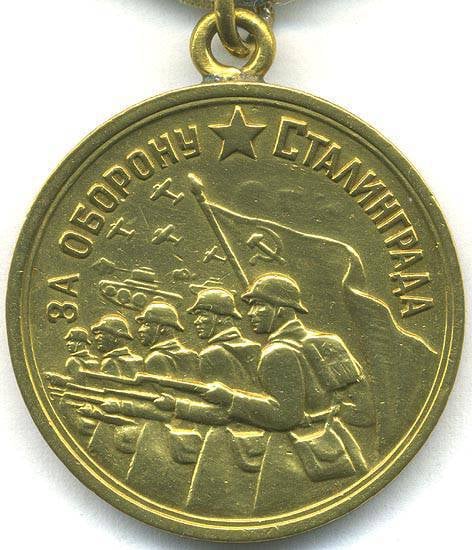 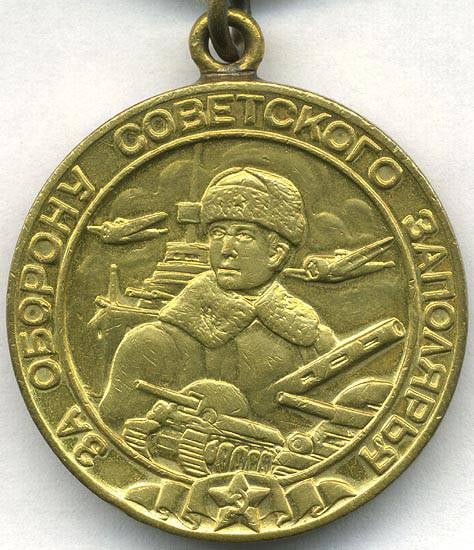 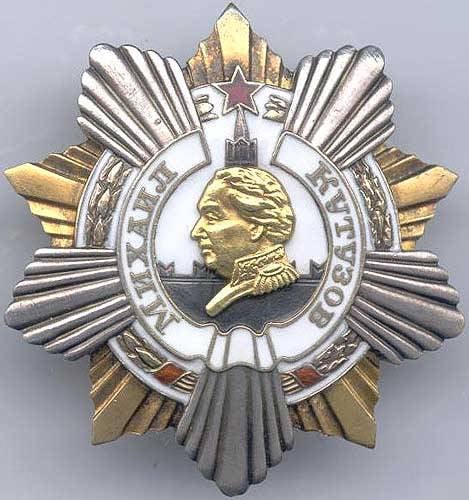 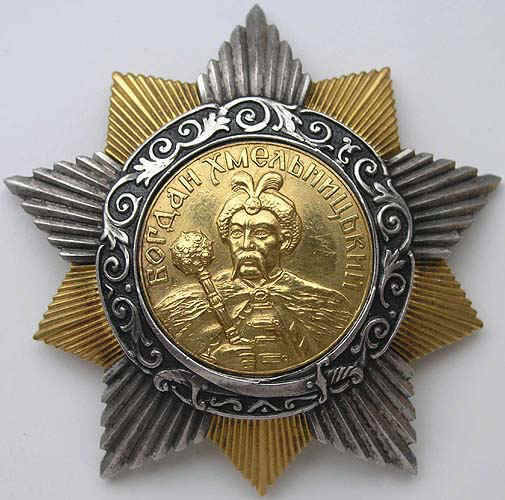 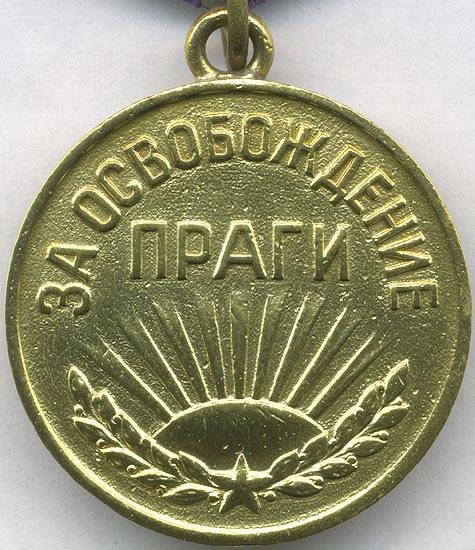 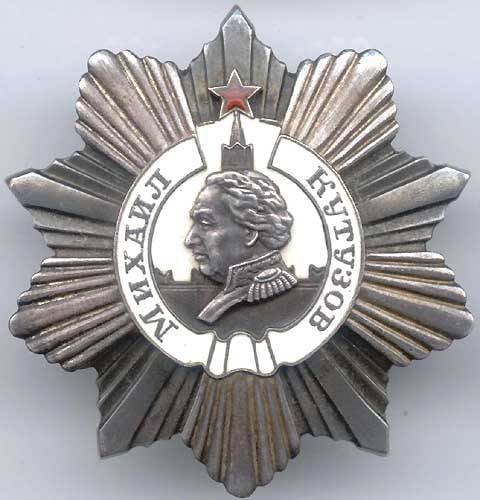 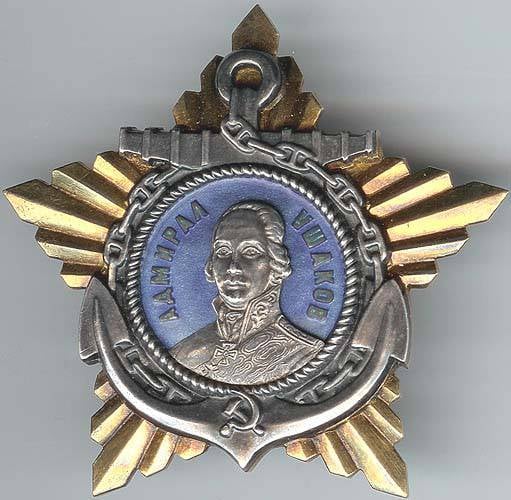 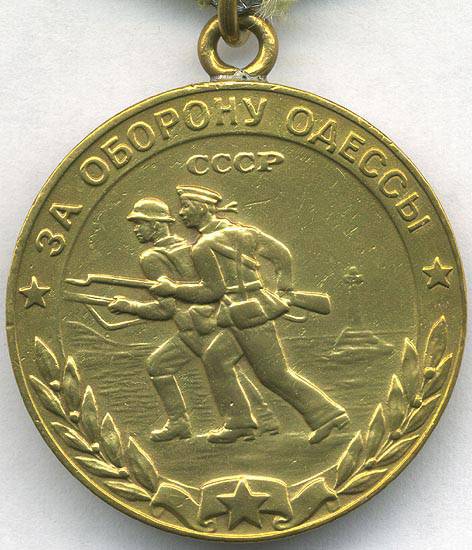 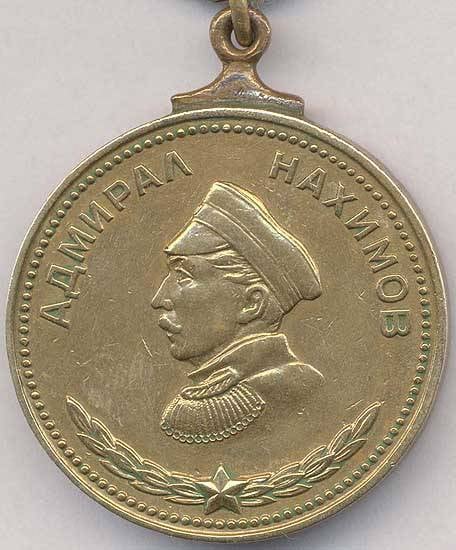 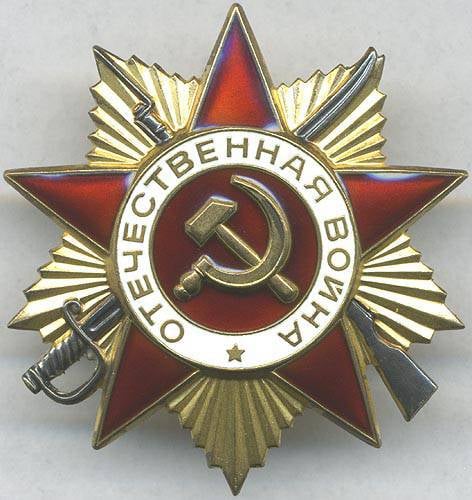 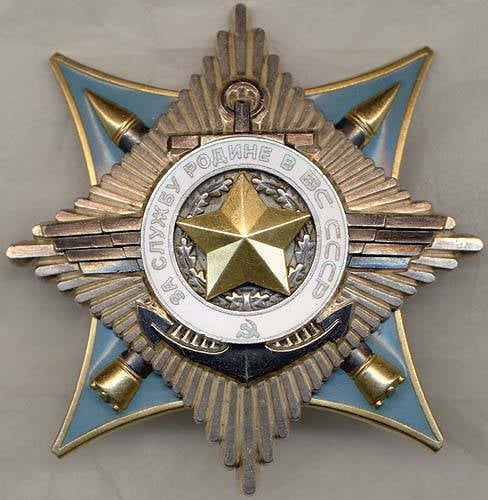 Ctrl Enter
Noticed oshЫbku Highlight text and press. Ctrl + Enter
We are
Joint Russian-Belarusian operational exercises "Union-2011 Shield" at the site of the 185-th center of combat training and combat use of the Air Force "Ashuluk" (photo)The unofficial motto of the Strategic Missile Forces - “After us - no one”
Add a comment
Information
Dear reader, to leave comments on the publication, you must to register.