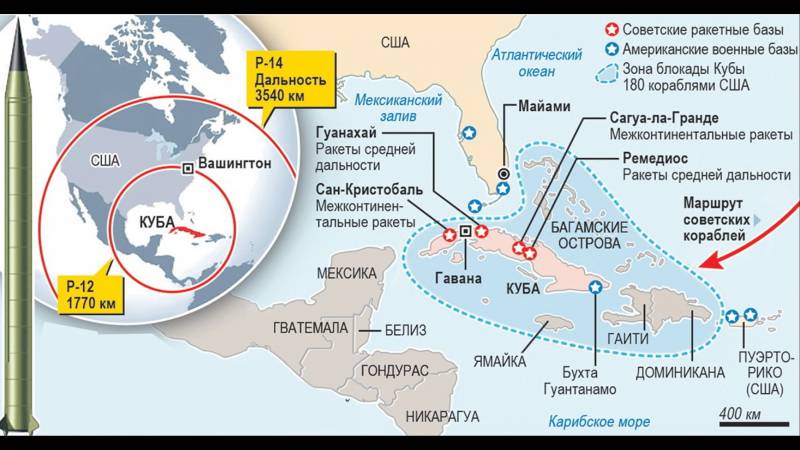 On the trail of London

The peaceful resolution of the Caribbean crisis by the end of October 1962 was not least due to the mediating role of Switzerland. It was she who managed to debug direct contacts between Cuba and the United States in the most difficult period. Can anyone play the same role today?

Years later, in Bern, it was noted that in the most difficult days, the special position of the United States' most important ally, Great Britain, unexpectedly helped (How London dumped Washington). At the time of the crisis, British territories geographically almost completely "surrounded" Cuba, and this alignment is partially preserved today.

Already in early March 1962, at a meeting with US President John F. Kennedy on Cuban issues, it was stated:

And there were reasons for that. In February 1961, Washington, Moscow, and Havana agreed that from March 1961, Switzerland would represent US interests in Cuba. Accordingly, a group of 9 Swiss diplomats arrived in Havana.

"Our" man in Havana

And in August-September 1962, the Swiss ambassador to Cuba, Walter Bossi, met almost daily with the head of the Cuban Foreign Ministry, Raul Roa, and with the Soviet ambassador, A. I. Shitov. By the last ten days of October, the parties gradually came to the conclusion that the threat of nuclear war could be eliminated under certain conditions.

The main ones are: firstly, the weakening of the US military-political pressure on the USSR, especially near the Soviet borders. And secondly, the commitment of the United States not to "annoy" Cuba from the American military base of Guantanamo Bay (in the southeast of Cuba). Which, in general, will lead not only to a de-escalation of the crisis, but also to the non-inclusion of Cuba in the Warsaw Pact (WA). The latter was actively proposed by the PRC, Albania, the GDR, and, according to the Swiss Foreign Ministry, "hawks" in the top leadership of the USSR.

In mid-October 1962, American U2 reconnaissance aircraft conducted reconnaissance flights over Cuba, taking photos of Soviet medium-range ballistic missile installations. And on October 22, according to the memoirs of the Swiss historian and diplomat Eduard Brunner, Secretary of State Dean Rusk summoned the Swiss ambassador to Washington, A. Lindt.

The Secretary of State told him that the US Air Force intended to conduct massive reconnaissance flights over Cuba on October 23-24, 1962. The Americans hoped to find out clearly whether the deployment of the same Soviet missiles on Cuban territory continues.

Dean Rusk asked the Swiss ambassadors to the United States, the USSR and Cuba to clarify to the Cuban and Soviet authorities that

“The sorties will not be carried out from the Guantanamo base, and that they are not aimed at a military conflict. And so that the Cuban air defense and air force do not open fire on these aircraft.
After meeting with Rusk, Lindt immediately informed Emil Stadelhofer, the new Swiss ambassador in Havana (since October 1962), who was able to maintain the trusting relationship of his predecessor V. Bossi with F. Castro, R. Roa and Soviet diplomats in Cuba, about its content.

Already an hour after the telephone conversation with Lindt, Stadelhofer conveyed the above information to Fidel. With a request to inform the Soviet side about the same conversation in Washington, which was done. 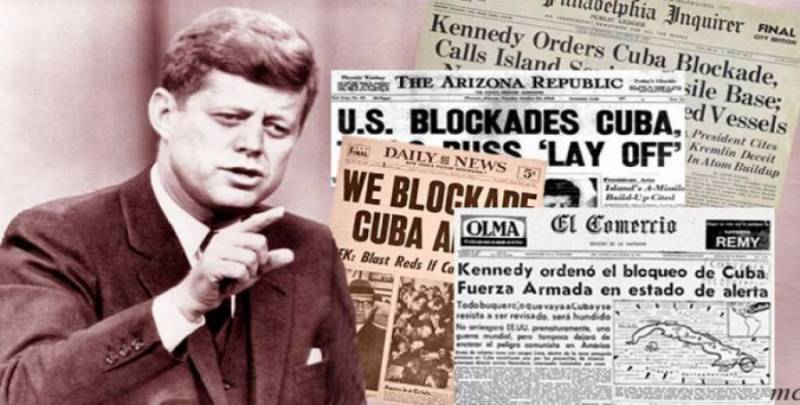 There will be no blockade

Soon, the Americans, through the same Swiss intermediaries, informed Havana and Moscow that in exchange for the indefinite extraterritoriality of the Guantanamo base, for Cuba's obligations not to enter the VD, not to interfere in the internal affairs of nearby Jamaica and the US allies - Haiti and the Dominican Republic, Washington would remove military blockade of Cuba. And it will not interfere with its economic ties with other countries, including neighboring ones.

The Cuban authorities agreed with this option of de-escalation, which Swiss diplomats informed the State Department and the Soviet Foreign Ministry. But Moscow expressed dissatisfaction with Havana's "separatism" in resolving the crisis. They sought to impose on the Cuban side a "package" solution: that is, a Cuban-American settlement based on the mentioned mutual obligations, plus the removal of American missiles from Turkey.

This position of Moscow was reinforced by the virtually unlimited Soviet-Iranian agreement of September 14.09.1962, XNUMX on "not granting foreign states the right to have missile bases of all types on the territory of Iran."

In turn, Havana proposed to include the issue of the evacuation of the US Guantanam base with other issues related to the settlement of the crisis. But in Moscow and Bern they were not inclined to support such an approach, because the United States did not plan to leave (and still does not leave) Guantanamo Bay. And therefore they would not agree with the Cuban position (“US Foreign Relations, 1961–1963”, volume X, Cuba, January 1961 – September 1962, Document 7).

As a result, the Turkish missile factor was included in the settlement of the crisis around Cuba without including the question of the Guantanamo base. It is characteristic in this connection that since February 1962, Switzerland also began to represent the interests of Argentina in Cuba, and the Argentine authorities supported precisely the "package" settlement of the crisis without conjugation with Guantanamo Bay.

This immediately affected the position of the Cuban leadership, which preferred to agree with the anti-crisis "missile" link between Cuba and Turkey ("Swiss mediation in Cuba has become history”, International Information Service of the Swiss National Television and Radio Company, 20.07.2015).

“Studying the activities of Switzerland during the Caribbean crisis, one can note the professionalism of Swiss diplomats, their ability to seek a compromise solution between the parties. Through its mediation, Switzerland honestly fulfilled its obligations to the United States, many of which were extremely difficult. But one should not think that the Swiss implicitly carried out every whim of the American side.