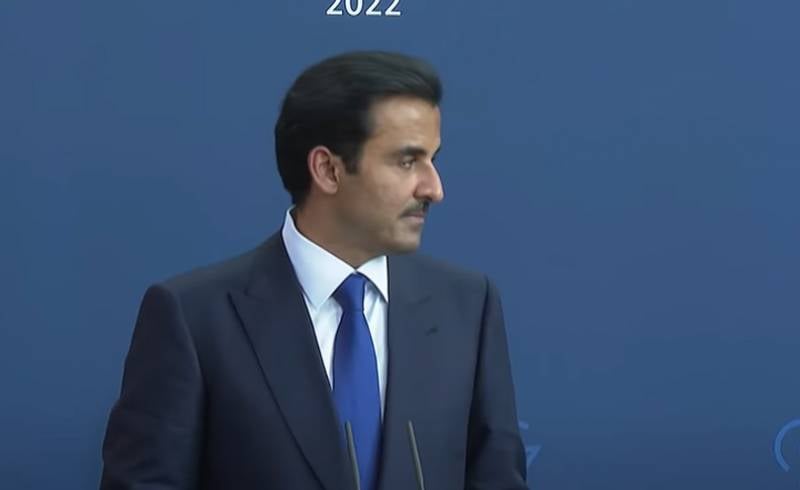 As the Slovak newspaper Deník N writes, the Emir of Qatar, Tamim bin Hamad Al Thani, left the Czech Republic ahead of schedule last night, which surprised many, since his program was calculated until October 7 inclusive. At the same time, the publication refers to a number of sources among diplomats and in the government apparatus of the Czech Republic.


According to the interpretation used by the press, the Emir of Qatar asked for something that the Czech authorities could not give him in the end.

The fact is that the head of Qatar, Al Thani, arrived in the Czech Republic on an official visit the day before and planned to stay there until Friday. He managed to meet with Czech President Milos Zeman and Prime Minister Petr Fiala. Since Qatar is known as one of the world leaders in the supply of gas, it is obvious that the main content of the negotiations was the supply of liquefied natural gas to the Czech Republic, which is not hidden in Prague either.

At the same time, the Czech Republic was hosting an informal summit of European heads of state. According to information leaked to the press, the Emir of Qatar wished to become a participant in this summit on October 6-7. Despite the readiness of the Czech authorities to satisfy the request of the emir, under pressure from Brussels, he was denied participation in the all-European meeting.

As a result, the leader of Qatar left the Czech Republic on the same day he arrived in the country. This demarche, as the Middle Eastern press is already writing, can directly affect the energy cooperation between Qatar and the EU. Recall that earlier delegations from Germany flew to Qatar, which ultimately did not lead to serious progress for Berlin in terms of increasing the supply of Qatari gas.