20 years without patriotism and morality 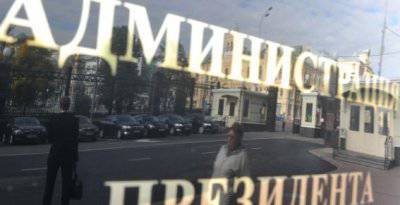 Last weekend, Vladimir Putin signed a decree on the creation of a department for public projects under the Presidential Administration. It is reported that the main goals set for this structure are to provide high-quality patriotic education and build a moral and cultural field in Russia. The head of the new department was Pavel Zenkovich, who had previously been the second person in the management of the president’s internal policy and was responsible for the information sphere and interaction with public organizations and institutions.

Aspirations of the authorities are clear. The total confusion in the minds that prevails in Russian society does not allow us to speak about the real upbringing of patriotism, as they say, from young nails. We have been living in a new country for more than 20 years, but since the collapse of the Soviet Union, the situation with civil patriotic and moral education in society has steadily worsened. It would seem that the notes of spirituality are a priori embedded in any representative of the large Russian world, but these notes are almost completely eliminated in an era of stagnation.

At the beginning of 90, the old ideology that was instilled in every citizen of a large country was suddenly declared anti-popular and counterproductive for many. The authorities of that time not only did not hinder, but often even condoned the imposition of a new ideological content that was introduced from outside. Generations of people who admired the first metro-builders, space explorers and the power of their native country went into oblivion. Overnight, a muddy oil spot appeared on the public surface in the form of those who decided that it was the western way of life, the basis of which was total freedom from any sound principles, this is a new springboard for the development of a formed state.

People plunged into a new world with their heads, and in most cases this immersion was artificial. When the usual soil is knocked out from under the feet, then the person is ready to seize on any substance passing by. What Russia seized upon without frills can be called the most genuine public excrement, which literally flooded the river in our direction.
Today, by inertia, we are accustomed to say that all these new “ideals” that the Russians began to worship immediately after the collapse of the Soviet Union were introduced exclusively by the West. However, the answer to this question can hardly be considered unambiguous. The fact is that if we consider the American experience of raising patriotism, then it cannot be called antisocial. Even today, we never cease to wonder what kind of sincere emotions among American citizens are caused, for example, by the reproduction of the hymn. In the eyes of those people who sing the national anthem of their country out loud (whether they are sportsmen, politicians or ordinary schoolchildren), they see that they do it quite sincerely, as they sincerely honor the memory of their ancestors.

But only here the destructive tendency, which reached Russia at the end of 80, really has nothing in common with the real social structure of Western life. Our country received the same ideological vacuum, which with its bottomlessness absorbed all spheres of life. Young people suddenly lost all moral guidelines, people of older generations found themselves in a very difficult situation, because now they had to explain to young people that their slogans were “wrong” and “anti-democratic”. At the same time, someone quickly, as it is now fashionable to say, entered into a trend and began to worship completely different values, while it was simply impossible for someone to give up the life orientations to which they devoted their whole lives. However, the latter turned out to be a kind of social outcasts, preaching retrograde and trying to recall the social norms that allowed them to be proud of their ancestors, to enjoy the victories and to experience the whole country of the sorrows of defeat. Such things quickly became unfashionable.

The very concept of “fostering patriotism” suddenly lost all meaning. Instead of the anthem, from which the goosebumps ran over our skin, we were suddenly presented with a hymn of a different level - a hymn that had no words. Our athletes, who won at international competitions, looked confused or rather helpless, because they did not know what to do when playing this hymn: someone scratching behind the ear, someone nervously fingered the edge of fitness, someone I looked away from the distance ... But sports victories can be called one of the segments of the education of the patriotic foundations of society. And if boys and girls understood that during the performance of the main musical work of the country, one can almost poke around or squat down on his nose, this would flow into total indifference both to the main symbols of the country and to this country as a whole, and to each other in particular.

Meanwhile, the country talked about the revival of religion. Orthodox churches, mosques, and synagogues were restored or rebuilt everywhere. The people in large numbers began to move into the category of the believers. It would seem that it is precisely religion that can become the very core that will form among Russians the concepts of morality and culture, around which a new stage of social development will begin. However, everything turned out quite differently.

No - the restoration of temples and the mass arrival of people to God at the end of 80's - the beginning of 90's - are things that, of course, can be called a social rebirth. But only with all the mass character of the process of unexpected transformation of a large percentage of Russians into "truly believing" people, there was no such rampant immorality and social and cultural chaos in our country even during times of complete ban on the activities of religious associations. It turns out that the religions of salvation again became hostages of a big political and economic game. The newly minted shepherds could afford to otmolit all the sins of a representative of the Moscow region organized criminal group for the fact that he decides to donate a substantial amount to the foundation of the parish under construction together with the “pastoral” refuge under construction. Moreover, it was often the case that the so-called “refuge of the holy father” was several hundred square meters larger than the parish under construction. How similar it is to the famous indulgences of the Middle Ages ... It turns out that in terms of the level of religious culture in the 90 year, our country was exactly at the medieval mark.

Complete disregard for the fundamentals of civil patriotic education led to the fact that even the bulwark of the country's reliability and security - the army - turned into a kind of disembodied scarecrow for young people. Conscription became not honorable, but convict. Such notions as “honor of uniform” or “word of officer” disappeared. The servicemen themselves turned out to be unnecessary neither for society nor for the state. Why? Yes, because in the country a stereotype was stubbornly implanted that the new Russia does not have, and there can be no enemies. Where did they come from, they say, if all the “progressive democracies” of the world are now “for us”, “for the Russian people”.

However, the very first acute armed conflict (the speech about the Chechen campaign) fully demonstrated not only that our enemies remained, but also that the army, which has no public support, is mostly fragmented parts of a demoralized whole. The fighters, many of whom were still in uniform with Soviet symbolism, while recovering into battle, did not understand what the true purpose of their mission was. If this goal is to preserve the unity and independence of the country, then why have they seen the enemy in their hands? weaponwhich was stored yesterday in Russian warehouses; if for the interests of democracy, then why were the intercepted talks of militants often in Arabic or English; if for the freedom of the local people, then why could the local people easily lead selected armed groups with green and black armbands on their heads to the disposition of the Russian army fighters ...

The concept of "patriot" was, by and large, a dirty word. A person who called himself that way could have been subjected to a real obstruction even within the walls of the Russian Parliament. Like, if a patriot, then this is either another, as the well-known lady in big glasses expresses, a “commie”, or someone who has mental health problems ... The most surprising thing is that this terminological trend spread to Russian land with amazing speed and became a new trend . By the way, today the word “patriot” often has an abusive tone. A person who speaks about the development of the country or its preventive successes, is immediately endowed with an amazing epithet of the "hurray-patriot", who, they say, is not aware of his mistakes. Here are just a few classic maxims about those for whom patriotism in Russia will always give only "hurray-patriotism."

- Schools have introduced the basics of religious ethics and Orthodox culture, you say? ... Ha-ha! Well, now they will definitely push the heads of Christians and Muslims and finally collapse Russia ...

- We opened a new theater? .. It would be better if the authorities of old people raised a pension and a half rubles to raise ...

In general, over the years, a whole class of people managed to form, who are capable of any, even the most obvious, positively wrapped in a box with a mourning ribbon. These are professional negativists who catch their fish in troubled waters.

Even today, after Vladimir Putin announced the creation of a body responsible for civil-patriotic education in the country, many began to say that the authorities are again trying to force the citizens to love themselves. They say that all this “clawed hands” of the president are doing on purpose to introduce a total ideology in the country, a step to the left - a step to the right of which is a firing article. And just yesterday, the same people literally in all corners shouted that the authorities long ago it was time to take care of the education of morality in Russian society. But as soon as the authorities heeded these wishes, the record was immediately changed. It turns out that people who obstruct and this long overdue initiative of the president are simply not ready for an adequate perception of the situation. Their main task is to simply raise discrepancies with the authorities in order to increase their own information rating: the authorities will say “yes”, they will answer “no”, the authorities will say “no” and they will repeat “yes and yes!”

Yes, of course, patriotism and moral culture in Russia cannot be fostered solely by the creation of a special department, but no one says that the management of public projects will instantly solve all our social problems. The tone of a big and difficult path is set, to the exit to which each of us must make his own effort, if, of course, this problem is not an empty sound for us.