October 24 2012
16
For the past couple of years, the main topic concerning the Russian armed forces has been the future rearmament. In 2011, the corresponding State Program (so-called HPV-2020) was deployed, during which 20 trillions of rubles will be allocated for new weapons and military equipment. This huge figure is actually the sum of all planned allocations over several years. It is quite obvious that the amount of funding for the purchase of new weapons may not be the same for each year in the period from 2011 to 2020. This was repeatedly mentioned, and the other day more accurate figures appeared. 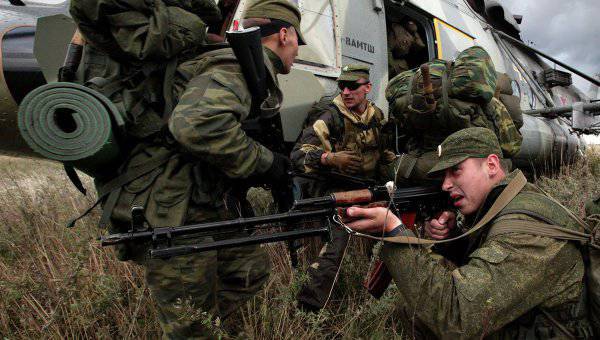 Currently, the State Duma is considering a draft federal budget for 2013-15 years, which takes into account, inter alia, previous plans to increase funding for the army. So, by the end of the planned period - in 2015 - defense expenditures overstepped the mark of three trillion rubles a year. Thus, according to the calculations of the authors of the draft budget, all military expenditures will increase in relation to the gross domestic product, from the current three percent to 3,7%. At first glance, the increase is not too large, but in practice this will entail a tangible improvement in the state of the material part and the social sphere.

Such details of the GPV-2020 course became known from the chairman of the Duma defense committee V. Komoyedov. Former Commander of the Black Sea fleet noted that the upcoming increase in army financing marks a transition from discussions and conversations to the full-scale implementation of the State rearmament program. Another words of the deputy are also worth attention. Komoyedov said that, by the nature of his service, he often has to visit defense enterprises, and during these visits he noticed a very pleasant trend: it often turns out that the customer of the products in the person of the Ministry of Defense not only does not delay payment, but even ahead of the funding schedule.

It is possible that in the future this trend will continue. Specific figures for financing the defense allow us to assume such a development of events. In the current 2012, 1,9 trillion rubles have been allocated from the federal budget for this purpose. In the next 2013, allocations will increase by 200 billion. At 2014, an increase in funding to 2,5 trillion is planned, and finally, in 2015, the country's military budget will exceed three trillion. The dynamics of the "specific growth" of the amount of money allocated for defense is as follows. This year, the military received funding in the amount of 3% of the country's GDP, next year they will receive 3,2%, in 2014-m - 3,4%, and by the end of the period planned by the new budget, defense spending will reach the already mentioned level in 3,7%.

If the upward trend in investment in defense continues, then it is quite possible that by the end of the period allocated for the LG-2020, the military budget will rise to the 5,5-6 percent of the gross domestic product. In this case, its share will be approximately equal to that of the Soviet military budget in the late seventies and early eighties. Perhaps this fact will cause an ambiguous reaction in the form of regular conversations about the resumption of the Cold War. Fuel to the fire can add a comparison of the share of military funding in the GDP of Russia and the United States. For example, in recent years, US defense spending has been at around 3,5-3,7 percent of a country's GDP. Thus, by the share of defense funding, we will soon be able to catch up with the Americans. However, only in terms of share - in absolute terms, the US state budget, as well as the military, is several times larger than the Russian one.

Nevertheless, an increase in the absolute and relative values ​​of defense financing, regardless of comparison with the economic data of other countries, clearly shows Russia's plans to increase the power of its armed forces. Due to the economic situation of the previous years, especially the last decade of the last century, the Russian army was not in the best position. According to various estimates, to maintain the armed forces in good condition, our country needs to spend on them at least three percent of GDP per year. To improve the situation, in turn, you need to increase this figure. Thus, already this year our military budget has reached the required level and will continue to grow in the future. It is worth noting that a significant excess of the optimal funding value in 3% is a kind of compensation for previous years. Since the last twenty-plus years have been very difficult for the army in monetary terms, in the near future all the losses that have accumulated earlier will have to be compensated. At the same time, it is necessary to develop and produce new weapons and equipment.

Among other areas, V. Komoyedov noted the development of nuclear weapons. Funding for this research and development will gradually increase, with the total investment planned for the coming three years, almost four times more than was allocated for the 2012 year. In 2015, total military spending on nuclear technology will reach 38 billion rubles. It is noticeable that the cost of nuclear weapons will grow disproportionately to the entire financing of the army. In the light of recent reports about the resumption of non-nuclear-explosive tests on Novaya Zemlya, this suggests the idea of ​​a future cardinal renewal of Russia's nuclear forces. In addition, recently appeared next news about the project of a promising intercontinental ballistic missile of a heavy class. It is possible that the current plans for the development of nuclear weapons have a point about the development of completely new warheads for missiles in the near future.

And yet, the positive news "flavored" unpleasant. So, in connection with the latest proposals to reduce funding for the army, including those passed to the draft budget, next year it will be possible to increase the number of contract servicemen not by 50 thousand, as planned earlier, but only by 30. In the future, it is still planned to reach the planned level of increase in contract vacancies, but there is reason to doubt the success of this undertaking. Other negative news is related in some way to the image of the armed forces created by the media belonging to the defense department. It became known that the military budget for the next year did not provide for the financing of the television channel Zvezda, as well as other mass media under the jurisdiction of the Ministry of Defense. This step is a further development of measures taken to reduce costs by saving on non-core assets. In the media field, such savings do not look particularly large (for 2012 a year and a half billion rubles were provided for this purpose), but in practice even these amounts may be useful in other defense fields.

Summing up, we can say the following: the financing of the army in the course of the State program of rearmament is gaining momentum. At the same time, in order to “optimize” expenses, it is necessary to revise budgets of various levels. So, to improve the financial condition of the armed forces in the coming years, the size of the country's military budget, expressed as a share of GDP, will increase by about a quarter, and the absolute amount of allocations - by almost a third. At the same time, the priorities in the development of various areas are forcing military economists to now plan to divert cash flows and make plans to reduce certain expenses. In principle, this is not surprising. From the very beginning it was clear that the HPV-2020 would not be easy, and last year’s controversy around it, including with the participation of top-level officials, only proved it once again. Hopefully, the economic situation in the country will allow not only to fulfill all current plans, but also to abandon decisions regarding savings in one direction or another.

Ctrl Enter
Noticed oshЫbku Highlight text and press. Ctrl + Enter
We are
Results of rearmament-2012Five consequences of rearmament
16 comments
Information
Dear reader, to leave comments on the publication, you must to register.