October 23 2012
7
6.07.2012 of the year. A contract was signed for the creation of a full-scale head LCAC under the SSC program between the Navy and Textron Corporation. The corporation is working on the development and creation of the DKVP together with Alcoa Defense and L-3 Communications. The main purpose - a shift in service similar LCAC (DCVP). The contract amount is almost 213 million dollars. The main user is the United States MP corps. 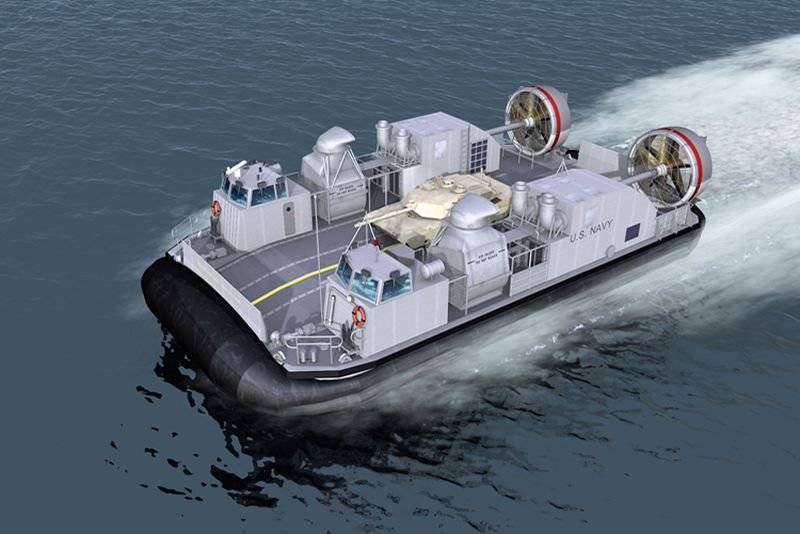 Start of development of LCAC SSC - 2008 year. The TTZ on the new Ship-to-Shore-Connector program was distributed to participants in 2011. In addition to Textron, Marinette Marine, VT Halter and Boeing took part in an open competition. The alliance of companies led by Textron immediately had the best chance of obtaining a contract, but the competitors insisted on their rights, and the choice of the project developer for the new boat was delayed for a while.

LCAC SSC
The new boat is a complete analogue of the LCAC, but according to the TTZ it will have a large payload (74 tons against 60) at speeds in 35 nodes. The entire SSC program is aimed at preserving the United States of experience and possibilities of using SVP. Boats can be alerted even inside the transported recreation center with instant access to water at high speeds for delivery to the coast of paratroopers or cargo. After unloading, LCACs quickly return to receive another shipment or airborne unit for subsequent quick delivery to the shore.

LCAC, having advantages over conventional flat-bottomed boats, has one drawback - a decent cost. They remain quite expensive to maintain and operate. The second problem of landing craft on the airplanes is the payload. When disembarking a marines ashore, heavy oversized cargo, such as the M1 Abrams, is required to be brought to the coast, so new LCAC SSCs may be upgraded in the future to solve more complex problems. 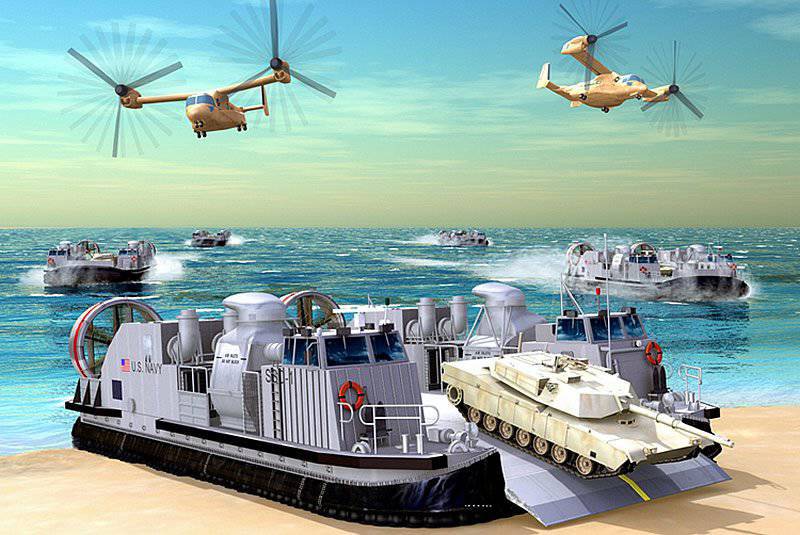 The United States Navy, before developing the SSC program, conducted a study on the use of various options for delivering troops and cargo to the coast. Amphibious catamarans with lower cost, modern types of SVP were considered. The result of the research is a return to the development and updating of LCAC.

The initial plans of the SSC program are the acquisition of 80 units of SVPs, of which 8 units will be used for various tests and 72 units will be put into operation before 2029 in the United States Navy. The beginning of the release of the program for mass production - 2015 year. By 2020, the program should achieve “Initial Operational Capability” and launch the main production of the LCAC SSC.

The SSC program will include the development of modern technologies throughout the production of amphibious boats to increase productivity and reduce maintenance. The length and width of the boat will remain unchanged, and the depth of the draft will increase slightly. During the development of the SSC program, the customer (the US Navy) set the basic criteria for future boats, and the contractor (an alliance led by Textron), using the LCAC experience, began to make changes to reduce the cost of a single boat and reduce production costs. In total, more than 25 highlights were identified, changes of which would lead to the desired result. The new boat will get the 4 more powerful engine power hp 5300. against xnumx. The boat will receive an improved frame and coating. The rear screw will have 3955 blades instead of 6. The main shaft will consist of 4 segments instead of 4. In addition to high performance, they will improve the climate control system, rework the installation of equipment and antennas, and the fire protection systems will be made to meet modern requirements. 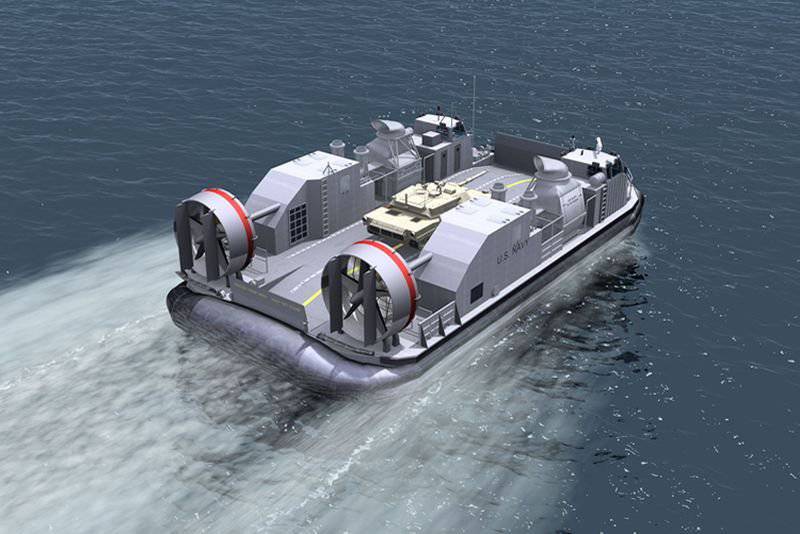 These solutions provide an opportunity to increase the combat range of the new boat 25 miles instead of 15. The combat radius of the LCAC SSC was not chosen by chance - the cost of the amphibious landing dock transport (LPD) increased to 1.7 billion dollars.

L-3 Communications will be responsible for the development of navigation systems and controls; Alcoa will be responsible for developing the hull and structures made of aluminum alloys. Major work will take place in Louisiana and New Jersey. The final assembly will take place at Textron facilities in Louisiana. The alliance plans to complete the design of the boat in 2017 year. All major new LCAC SSC systems are new or updated, many will be used for the first time. 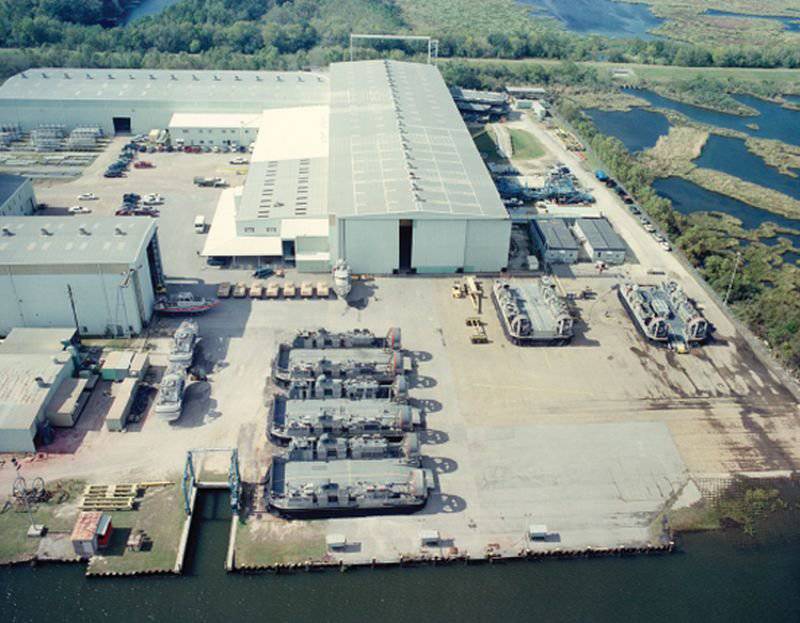