Is Russia the main enemy of the Arabs? ("The Telegraph UK", UK) 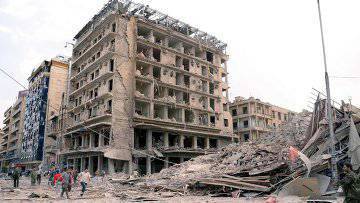 You may remember that in 2008, he was denied a UK visa. The Interior Ministry then declared that it would not allow people to justify terrorism into the country. Four years earlier, during his visit to London, Al-Qaradawi, in an interview with the BBC, called suicide bombings in Israel "martyrdom in the name of God."

Although al-Qaradawi, by Western standards, undoubtedly adheres to extreme views, he remains a complex figure. On the one hand, he called the Holocaust “the divine punishment that put them [Jews] in place,” supporting terrorist attacks against the civilian population in Israel, has long hated Shiites (while sympathizing with Hezbollah as Israel’s sworn enemies) from religion, in principle, deserve the death penalty. On the other hand, he condemns those who go beyond him, opposes the ideas of theocracy and democracy in the Middle East, and also called on Muslims to donate blood after the September 11 attacks, for “extremism”.

These lists can be continued. Al-Qaradawi recognizes “beating women” as the “last method,” but claims that you need to hit “not much” and not on the face or other sensitive places. He supports the practice of female circumcision, but rather strangely - only in cases where it does not cause permanent harm. He believes that homosexuals and adulterers should be put to death, but he is convinced that a woman cannot be blamed for the raped woman. He condemned the violence that followed the publication of Danish cartoons of Mohammed in 2005, however, he approved the fatwa against Salman Rushdie. Al-Qaradawi’s views may be extreme, but they are more complex than many other clerics.

Sheikh received numerous awards for his work in the field of Islamic theology. He is considered one of the most influential allies of the Egyptian Muslim Brotherhood. It is especially important that he performs regularly on the Al Jazeera channel, and tens of millions of people watch it. This greatly enhances its influence.

This week, he gave a televised speech on Qatar TV, in which he listed the main enemies of the Arabs. He did not mention Israel and the United States, but declared that “Russia, speaking out against the Syrian people, became the number one enemy for Islam and Muslims. More 30 thousands of Syrians were killed weaponsRussia has supplied. " He added that the Assad regime is also supported by Iran and China, which formed the axis of hostility towards the Arabs, and called on the UN Security Council to establish a no-fly zone over Syria, the same as the one that was established over Libya.

As a matter of fact, in the sympathies and antipathies that he expressed, there is nothing new. But it is worth noting in what harsh terms he speaks of Russia, China and Iran. Last week I wrote about an article from a former commodore fleet Saudi Arabia Abdulatif al-Mulhim (Abdulateef al-Mulhim), in which he made an unusual statement: "The Arab world has many enemies, and Israel should be at the very bottom of the list." In addition to such “enemies” as corruption, poor education and poor health care, he also mentioned dictators who, in his opinion, do more suffering and harm than Israel and the West, including Assad. Al-Qardawi is not as frank as al-Mulhim, however, emphasizing the threat from Russia, China and Iran, he supports the idea of ​​a conflict between the Arabs and the nascent "Persian empire" and takes into the background the struggle of Muslims with Israel. He also implicitly, but increasingly emphatically claims, that the interests of the Arab world coincide with the interests of the West and even partially with the interests of Israel.

The Arab Spring, more than ever, has highlighted the deep divisions, injustices and ideological contradictions that exist in the Arab world. While the center of gravity of the movement is taking root in Syria, the region’s geopolitical dynamics continue to change. Coalition forces will soon withdraw from Afghanistan, and Israel will have parliamentary elections. Netanyahu will almost certainly win, but new coalitions between Likud and some center-left parties cannot be ruled out. As a result, government policies may become more moderate. Perhaps in the coming 10 years we will be surprised to find the emerging prospects for peace between the Israelis and the Palestinians, as well as new alliances emerging around the world. Perhaps, as a result, peace among Islamic countries will become difficult to achieve.