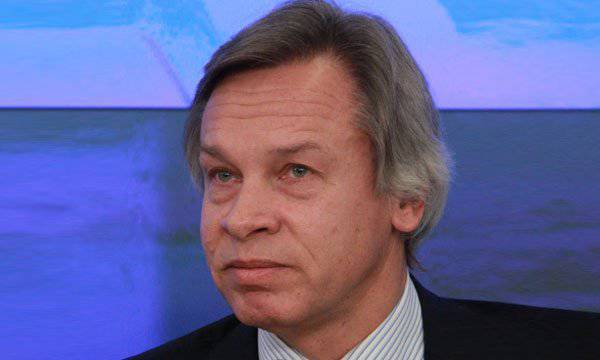 Russia intends to regularly raise questions about human rights violations in the United States, said the head of the international committee of the State Duma, Alexei Pushkov, opening parliamentary hearings on this topic on Monday, October 22.

This is not an exercise in anti-American propaganda, but we want to emphasize that usurpation of this topic is unacceptable.
He noted that recently the international community has spread the opinion that it is the United States that has the right to criticize other countries on this issue, since they themselves have no such problems. “This is not the case,” the Russian parliamentarian said.

Here I would like to understand who the judges are, how much they have the right to judge some things, and how much they themselves meet the criteria that they put forward? Someone, of course, may ask if Russia has the right to raise these questions, because Russia is not a perfect country, and we know this very well from the point of view of observing human rights. In my opinion, if we raise these questions not only in relation to ourselves, but also in the world, this will allow us to gradually move towards establishing a certain political culture of protecting human rights. "
According to Interfax, the politician admitted that there are also human rights problems in Russia, but, unlike in the United States, “we do not have secret prisons, including abroad, and no kidnappings.”

According to Pushkov, the purpose of the parliamentary hearings is to “correctly define the criterion for the observance of human rights”.

According to Dolgov, the initiative to hold such a hearing was very timely. The idea of ​​parliamentarians was to draw attention to the serious, including systemic, problems of the United States. These were the first hearings devoted specifically to the problems of the United States, but this year a similar meeting has already been held on the observance of human rights in the European Union. According to Dolgov, the hearing cannot be called a response to the adoption in the US of the law on the Magnitsky list.

According to Dolgov, there are a lot of problems in the field of human rights observance in the USA. One of them is racial discrimination. Its manifestations are not only not disappeared, but are growing. In addition, there is xenophobia in America - there is a clear discrimination against members of certain ethnic groups. Serious problems are connected with the penitentiary system: prisons are overcrowded, and the conditions of their detention are not always humane. There are difficulties associated with the electoral system. In addition, when dispersing peaceful protests, US police often use disproportionate force.

What do you want, gentlemen "democrats", for too long you have taught us "democracy". All tired, it was our turn.