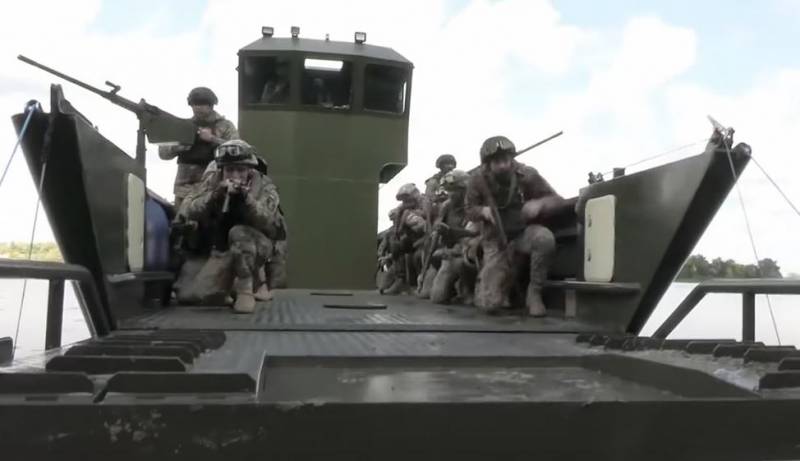 Zelensky's militants may attempt to break through by forcing the Dnieper in the area of ​​Kamenka-Dneprovskaya, Energodar and its suburbs, the village of Ivanovka. They also keep plans to seize the Zaporizhzhya nuclear power plant.
- leads RIA News Rogov's words

The Armed Forces of Ukraine have already made several attempts to land troops in the Energodar area, but they were all repulsed by our troops. At present, the command of the Ukrainian group is preparing another landing operation, conducting training upstream along the Dnieper in the area of ​​the Dnieper reservoir. According to Russian intelligence, the Armed Forces of Ukraine are working out crossing the river with the capture of a bridgehead and the subsequent development of an offensive deep into the territory with the capture of the necessary objects. American landing boats delivered to Kyiv are widely used in training.