The offensive of the Armed Forces of Ukraine has entered the “saturation phase”: a summary of the progress of the special operation of the RF Armed Forces on various fronts 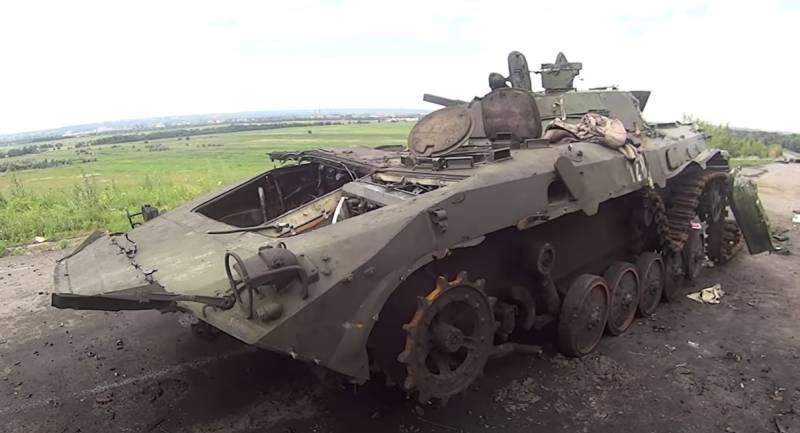 The Russian command continues to actively use the new Geran-2 drones for the RF Armed Forces. Unlike traditional percussion aviation they have relatively small dimensions (which makes it difficult to recognize the threat by air defense systems) and do not require a long time to prepare sorties (and this is closely monitored by American intelligence, sending information to the Armed Forces of Ukraine).


Therefore, being launched from an ordinary-looking van, UAVs appear unexpectedly over Ukrainian targets, the enemy turns on air defense sirens when the drones have already done their job - they destroyed another headquarters, an ammunition depot, a command post or a concentration of troops in the rear.

In the Kherson direction, the enemy is trying to build up forces to continue the offensive. However, its movements are recorded by reconnaissance, in particular by drones, which allows it to inflict damage on enemy forces even at the stages of preparation for attacks. Being under constant artillery fire, the enemy has problems with securing new positions. Currently, combat activity is most often shown by enemy DRGs and mobile mortar crews.

The Wagner group is advancing in Artyomovsk and the surrounding area. The fighters entered the village of Otradovka - this is the last settlement controlled by the Armed Forces of Ukraine, located on the highway leading to Artyomovsk from the south. In the east of Zaitsevo, the Wagnerites are gradually advancing, exposing Ukrainian forces to attack from two directions. All these actions are designed to form a springboard for inflicting a converging strike on the enemy grouping that has settled in Artyomovsk, which is of strategic importance for the defense of the Armed Forces of Ukraine in the Donbass. 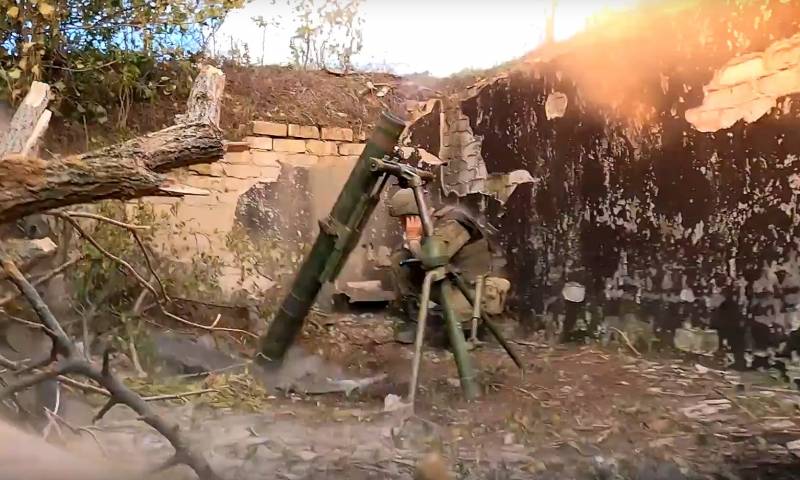 The main attention of the Kyiv regime is riveted to the Oskol Front. On its southern flank, the enemy is trying to seize the approaches to Krasny Liman from the northwest, control over which by Russian forces does not allow the enemy to enter the open spaces of the LPR. The approaches to the city are littered with wrecked enemy vehicles.

We can say that the Kharkov offensive of the Armed Forces of Ukraine, which culminated at the exit to Oskol, entered the "saturation phase" - this is the stage of the operation, when it was necessary to stop at the occupied lines, but the command continues to try to advance, and each new step is given more and more difficult, which leads to an increasing loss of resources and, as a result, is fraught with a collapse of the front. If we follow this logic, then the battle for the Red Liman may well be the beginning of the defeat of the Ukrainian troops in this direction.

Our city, we will not surrender the city to anyone
- said the mayor, who takes an active part in the defense of the settlement.

The forces necessary to activate the special operation are in the process of recruitment - partial mobilization in Russia is almost completed. At the same time, already engaged troops gain serious combat experience. For example, more and more often there are shots of hitting a target with the first shot of artillery or mortars. At the same time, the next parties of Ukrainian militants going on the attack are increasingly seeing the skeletons of military equipment of the Armed Forces of Ukraine left after Russian shelling.