Under anti-aircraft fire, the Mi-28NM helicopter hit the target with a "product 305" at the crossing of the Armed Forces of Ukraine 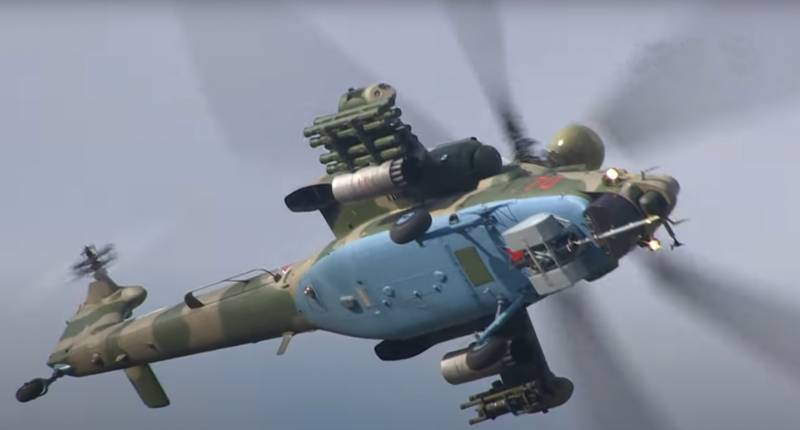 The main part of the new front of Russian troops after the withdrawal of forces from the Kharkov direction extends along the Oskol River. In the northern sector of the enemy, the grouping in Kupyansk is holding back, in the southern sector - in Krasny Liman. It is for these two cities that the most fierce battles are fought on the Oskol Front.


To transfer reinforcements here, the enemy needs to overcome water barriers. This is achieved by equipping crossings. Therefore, one of the first tasks of the Armed Forces of the Russian Federation is to strike at river engineering structures and forces moving along them.

Its implementation, in particular, is carried out by the Russian army aviation. So, frames have been posted on the network, which capture the detection by the crew of an attack helicopter of enemy equipment, forcing a water obstacle along an induced crossing. The Mi-28NM fired a missile with the designation "product 305", hitting the enemy's infantry fighting vehicle. The enemy vehicle stood in the middle of the crossing, blocking the passage of other enemy vehicles. Next, a second rocket was fired, which was aimed at the crossing in front of the padded infantry fighting vehicle.

Apparently, the crew decided to neutralize the crossing by creating a traffic jam on it, since the warhead of the 305 products, with which the helicopter went on patrol, has a mass of 25 kg, insufficient to destroy the engineering structure. The enemy will need time to eliminate the "jam", and in the meantime, the received coordinates will be hit by means of means whose power is sufficient to destroy the crossing.

Throughout the course of firing at the crossing, the Mi-28NM was attacked by anti-aircraft systems, which was constantly reported by the Vitebsk airborne defense complex. However, the crew successfully coped with the destruction of the object, directing missiles at the target and at the same time maneuvering under enemy anti-aircraft fire.