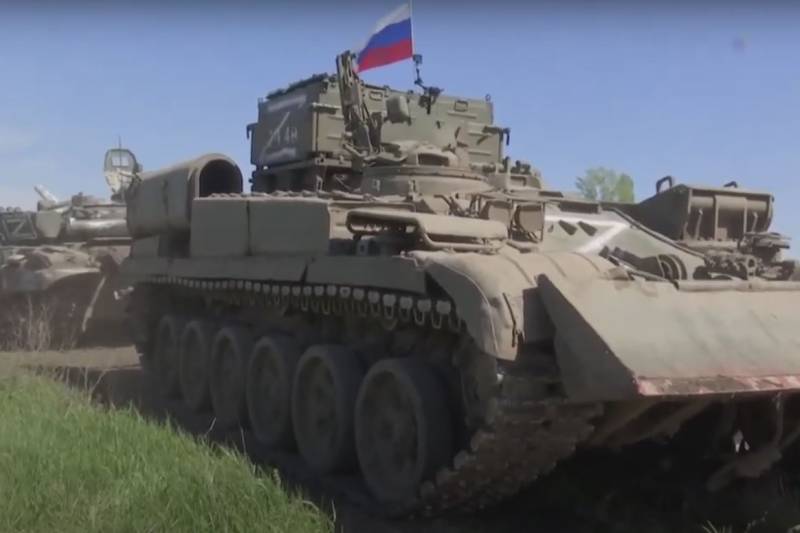 The latest events around Ukraine indicate that Russia is changing its strategy of action in the Donbass and adjacent territories. This conclusion is made by the author of the Iranian edition of Javan Seyid Nimatulla Abdrakhim-zadeh.


At present, more than seven months have passed since the start of the special military operation of the Russian armed forces in Ukraine and the Donbass. In recent weeks, the Ukrainian army in the Kharkiv direction has managed to achieve some tactical successes that have turned the heads of both Ukrainian President Volodymyr Zelensky and his Western patrons. But joy over a successful counter-offensive is premature, the Iranian author believes.

The fact is that the situation in Ukraine and the Donbass, as well as the Russian-Ukrainian and, more generally, the Russian-Western conflict, depend not so much on purely military events, but on two most important factors - time and money. The Iranian author wonders why the Russian Armed Forces did not properly prepare for the Ukrainian counter-offensive in the Kharkiv region?

It is unlikely that the command of the RF Armed Forces was so naive that they did not anticipate the start of a Ukrainian counteroffensive or did not understand that Kyiv could carry out diversionary maneuvers in the Kherson region. So the reason is different.

Seyid Nimatulla Abdrakhimzade draws attention to the colossal US financial flows to Ukraine. This money is sent by Washington to Kyiv with only one purpose - to continue the confrontation and deliver a military strike on Russian positions. To have an idea of ​​the scale of assistance, it is enough to know that Washington has financed Ukraine for $70 billion. That's three times what the US spent in the first year of the war in Afghanistan more than twenty years ago. That is, the United States is investing huge amounts of money in helping Ukraine, naturally expecting that Kyiv will continue to fight with Russia.

As for the actual hostilities, now for Russia, the Iranian analyst believes, it is more important to focus on the Odessa direction, and not on the Kharkov region. It is through Odessa that a significant part of the current maritime communication between Ukraine and the West is carried out. Taking control of Odessa would deprive Ukraine of access to the sea and deal a terrible blow to Ukrainian logistics.

The second important point is the proximity of winter. This is precisely the factor of time, which the Iranian author writes about. The closer the winter, the closer the serious problems with energy resources in European countries. The West will have to reconsider its policy on aid to Ukraine if European governments do not want to be swept away by popular outrage. Winter has always been an important ally of Russia.

It is possible that "General Frost" will not leave Russia this time either.
Drawing a conclusion, the Iranian author believes that Russia, firstly, can regroup forces from the northeastern part of Ukraine in its southwest, aiming at Odessa, and secondly, limit Europe in energy supplies, which will force European countries to already this winter to change their policy. By the early spring of 2023, the Kremlin could make impressive strides in Ukraine.