Essential weapons: why the Russian military-industrial complex is being mobilized 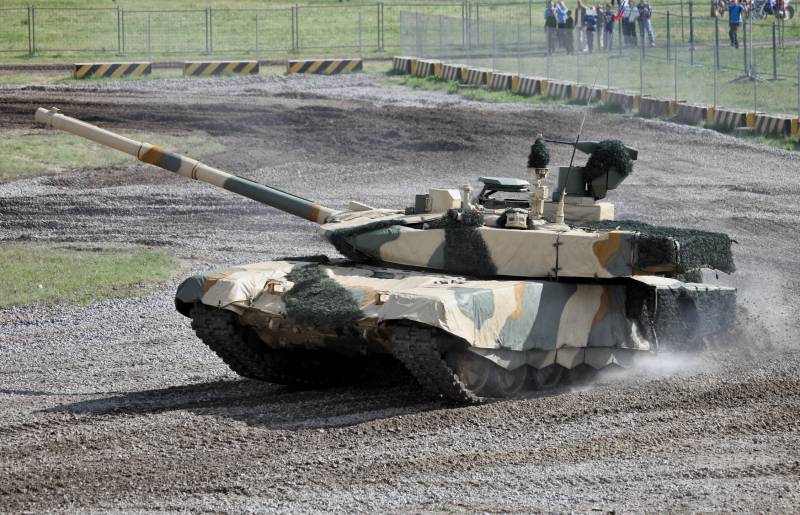 Everything falls into place

The partial mobilization announced by President Putin on September 21 somewhat overshadowed one equally important event - a meeting with representatives of the military-industrial complex. The defense complex, which has been in relative shadow since the beginning of the special operation, has now naturally found itself in the first roles. At the same time, it is wrong to say that the transfer of industry and the economy to a military footing has only just begun.

In accordance with the special measures in the economy, which were approved at the end of July, the authorities can use additional human resources to ensure the defense order. Amendments to the Labor Code regulate overtime work, on weekends, holidays and at night. Naturally, this applies only to "individual organizations" that are directly related to the execution of the defense order. During this difficult time, employees can also adjust their vacation schedule.

Companies providing specialized services do not have the right to refuse to conclude defense contracts. Therefore, the meeting with the leadership of key military-industrial companies was only a reminder of the high responsibility for fulfilling the state order. Vladimir Putin put it quite unambiguously:

"The heads of enterprises of the military-industrial complex are directly responsible for solving the tasks of increasing the production of weapons and military equipment, and deploying additional production capacities."

To ensure uninterrupted supplies of weapons to the front, defense complex workers are exempted from partial mobilization.

The specifics of the work of defense plants directly follows from the peculiarities of the Russian special operation in Ukraine. This is predominantly a land conflict, the outcome of which is decided on the ground. Simply put, the main load is felt by the infantry, tankers and artillerymen. From now on, the work of enterprises is tuned to meet the needs of these military branches. Mostly, of course - no one is going to forget about the needs of the other branches of the military.

First of all, it is necessary to saturate the troops with classic equipment and ammunition - the positional confrontation of recent months implies accelerated wear of guns and a huge consumption of shells. Of course, there will be problems. First of all, of a production and logistical nature - the Russian army has too large a range of artillery systems and calibers. The current situation will lead to a significant renewal of the fleet of self-propelled and towed guns. In particular, much more modern Msta-S will replace the lost and worn-out Acacias.

It would be great if the 152-mm caliber replaces the 122-mm Gvozdika howitzers in a number of areas. The transition of defense plants to a new mode of operation will not only increase the amount of equipment at the front - there will be a qualitative leap. I really hope that we will no longer see the BMP-1 and BTR-80 of the LDNR army on the footage of the chronicle of the special operation. In the end, the armed forces of the republics will soon join the Russian army, which means that they will supply and arm the fighters in a new way. 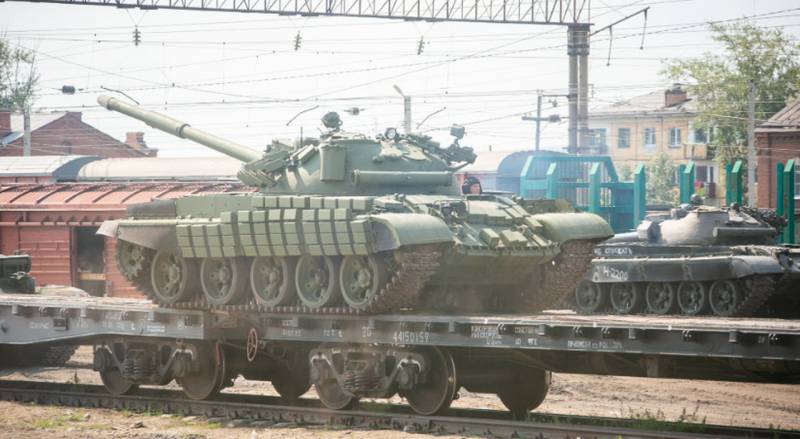 The new defense order should return the T-62M back to the reserve. Source: ilmessaggero.it
A special burden falls on Uralvagonzavod and Omsktransmash, which should return the T-62M transferred to Ukraine to storage warehouses in the very near future. Even though it's still quite relevant Tanks, they are not suitable for work at the forefront, especially given the enemy's modern anti-tank equipment. In fairness, the T-62M in Ukraine is not used in tank-hazardous areas - even Western statistics recognize no more than 3-5 lost vehicles.

Updating the fleet of these vehicles with the T-72 and T-80 series from Nizhny Tagil and Omsk will, firstly, increase the striking power of the units, and secondly, exclude 115-mm tank ammunition from the production range (if they are manufactured anywhere at all ), thirdly, to release the fourth crew member, the loader, for other needs. These are the minimum tasks. The maximum task is to increase the production of the most modern modifications of the T-72B3, T-80BVM and T-90M tanks, or rather one of them. The idea will seem seditious, but only the choice of a single tank will quickly increase the production of armored vehicles.

There is no need to look far for examples - during the years of World War II, the Red Army did not have such a motley armored team. And if both tank factories manage to come to an agreement among themselves, with subcontractors, and set up a daily production of a dozen or more T-90Ms, events in Ukraine will noticeably change. And, of course, there should be no talk of any "Armata" and "Boomerangs" - the special operation should not become a testing ground for raw equipment. Only proven and reliable solutions, but at the same time quite modern.

Another seditious thought will be the proposal to curtail the production of the entire line of equipment for the Airborne Forces. The Volgograd plant, which assembles the BMD-4M, each of which costs more than 100 million rubles, should be redesigned to produce the much cheaper BMP-3. The latter, in terms of the combination of combat qualities, noticeably surpasses the standard equipment of the Airborne Forces. Whether it will be possible at the end of 2022 to launch the process of turning the Airborne Forces into an elite heavily armed infantry is still an open question.

The call for 300 thousand reservists poses a number of difficult tasks for the military-industrial complex. Let us clarify that it is necessary to equip and arm at least fifteen full-blooded divisions. Regardless of whether they will work on the front lines or perform security functions in the liberated territories, the mobilized must receive new weapons. Cold is ahead, which means that the fighters must be provided with high-quality winter uniforms, waterproof and warm sleeping bags. From late autumn, the realities of the special operation will noticeably change.

Firstly, the foliage will fall, which will significantly complicate camouflage, and secondly, the daylight hours will be reduced - all this will transfer a considerable part of the hostilities into the dark. Night optics and thermal imagers are one of the most important components of the equipment of the Russian fighter, which must be given the most important attention. The Ukrainians will not abandon their tactics of infiltrating in small groups through the battle formations of the Allied forces.

In October-November, Bandera DRGs are expected to switch to night mode. Russian thermal imagers and "night lights" should give a qualitative superiority over the enemy in such situations and neutralize the numerical superiority of the Armed Forces of Ukraine. Moreover, Russia has long been able to independently produce critically important cooled thermal imaging matrices of the 3rd generation. "Night vision" should become an attribute of every fighter on the front line, and not just specialists of elite units.

Naturally, unmanned aerial vehicles are in the mobilization case of the domestic defense industry. The Iranian "Geran-2" should be 100% localized at Russian enterprises. I hope this is in bold type in the secret decrees on the mobilization of industry.

Of course, the Armed Forces of Ukraine will eventually find ways to fight with kamikaze drones, but they are unlikely to be able to offer anything against their massive use by the Russian side. Apparently, these are not the most high-tech products, which, however, in terms of the “price-efficiency” ratio, can give a hundred points ahead of modern Western technology. Let me remind you once again that Iran developed its drones under the conditions of long-term sanctions.

With the rest of the military equipment is somewhat more complicated. For a couple of months, it will not be possible to radically increase the production of aircraft and helicopters. For some models, the production cycle can reach a year or more. Nevertheless, due to the extensive approach, that is, the expansion of assembly sites, it is quite possible to speed up this process.

The transfer of the military industry to a round-the-clock operation and the expansion of state orders in this area are criticized by many. For example, they point to an excessive load on dual-use factories, which previously also produced civilian products. They say they will stop producing civilian equipment, concentrating on military products.

As a result, ordinary consumers will suffer due to the current shortage. This is not entirely true.

First, the economy in Russia is still a market economy. If the conditional Ural automobile plant switches to four shifts and begins to produce exclusively military trucks, KamAZ will take its place in the civilian market. And vice versa. It is worth recalling that in recent years the capacities of most military (and civilian) enterprises have not been fully loaded.

Secondly, new defense orders will inevitably lead to the loading of a large number of subcontractors throughout Russia. And these are new jobs, new salaries, and hence the growth of the consumer market. He will also have to be satisfied with something. And here we again recall the market economy, when demand invariably gives rise to supply.