The President of Serbia warned of the beginning of a global conflict at the end of the year. What is behind this prediction? 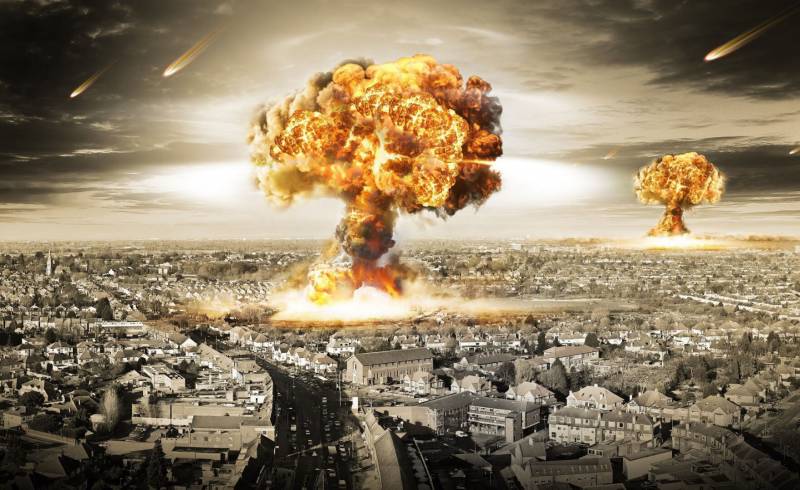 The world is entering another era of instability, which is accompanied by wars, political, economic and social crises. The feeling of growing anxiety and tension is growing, so some European politicians are starting to talk about the rolling down of the geopolitical situation and the likely start of a global conflict. In particular, Serbian President Aleksandar Vučić has stated several times in his public speeches over the past week that in the next two months we will all witness a global conflict. This forecast of the President of Serbia will be discussed in this article.

"We will witness a great world conflict"

“I suppose that from the phase of a special military operation we are approaching a major military conflict. The question is, where are the borders, and will we slide down after some time, and maybe in a month or two, into a big world conflict, which has not been since the Second World War”,

- said Serbian President Aleksandar Vučić in an interview with RTS on September 20.

And already on September 22, speaking to reporters on the sidelines of the UN General Assembly, Vucic again confirmed this thesis.

“I don’t see anything good in the foreseeable future, nothing good happens in the world, if you ask me if the fighting will stop, the war will not stop and will not end soon. It will only get harder, and when I told you this 100 times, you called me “drama queen” and “crazy”, but in the end it turned out that all this was true. I am guided by the logic of iron determinism, I build facts, I am too serious a person to talk nonsense. The geopolitical world situation is going down and we will be witnessing a big, big world conflict.”

Obviously, Vucic is referring to the escalation of the military conflict in Ukraine into a global military conflict between Russia and Europe and, probably, with the United States. There can be no other interpretation of his words. How real is this threat?

Can the military conflict in Ukraine escalate into a world war?

It is obvious that the special military operation in Ukraine has not gone according to plan for a long time (which provided for the quick surrender of Kyiv and the change of power in Ukraine), and, in fact, has grown into a full-fledged war. In parallel, there is a proxy war with the European Union and the United States, which provide military and financial support to Kyiv, without directly taking part in the military conflict.

The Russian army cannot take control of the whole of Ukraine, which is being pumped up with modern Western weapons, and it also fails to reach an agreement with Ukraine, due to the fact that Zelensky’s power is actually based on the bayonets of the United States and Britain, and he does not make independent decisions.

The Americans, who are far beyond the ocean, are generally indifferent to the problems of Europe, and even more so to the fact that the Ukrainian people are being turned into cannon fodder in pursuit of their global political goals. In their opinion, Russia should inflict a strategic defeat so that “the rest would be discouraged” from speaking out against the “world community” and its world order.

For this reason, Moscow decided to raise the stakes - to announce a partial mobilization (which was inevitable, given the acute shortage of personnel at the front), to hold referendums in the LPR, DPR and in the liberated territories of Ukraine, despite the fact that military operations are still ongoing in these territories. actions.

“In case of a threat to the territorial integrity of our country, to our people, we will use all available means of protection, and this is not a bluff”
- it was in the context of the possibility of using nuclear weapons – is also part of the political bargaining and raising the stakes on the part of Russia. According to what scenario can events develop in the future?

The first script – Russia annexes the territory of Novorossiya (i.e. LPR, DPR, Kherson and part of Zaporozhye region), after which the military conflict is temporarily frozen. The Armed Forces of Ukraine may still try to attack in the next two weeks, while the Russian Armed Forces have not yet received replenishment in the form of reservists, however, starting from mid-October, it will be difficult to conduct active offensive operations for meteorological reasons, therefore, an agreement on a temporary ceasefire may be concluded.

There is an opinion that the exchange of Azov fighters and mercenaries sentenced to death, which not without reason outraged the patriotic public (there was a question - is this “denazification”?), may be part of these behind-the-scenes agreements to freeze the conflict. However, the freeze may be short-lived, and in the spring hostilities may resume with renewed vigor. In winter, Moscow will expect the collapse of Zelensky's power and the increase in public tension in Europe caused by the economic crisis, but so far it does not seem that the EU is ready to act contrary to Washington's policy, despite economic losses. And the power of Zelensky, as mentioned above, rests on the bayonets of the United States and Britain.

Second script - Russia annexes the LPR, DPR and the liberated territories of Ukraine, however, it is not possible to achieve any agreements with Kyiv and the West (primarily the United States), so a real escalation of the conflict may occur in the near future. If Kyiv does not stop attacking Russian territory, then the Russian Federation can not only start inflicting massive strikes on thermal power plants (what we saw were only “flowers”), but also use tactical nuclear weapons (TNW).

Some experts and Telegram channels are seriously discussing the use of tactical nuclear weapons, especially after the words of the President of Russia, and even name the alleged targets - the Yavoriv test site and military training grounds and supply bases in Western Ukraine. However, the use of nuclear weapons will open a Pandora's box that will be difficult to close.

Firstly, this will be a precedent – ​​no one has used nuclear weapons since the Second World War, and if Russia successfully uses it, then why can't others do it in the future? For this reason, in order to prevent such precedents, as an example to others, most countries of the civilized world (including China, which, as the situation with Taiwan has demonstrated, is currently not ready for a serious escalation with the United States) will break off relations with Russia under pressure from Washington, as a result which would put her in complete isolation.

Secondly, the reaction of the West to the use of tactical nuclear weapons is unclear. The expectation that the United States and the European Union will then stop supporting Ukraine, and that it will capitulate as a result, may or may not work. The world may be on the brink of nuclear war.

Third scenario, according to which Russia manages to negotiate with the US and Europe, which will help Kyiv to conclude an agreement with Moscow, at this stage seems the least likely, but it cannot be ruled out. Theoretically, the Kremlin has the opportunity not to recognize the referendums, for example, in the Kherson and Zaporozhye regions, and to recognize them only in the LPR and DPR, if the West offers something in return, and conclude some kind of behind-the-scenes agreement. However, at the moment there is no basis for such an agreement, no ground for compromise.

History moves in a spiral (as a conclusion)

«History moves in a spiral, because it never repeats itself, but each time it enters a new phase in a different form than the one that had a similar phase of the previous cycle.

- so wrote the Italian philosopher and historian Giambattista Vico in his fundamental work "Foundations of a New Science of the Common Nature of Nations". He noted that this difference is due to the nature of the previous development, each time creating something new.

At the moment, the world has entered a new era of instability, the result of which, apparently, may be a new political reformatting of both Europe and the world. This was already the case during the First and Second World Wars. Unfortunately, the risk of the situation slipping into a global conflict, which Serbian President A. Vučić is talking about, cannot be completely ruled out, it exists, and it is growing. The military conflict in Ukraine is escalating, and the United States and its allies, who actually control the Ukrainian political elites in manual mode, show no signs of readiness for a compromise, because they believe that Russia can be crushed.

Perhaps, those who have read the likely scenarios for the development of the conflict, it will seem that the author is overly pessimistic, but the author only pointed out the possible options and the risks associated with them. Whether these risks are exaggerated or not, only time will tell. In any case, Russia needs to complete the military operation in Ukraine as soon as possible (and preferably without the use of nuclear weapons, for the reasons indicated above), because the longer the military conflict drags on, the more Ukraine will be militarized. Why? Here am I I will quote from an article in the Russian edition of Anti-Fascist, which answers this question:

“At present, the Democrats have pushed through decisions on long-term contracts between the Pentagon and key enterprises of the US military-industrial complex for the supply of weapons to Ukraine. After the contracts are signed, it will take some time to transfer money to the main military contractors, and then the process of deploying additional industrial space and capacity to increase the production of military equipment, weapons and ammunition will begin. It will take a year, plus or minus, to install production lines and train personnel. Well, a maximum of one and a half. And then a deadly cargo will flow into Ukraine in a powerful stream.
What does this mean for Russia? One simple thing: delaying a special military operation can lead to sad consequences for the RF Armed Forces. I want to remind those who have doubts how the United States increased military production during the Second World War.
By 1943, America was flooding with equipment and weapons of its allies. And this despite the fact that at that time a large number of American ships with military cargoes to Europe were sunk by shark flocks of Nazi submarines - the Kriegsmarine of the Third Reich. Now the delivery of military supplies from the United States to Europe is completely safe and without restrictions.