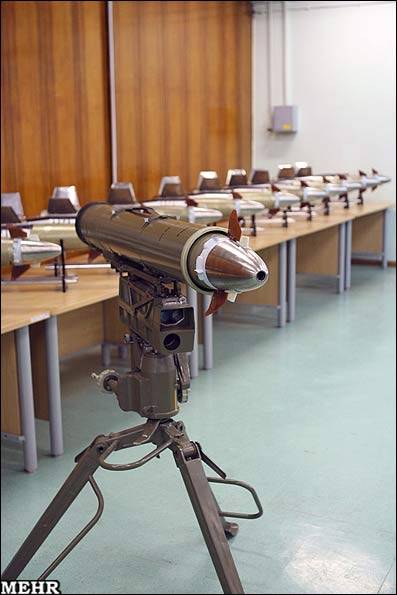 One of the first manufactured ATGM "Dehlaviye", July 2012. For demonstration, the rocket was put forward from the TPK. Photo Missilery.info

The Iranian army is armed with anti-tank missile systems of various types, produced by its own industry. One of the latest developments in this area is the Dehlaviyeh ATGM, adopted at the beginning of the last decade. It is believed that this complex is of Russian origin. The characteristic appearance and other features of the rocket indicate a copy of the Kornet-E complex or some of its ideas.

Apparently, the development of the future Dehlavie ATGM was carried out by Iranian industry at the turn of the XNUMXs and XNUMXs, but the existence of this project was not reported until a certain time. In an atmosphere of secrecy, design work and subsequent tests were carried out, as a result of which the complex received a recommendation for adoption.

The new ATGM was officially announced in July 2012. Then, as part of a solemn ceremony, the Iranian Minister of Defense launched the mass production of such weapons. The production of complexes was mastered by one of the enterprises of the Organization of the Aerospace Industry.

The complex was named "Dehlavie" - in honor of the city in the province of Khuzestan, where fierce battles took place in 1980. It was reported that the new ATGM has high performance characteristics, uses laser beam guidance and is capable of hitting modern Tanks with dynamic protection. 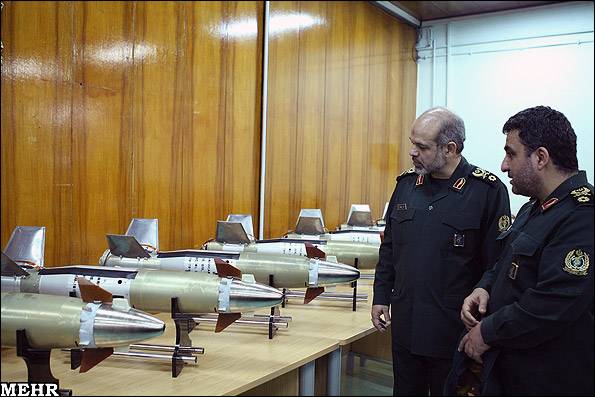 Demonstration of serial products to the leadership of the Ministry of Defense, 2012. Photo by Missilery.info
During the ceremony, already manufactured complexes and their components were demonstrated. They showed a new type of launcher, made using some ready-made units. They also revealed the appearance of a guided missile and its container.

It turned out that the Dehlaviyeh ATGM externally and, probably, in terms of the composition of the units, is similar to the Russian product 9M133 from the Kornet-E ATGM for export deliveries. As a result, versions about the Russian origin of the project appeared. According to some estimates, the Iranian complex is a simple copy of the Kornet, while others suggest some processing of the original design. However, the possibility of independent creation of ATGMs and ATGMs with an eye on the advanced foreign model was not ruled out.

Which of these versions is true is unknown. Iran claimed to have developed the ATGM independently. The Russian side, in turn, did not confirm or deny the voiced assumptions. At the same time, it is known that "Cornets" are produced only in Russia, and the license for the production of such weapons was not transferred to anyone. 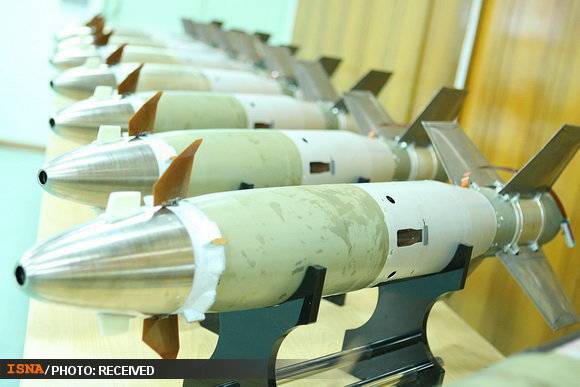 Missiles without containers. Photo by ISNA

The complex is in service

The launch customer of the Dehlavie complexes was expectedly the Iranian armed forces and the Islamic Revolutionary Guard Corps. Already in 2012, they received the first batches of new weapons and began their deployment and development. In what quantities Iran ordered anti-tank systems for its needs is unknown. It can be assumed that at least hundreds of launchers and thousands of missiles for them arrived at the unit and warehouses.

In the first half of the 2015s, Iranian structures began to transfer Dehlaviyeh anti-tank systems to friendly foreign formations. At various times it was reported that Hamas, Ansar Allah, etc., had such weapons. For example, in XNUMX, the UAE army demonstrated a whole set of Iranian-made anti-tank systems, captured in Yemen or intercepted during delivery to the Houthis. Similar news did later.

According to known data, the Dehlavie complexes were actively used in almost all Middle East conflicts of the last decade. Unfortunately, there are no exact data on their use and results of launches. Nevertheless, the nature of these wars, the characteristics of the fleet of warring parties and other factors suggest the high effectiveness of the Iranian anti-tank systems.

Dehlaviyeh is a second-generation anti-tank missile system with the ability to be used in a portable, portable or self-propelled version. A single ATGM and several variants of launchers with different features and capabilities have been developed. 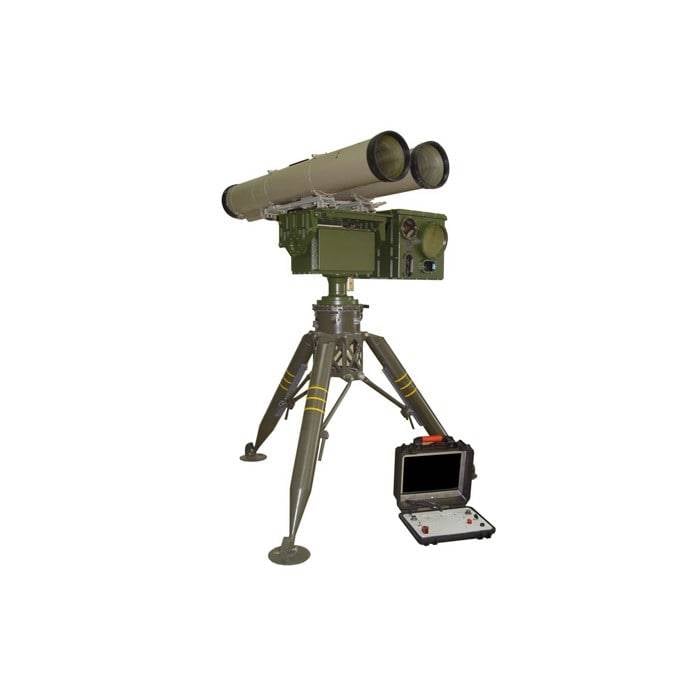 Launcher for two missiles in the 2015 version. Photo Telegram / ImpNavigator
The Dehlavie missile is similar in appearance and architecture to the ammunition of the Russian Kornet. This product is in a spindle-shaped body with deployable rudders in the head section and an X-shaped tail. The head of the hull, apparently, only accommodates the steering machine. In the center are two warhead charges and a solid propellant engine. The main instruments of the control system are placed in the tail.

If Dehlavie really repeats the design of 9M133, then the diameter of this rocket should be 152 mm, length - 1,2 m, weight - approx. 26 kg. The missile is delivered in a cylindrical transport and launch container with mounts for placement on the launcher. The flight range should reach at least 5,5 km.

Iranian ATGM uses laser beam guidance - like the Kornet. The automatics of the launcher sends a laser beam to the target, and the rocket in flight tends to stay on it. The strengths of this guidance principle are well known.

For the Dehlaviyeh ATGM, the ability to destroy armored objects with dynamic protection is declared. This indicates the use of a tandem warhead with a lead and main charge. The penetration of the Iranian warhead is not named. "Kornet-E", in turn, pierces 1200 mm of homogeneous armor behind the DZ. 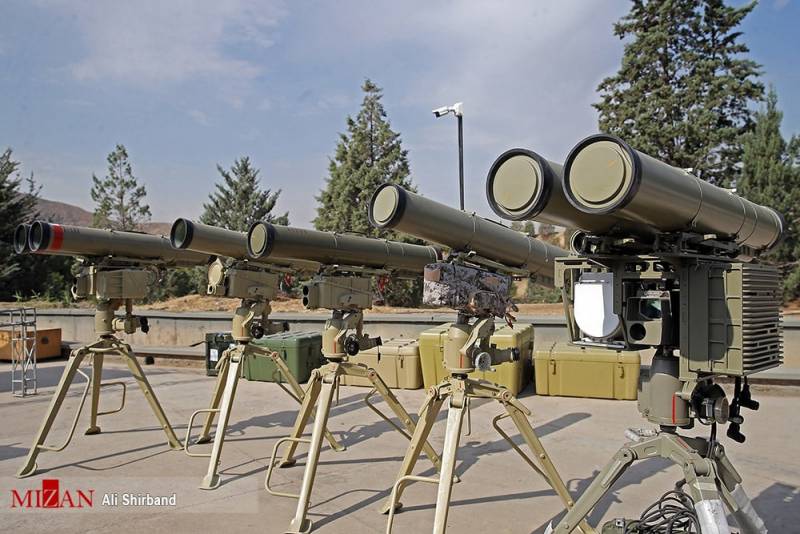 Modern nomenclature of man-portable launchers. Photo Mizan Online
In 2012, along with the rocket, a portable launcher on a tripod went into series. It includes a control unit with optical instruments and mounts for the TPK rocket. The control is carried out in a semi-automatic mode: the operator manually holds the aiming mark on the target, and the complex independently provides missile guidance.

In 2015, it became known about the existence of a new launcher with enhanced combat capabilities. She received a new block with optics and mounts for two TPKs, equipped with remotely controlled aiming drives. Management is carried out from the remote operator's console. The possibility of simultaneously launching two missiles at one target has been declared.

In the future, this installation was improved; mainly due to the simplification and lightening of the main units. In addition, a new version of the basic portable installation was created with the possibility of mounting and launching two missiles.

A self-propelled version of the Dehlavie ATGM has been developed. In this case, the missiles are used with the Pirooz combat module, which can be mounted on various vehicles. The module carries up to four TPKs with ATGMs and is equipped with an optical-electronic station for searching for targets and guiding missiles. In the stowed position, the module is lowered into the body of the carrier machine. 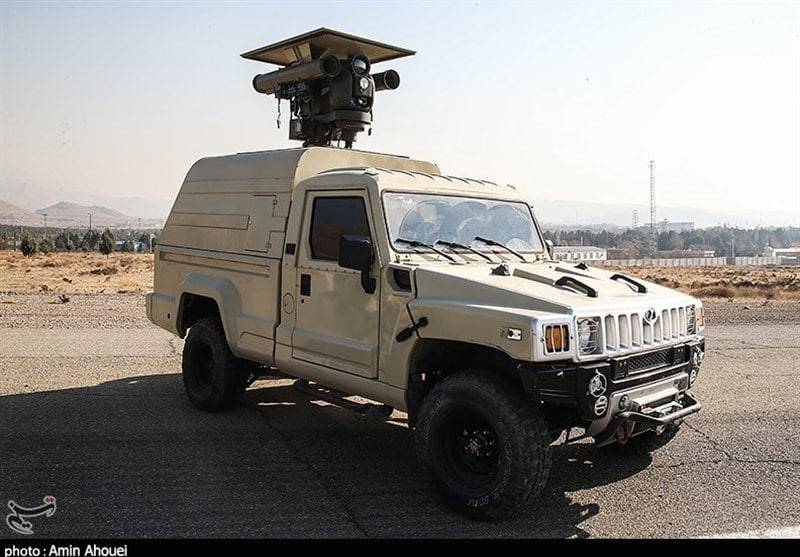 In general, the Iranian Dehlaviyeh ATGM is a fairly successful and effective example of its class. In terms of the combination of tactical and technical characteristics, this complex, at least, is not inferior to other foreign anti-tank systems created at the same time or earlier. At the same time, several options for the execution of the complex are offered, which expands its operational capabilities.

The high potential of the Dehlavie ATGM is due to several factors, and the main one is the successful choice of the existing system for copying. The Russian complex "Kornet" of the first version was created in the mid-nineties and at that time compares favorably with its main competitors. Over the past years, he has not lost his capabilities and, in general, remains an effective anti-tank weapon.

By repeating the design of the "Kornet-E", created more than 20 years ago, Iran received not the newest, but successful weapon for equipping infantry or other units. In addition, friendly foreign formations got a chance to get an effective ATGM - and this opportunity has long been realized.

It should be recalled that over the past 25 years, the Russian ATGM "Kornet" has come a long way. New versions of missiles with enhanced performance and modifications of the complex with their own characteristics were created. Such projects have clearly shown what modernization potential the complex has. 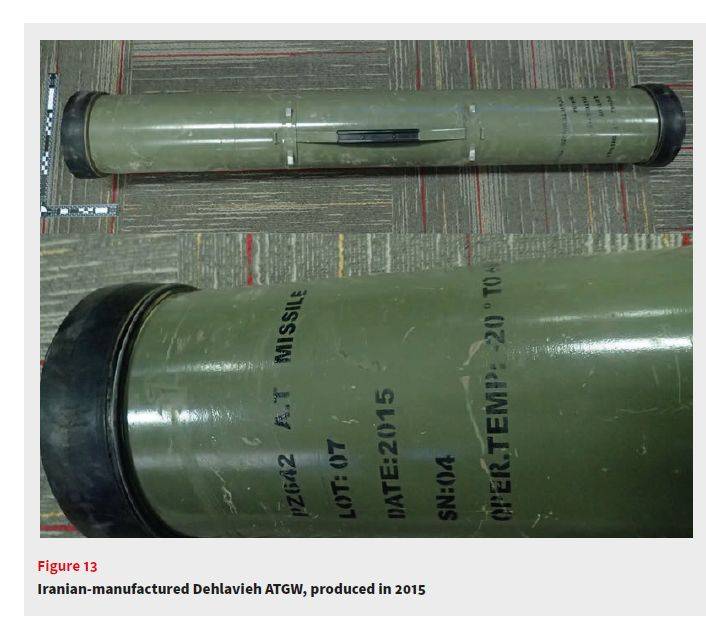 Rocket handed over to the Houthis and intercepted by UAE troops in November 2015. Photo by Conflict Armament Research
The Iranian military and gunsmiths have already taken into account the Russian experience, which led to the emergence of several variants of the Dehlaviyeh ATGM with different launchers. It is quite possible that the use of Russian ideas and concepts will continue, and the result of this will be new modifications of the missile with an increased flight range and increased power of the warhead.

Back in the eighties, the Iranian industry showed its ability to independently produce anti-tank missile systems, although at that time it was only about copying available foreign designs. Subsequently, Iran demonstrated the possibility of independent modernization of such weapons. In addition, new foreign developments made at a different technical level were copied.

10-12 years ago, Iranian enterprises were able to copy one of the best modern anti-tank systems on the international market - the Russian Kornet-E. Then the resulting Dehlavie complex was updated and developed using available methods. All this shows that Iran has made great progress in the field of anti-tank weapons and is able to create modern missile systems, albeit with certain limitations. And the experience gained with the help of foreign samples is already being used in their own projects.