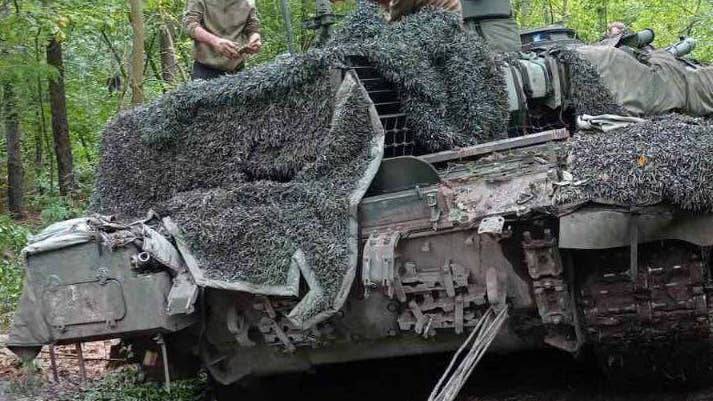 Roman Skomorokhov in his angry article mentioned that soon we will be able to read the opinion of Americans like Kyle Mizokami or Tyler Rogoway regarding our newest tank. And he is absolutely right. They keep their finger on the pulse and respond very quickly.


For example, an article about a tank that fell into Ukrainian hands appeared on September 19, 2022. True, it does not tell how and where this happened, there are practically no photos, the advantages and disadvantages are not understood - all this will be later and under the heading of secrecy. But, I think, many will be interested even in what they write now.

“A completely intact copy of the Russian T-90M tank was captured by Ukrainian forces, and this is apparently the first time that a first-class combat vehicle has fallen into their hands. Possession of such an advanced tank is yet another stroke of luck for Ukraine and its NATO allies in a long chain of unexpected finds (here is a link to the discovery of the wreckage of a Su-30SM along with a RTU518-PSM container). There is a good chance that the captured T-90M, also known as Proryv-3, will eventually fall into the hands of NATO allies.

In social networks, including the Ministry of Defense of Ukraine, numerous photos of the outside and inside of the tank have been published (there is a link to the YouTube page, but only numerous comments are opened). The Ukrainian Defense Ministry stated that the tank was found in the Kharkov region in excellent condition.

There are suggestions that the tank crew of three simply abandoned the combat vehicle where it was found after it lost its track. On one of the images of the stern of the tank, it is clearly seen that the caterpillar is missing from the port side. One of the later videos shows a Ukrainian tank towing this T-90M, indicating that it has lost its mobility.

A track is usually lost when it slips off the track roller, sprocket and tensioner, which can happen on particularly difficult terrain, inadequate maintenance, or simply poor driving technique. Depending on the severity of the incident, reinstalling a track can be a complex process, and leaving a tank in such circumstances is not uncommon.

What is surprising is that the crew apparently made no attempt to destroy the machine, or at least the most important equipment.

M1A1 drops caterpillar
After all, the tank in question is one of the most modern in the Russian arsenal and has so far been very rare in combat operations in Ukraine. This example is no doubt in excellent condition compared to the one previously reported as destroyed by enemy fire in the northeast of the Kharkiv region (link).

Prior to this, at least one T-90M was noted to have seen combat in the same area in April, when Russia redoubled its efforts to expand its control over Donbas territory. In that case, a hastily camouflaged tank appeared in a video published by the National Guard.

As we have already discussed, the T-90M is the most technically advanced and combat-ready tank that has reached the status of full combat readiness. The next-generation tank T-14 "Armata" is not yet used in advanced units and is available only in very modest numbers. He has not yet appeared in hostilities in Ukraine.

The first serial T-90Ms began to be delivered to the 2nd Guards Taman Motorized Rifle Division in the spring of 2020. By the beginning of hostilities in Ukraine, the number of these tanks, presumably, did not exceed 100 pieces.

While the still untested T-14 is a revolutionary design, the T-90M shows more of an evolutionary approach, building on the design of the T-90, which was first introduced in the late 1990s and was in turn a further development of the T-72. . In this sense, it can be compared rather with the T-80UM2, an experimental upgrade of the T-80, which seems to have had only one prototype and was also lost in the fighting in Ukraine.

Among the features of the T-90M is an improved 125-mm 2A46M smoothbore gun in a modernized turret. This is complemented by the presence of a remote-controlled 7,62 machine gun on the turret. Photographs of the interior show the presence of interesting details of the sighting system, which is believed to be of the PNM-T designation.

The PNM-T sight is interesting because it is the result of a broad effort to reduce the dependence of the Russian military-industrial complex on Western technology. This initiative gained momentum after the events in Crimea in 2014 and has become even more important since then, as new measures make it even more difficult for Russia to obtain Western high-tech components. We have already reported on this problem, and in particular, it affected the production of tanks.

Introduced in the period 2018-2019, the PNM-T is positioned as an entirely Russian system, in contrast to the previous Sosna-U, which relied to some extent on components from the French company Thales. It was Sosna-U that was previously installed on the T-90M.

The T-90M is also better protected than its predecessors, with improved armor and countermeasure systems. This includes an integrated "Relic" system designed to protect against HEAT rounds and minimize the impact of armor-piercing feathered sabot rounds (APFSDS). 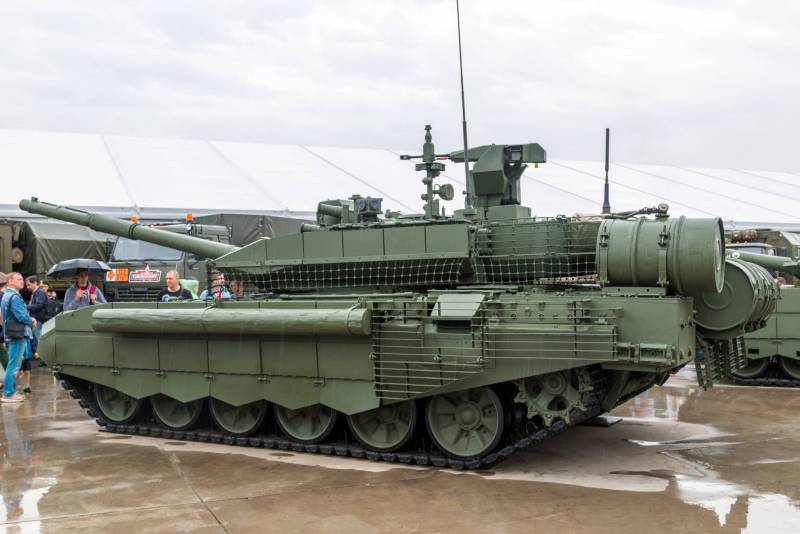 At the same time, the captured copy is equipped with a characteristic coating with the “Cape” index, which should absorb radar radiation. This is yet another step to improve protection against controlled weapons, which reduces the thermal, infrared and radar radiation of the machine. "Cape" is designed both to protect vehicles and to camouflage field fortifications, ammunition depots and other objects. All in all, this T-90M can provide some very interesting insights into the capabilities of this very modern tank and its subsystems.

Ukraine has successfully used captured or abandoned Russian equipment in the past. However, since so far only one T-90M has been captured in working condition, it will most likely not be used in a combat situation, but will be analyzed and serve as a source of intelligence.

It will add to the diverse collection of military vehicles and high-end equipment that fell into the hands of Ukrainians, often in good condition. Last week we talked about the Taran-M electronic intelligence vehicle, which joined the captured equipment, including part of the Krasukha-4 electronic warfare complex.

The targeting system of the PNM-T in particular may be of significant interest, revealing much about the capabilities of this tank and others with similar equipment, the ability to hit targets in various conditions, and how it works in the face of opposition.

It will also be very valuable to see how the Russian industry has solved the problem of replacing Western high-tech components, as well as the results of similar efforts to "russify" the optoelectronic devices of fighter jets.

Since advances in armored vehicles are characterized to a greater extent by competition in firepower, protection and mobility, it seems that the T-90M will be of great interest, both for Ukraine, and for the United States and Western countries.

It is currently unclear to what extent Ukraine shares intelligence information with the United States and other partners, although there appear to be channels through which such information is shared. It is very likely that even samples of captured Russian equipment are being transferred to the United States. After all, there is still a pre-war precedent for the transfer by Ukraine to the United States of equipment of Russian-Soviet origin for use in the foreign materiel exploitation (FME) program.

The fact that Russia uses a very wide range of military vehicles in military operations is no longer surprising. Examples range from the latest types that have just entered service to Cold War tanks that have long since been replaced by more advanced designs. However, as long as the vehicles are in the hands of the Ukrainians in such good condition as this T-90M, they will continue to provide important clues about the capabilities and shortcomings of the equipment of the Russian military.”

Here is such a история.