October 22 2012
4
The German branch of the European Missile Association MBDA (MBDA Germany) 17 in October 2012 announced the launch of the first two successful test launches of the KFK (Kleinflugkörper program) small-sized small-scale launch vehicle at the Baumholder range (Germany). Both launches were made on September 19 in an unmanaged mode with a trial launcher.

The KFK program, jointly funded by MBDA and the German government, was developed in the secrecy stage before this announcement and little is known about it. MBDA reports that the KFK program provides for the creation of a multi-purpose portable portable small-sized high-precision missile system, designed primarily for operations in urban environments. The rocket, apparently, is intended to destroy both armored objects and firing points, to fight snipers, etc. The complex must be transported and used by one infantryman. KFK tests will be continued in 2013 year. 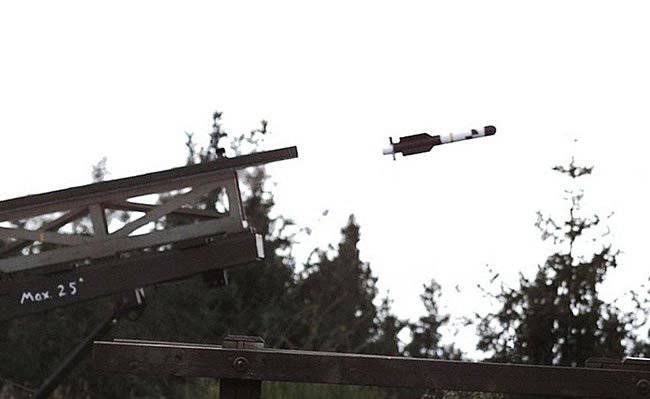