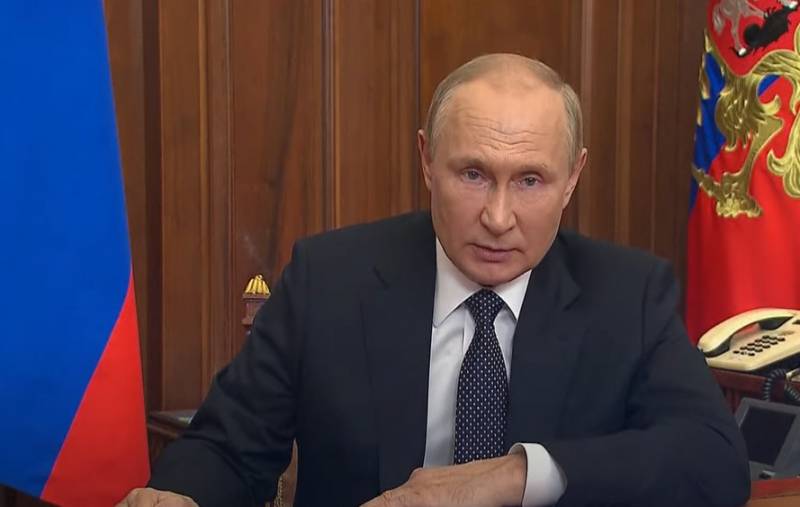 During an address to the people, Russian President Vladimir Putin made a statement that a decree on partial mobilization had been adopted. According to the head of state, partial mobilization in the Russian Federation begins today, on September 21. Putin instructed officials to provide all necessary assistance to the military commissariats.


The head of state said that the mobilization will affect people who are in the reserve of the Russian Armed Forces and who have relevant experience. At the same time, priority will be given to Russians with certain military specialties.

Our independence and freedom will be ensured by all available means. Who is blackmailing us with nuclear weapons, it is worth saying that the wind rose can turn in their direction.
According to the President, Russia unequivocally supports the holding of referendums in the Donbass and the territories of the Kherson and Zaporozhye regions, since people in these territories are subjected to real terror from Kyiv, behind which stands the entire North Atlantic military bloc.